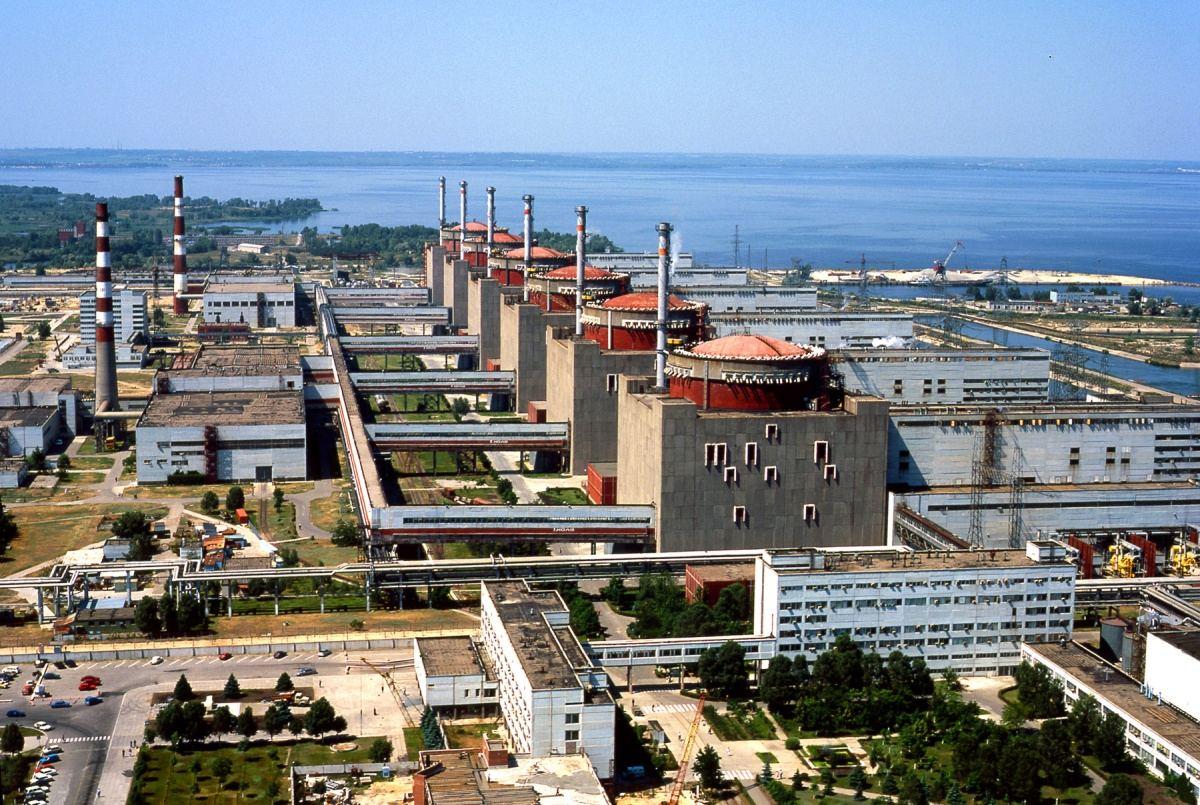 The Zaporizhzhia nuclear power plant, the largest of its kind in Europe and the fifth-largest in the world, is on fire due to Russian shelling. The overall damage to the facility is unknown at the moment. There is a live-stream video of the facility when it was attacked.

My God. The mayor of Enerhodar reports Russian military strikes at the Zaporozhye nuclear plant. Here’s the video. https://t.co/9VJSjpDH8g

Construction of the six nuclear generators began in 1980 and were commissioned between 1985-1996. It should be remembered that Chernobyl nuclear disaster occurred on 26 April 1986. So even during the Chernobyl disaster, one of the world’s largest nuclear power plants was still under construction. The Zaporizhzhia Nuclear Power Plant has a net capacity of 5,700 megawatts and a gross capacity of 6,000. It also accounts for more than a fifth of the country’s electricity generation. Concerns about the plant emerged in December 2014 after an incident caused heavy blackouts in Ukraine. Fukushima had six reactors and totalled 5306 megawatts and Chernobyl had 4,000 megawatts and accounted for 10% of the country’s electricty.

In 2014 when fighting broke out in the Donbas region, there were concerns that this plant would be targeted as it was only 200km (125 miles) from the fighting between the Ukrainian government and Russian-back separatists. At that point, Greenpeace’s nuclear expert Tobias Münchmeyer expressed concerns that the 1.2 meters (4 feet) thick concrete enclosures were not strong enough to withstand bombardment.

Just a couple of days ago, Russian tactics shifted. Russian troops were simply surrounding urbanized centres, aside from Kyiv, and moving on – a stark indication that they did not want to get bogged down in urban warfare across Ukraine. That has now changed. After bombarding Kharkiv the day before, Russian paratroopers landed in the city and street battles ensued. Of course, sending in paratroopers also means that mechanized infantry and armoured units should follow to help relieve the lightly equipped paratroopers after they establish a foothold. The Russians have already cut off power and water to cities such as Mariupol. This is part of Russia’s new tactic concerning urban population centres. The issue of course is bombarding a nuclear power plant does not make any strategic sense due to the possible crisis which now appears to be unfolding.

Russia’s Foreign Minister Sergei Lavrov stated yesterday that the reason for the Russian invasion of Ukraine was to stop any attempt by Ukraine to develop a nuclear weapon. At the end of the Cold War, Ukraine de-nuclearized its military as it found itself the 3rd largest nuclear weapons power in the world. This is also after President Putin stated that the reason for the invasion was to “de-nazify” the country.

Regardless, the issue at hand is that if all six nuclear reactors were scrammed (or shut off), at Zaporizhzhia,  before any damage was done, they will all be reliant on external power for cooling. Greenpeace found that the Zaporizhzhia plant had enough fuel for seven days to fuel the emergency diesel generators. Moreover, Greenpeace also reported in 2017 that “there were 2,204 tons of high level spent fuel – 855 tons of which were in highly vulnerable spent fuel pools. Without active cooling, they risk overheating and evaporating to a point where the fuel metal cladding could ignite and release most of the radioactive inventory. “

If the Russians have been limiting electrical power across the Ukrainian grid, then how can the cooling be sustainable outside possible diesel generators on site. Also with the war and its ability to interrupt even simple logistics…how can a sustainable interim solution be met? Without that cooling, the reactor fuel will become hotter.

It is critical that support staff, equipment, diesel fuel or electrical power, cooling water are available 24/7 for a compromised nuclear power plant. However, can this be sustainable during a war?  The damage to the facility is yet to be determined, but the Russians have placed the international community in a position where the world’s largest nuclear meltdown could be at hand.

At the moment, there have been no radiation leaks and staff at the plant are taking mitigating measures.

#Ukraine regulator tells IAEA there has been no change reported in #radiation levels at the #Zaporizhzhia Nuclear Power Plant site.

Russian forces seized the nuclear power plant after the fire was extinguished. It seems that the nuclear plant is intact, and that it was a nearby five-story training centre that was shelled.