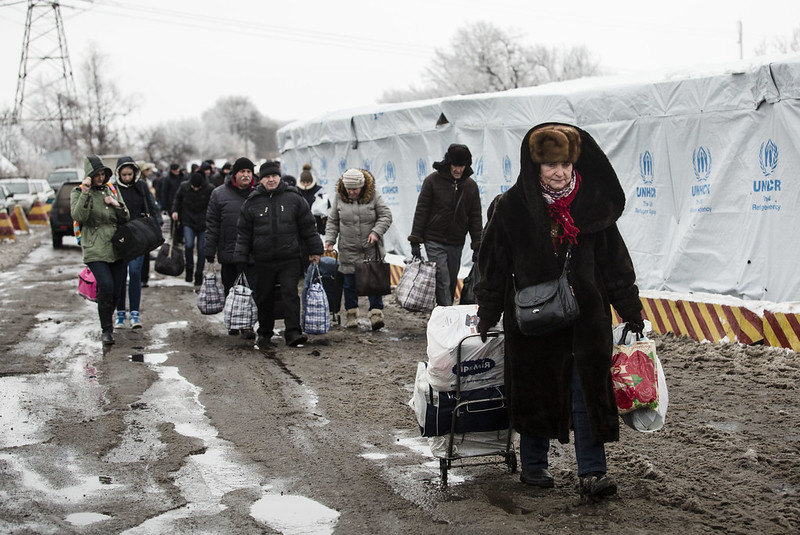 A video went viral today of a Ukrainian POW with his hands tied behind his back, pants torn, underwear torn later torn, given some local anaesthetics, and castrated in the field. It is a video that is hard to watch and even those who have watched videos of car bombings, ISIS beheadings, and drone attacks, including graphic drone strike videos published by the Ukrainian government. In fact, it is going to be one of the videos that will haunt me for years to come, especially when the part in question is dropped in front of the grunting soldier on the ground.

It is absolutely obvious that this incident is against the Geneva Convention on the Prisoners of War (1929). But it is one that should spark many questions.

Question 1: How many Ukrainian POWs have suffered this operation? Or similarly been beaten.

It was demonstrated in this video that this was not the first time that this Russian soldier has performed such a surgery. The video itself was 1 minute 36 seconds, which to me demonstrates a relative amount of skill and history in performing this surgery. The anaesthetic and the hogtying of the prisoner also demonstrates that there is some history there. Perhaps the Russian soldier was a farm veterinarian in his history. However, the video showed precision and knowledge of human dosage of anaesthetics as well as barbarity.

It has been well documented of the mass and forced, deportation of Ukrainian citizens to Russia. The Russian Ministry of Defence alone reports that close to 200,000 Ukrainian children were evacuated into Russia, and close to 1.1 million in total. Those numbers were back in early May. Russia has made territorial gains since. Russia funnels Ukrainians into what it deems as “filtration camps” as they are interrogated and searched by Russian officials.

Since 2016, Russia has occupied Crimea and Russian-backed forces have occupied some areas of the Donbas region. Russia introduced “a strategic educational program” to make children in Crimea let go of their Ukrainian identity and embrace Russian patriotism. Six years can be generational for children growing up and it also demonstrates what the Russians will propagate in the seized territory. It is more than winning the hearts and minds as in a long, protracted war it is about indoctrination and if Ukraine were to liberate Crimea next year, and there is no indication now that it is an important goal, it will be more of a risk for Ukrainian troops as there is a good chance for Russia to create to youth units to help in the defence.

Questions 3: When does the international community call this genocide?

Russia has egregiously attacked, bombarded and targeted civilian centres and not just front line cities or villages, but in towns like Kremenchcuk and their shopping mall – far away from the front lines. In a vain effort to capture Kyiv, Russia launched missile strikes on apartment buildings. The mass deportation of civilians to Russian territory, POWs being castrated, and children being indoctrinated.

The Convention on the Prevention and Punishment of the Crime of Genocide, signed in 2948 and effective in 1951, stipulates:

Article I
The Contracting Parties confirm that genocide, whether committed in time of peace or in time of war, is a crime under international law which they undertake to prevent and to punish.
Article II

It is becoming clear that Russia is committing genocidal acts on the Ukrainian population. It is even clear under the terms of the UN Convention on genocide.

Question 4) What will the international society do about it?

That remains to be seen as nothing that we have done so far has not prevented or mitigated this.