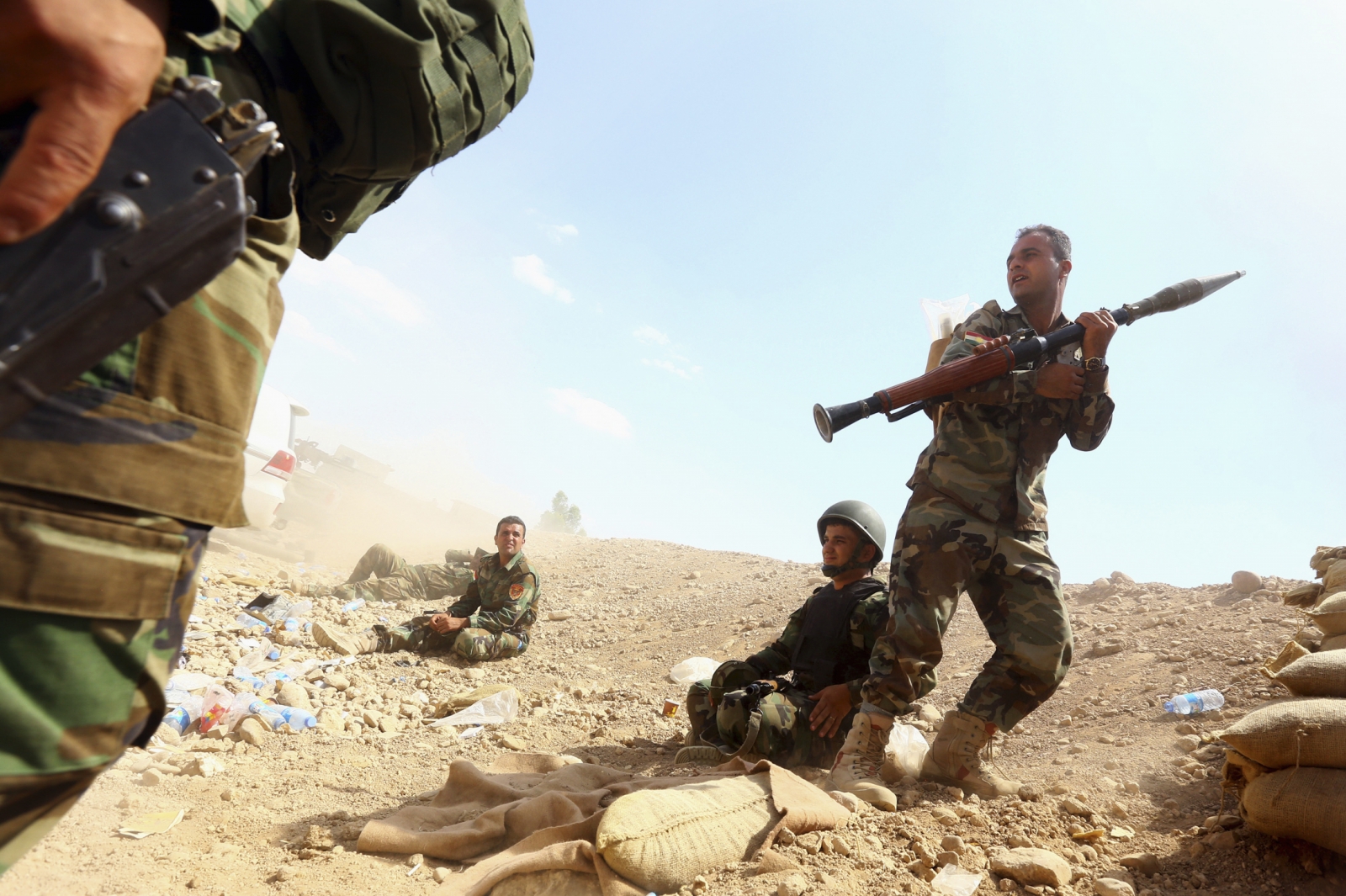 CIA Director John Brennan, in an interview to CBS’ Face the Nation, stated that the battle against ISIS will be a “long fight”. Brennan also commented that the situation will require both a military and a political solution. ISIS has recently seized Palmyra in Syria and Ramadi in Iraq and US Defense Secretary Ash Carter criticized the Iraqi Army by saying that they showed no will to fight. General Martin Dempsey, chairman of the US Joint Chiefs of Staff, told reporters that Iraqi Security Forces were “not driven out of Ramadi. They drove out of Ramadi.” It is not clear how much equipment was lost in Ramadi, but when Mosul was captured, almost year ago, ISIS captured over 2,300 armoured Humvees alone.

The Precarious State of Affairs

The precarious state that the Iraqi military finds itself is a problem going forward. The Iraqi military has been hit by the serious lack of specialized training, for example Explosive Ordnance Disposal Technicians and soldiers that are willing to fight.

The current US strategy is to provide training to local forces, air support and intelligence. The current strategy for the Iraqi government is to heavily rely on the Kurdish Peshmerga groups and the Iranian-backed Shi’ite militia. This heavy reliance not only erodes the Iraqi government’s authority, but also widens already existing sectarian divides.

Some analysts believe that Shia militias will be the next security threat after ISIS is removed. There have been reports that a Sunni man, suspected of being connected with ISIS, was burnt alive purportedly by a group belonging to a Shia militia. Iranian-backed Shi’ite militias have had more success and have been the cornerstone of the Iraqi success. Recently, the Shi’ite militias have gone on the offensive to take backAnbar province, the heartland for the Sunni minority in Iraq. Again, this is causing concern that this will fuel a sectarian conflict.

The United States openly denounced the name that the Shi’ite militia chose for the operation to re-take Ramadi. The name”Labaik ya Hussein,” is  slogan in honour of a grandson of the Prophet Mohammed who was killed in a 7th century battle that led to the divide between Shi’ite and Sunni Muslims.

The efforts to create a Sunni militia can only be described as stagnant. In early May, Iraqi authorities signed up the first batch of Sunni recruits, which totaled a mere 1,000. The US changed gears after the fall of Ramadi and is seeking to create a Sunni militia by recruiting Sunni tribesmen. This will undoubtedly further create a divide between the Iranian-backed Shi’ite militia and the Sunnis as they will be seen as America’s ally.

The Perilous Game Ahead

As the Iranians back their Shi’ite militia with Iraqi government approval; the US is going to create a Sunni militia which will have to work alongside Shia and Shi’ite militias, the Kurdish Peshmerga groups and the Iraqi security forces. This is already looking like a tangled web weaved by sectarian hatred and geo-politics even before ISIS is added to the equation.

But aside from that, our goal is still to ‘degrade’ ISIS. ISIS is already notorious for its social media propaganda and its well-groomed image. This image has not only attracted thousands of willing fighters, but has allowed their territory to operate without an uprising. When ISIS captured Palmyra, there were reports that they executed 400 men, women and children and the question was: “what else will happen”? ISIS decided that they would not demolish the 2,000 year old Roman town, but only the statues which they deemed to be polytheistic. ISIS, then, demolished the notorious Syrian-government prison in Palmyra which saw the excessive torture of the suspected Syrian dissidents. ISIS also claims that 141 civilians were killed by the Syrian government in Aleppo because of a ‘barrel bomb attack’.

To defeat ISIS, we need to remain constant with counterinsurgency principles. The US emphasis on creating a Sunni militia to help retake ISIS territory is a step, but not the final step. A united front is what is needed – Kurdish, Sunni, Shi’ite, Shia militias to work along with the Iraqi army to retake these areas from ISIS but with a common purpose and goal for a united country. If this does not happen then what we are doing is only creating sectarian fiefdoms and battle-hardening the troops for the fight ahead. If this happens, then we are only inviting ISIS to return in a new form or even to remain among a population which is not only fearful of the different sects, but also Sunnis that decided to work for the US. This is the political war that has be won first before ISIS falls.