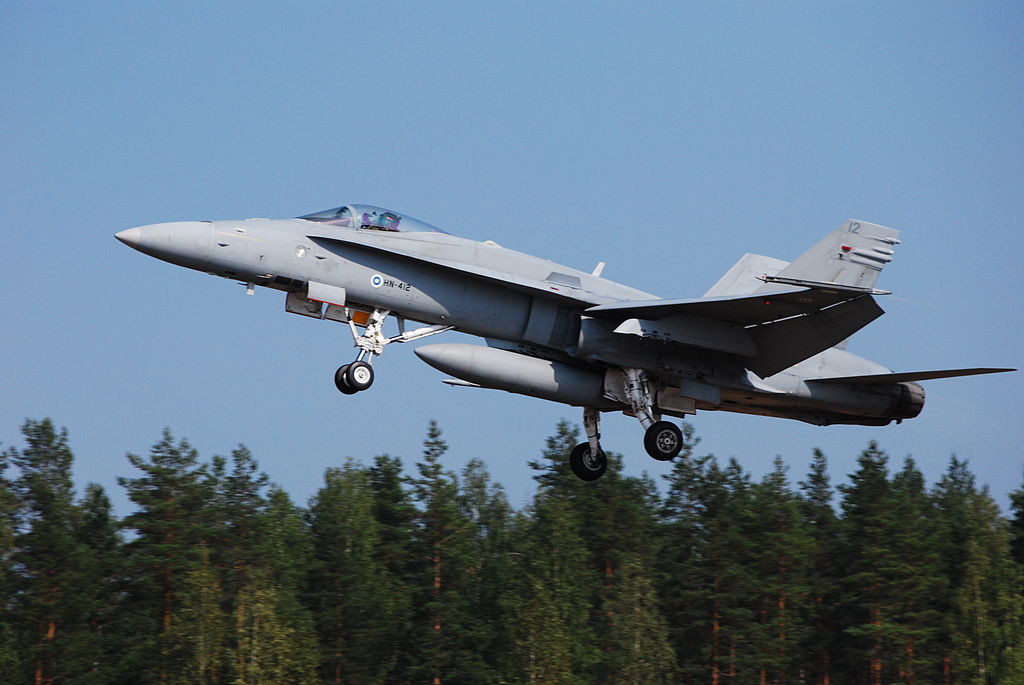 On 11 July 2015, the Finnish Ministry of Defence released its recommendation for the procedure of replacing the F-18 Hornet fleet that are slowly but surely coming to the end of their service career. It is clear that Finland’s geopolitical standing and the changes in its operating environment emphasise the importance of maintaining and developing the defence capability that meets the future requirements of the operating environment. To this end defence cooperation is increasingly important, and the selection of the replacement system for Hornets is one key factor in defining future ties. A modern air power and air defence system is a key element in Finland’s defence capability, and therefore selecting the right plane for the job comes with ties that will define Finland’s future collaborators.

The report recommends that in order to maintain defensive deterrence the Hornet fleet’s capabilities must be replaced with a system based on a multi-role fighter starting from 2025. These could be complemented with anti-air systems and unmanned aerial vehicles (UAV), but neither of the two alone can replace the Hornets’ capabilities. Finland will be investigating into the possibility of UAVs to increase its intelligence, surveillance and reconnaissance capabilities. It is unknown when these other systems will be put to tender. However, the project for replacing the Hornets should start this autumn, and Requests for Quotation should be taken during the electoral term of 2015–2019. It is also recommend that the decision to procure new multi-role fighters must be taken in the early 2020s.

The report identifies some potential replacements, which are: Boeing Super Hornet, Dassault Rafale, Eurofighter Typhoon, Lockheed Martin JSF F-35 or Saab JAS Gripen. From two US ones, a Swedish, a French and a joint European plane, the decision must be made to whom would Finland rely on for maintenance, munitions, spare parts, and systems upgrades. Sweden recently offered the Gripen to Brazil and India and given the strengthening partnership between Sweden and Finland the Gripen will be a serious contender.

Compatibility with future missions will also play a role, and in case of a crisis the same compatibility will determine to whom Finland would turn for assistance. The list is very NATO-heavy, and that is not a surprise considering the geopolitical developments of late. As Finland is a NATO partnership country and a long term participant in NATO-led peacekeeping operations it is clear this style of compatibility will play a part in the decision making process as well.

The process of finding the funding and forming a task force as well as reviews, studies, meetings, Requests for Quotations and legal check-ups will be a long one, but one thing seems to be certain: there is a clear understanding in the Air Force and in the Ministry of Defence that this process needs to start now. Hopefully JAS Gripen’s new model will be in production by then, and the F-35 will have gone through its infancy issues so a solid and reliable system can be selected, based on true and determinable capabilities. In the meantime, the battle for the next-generation fighter has moved to Finland.