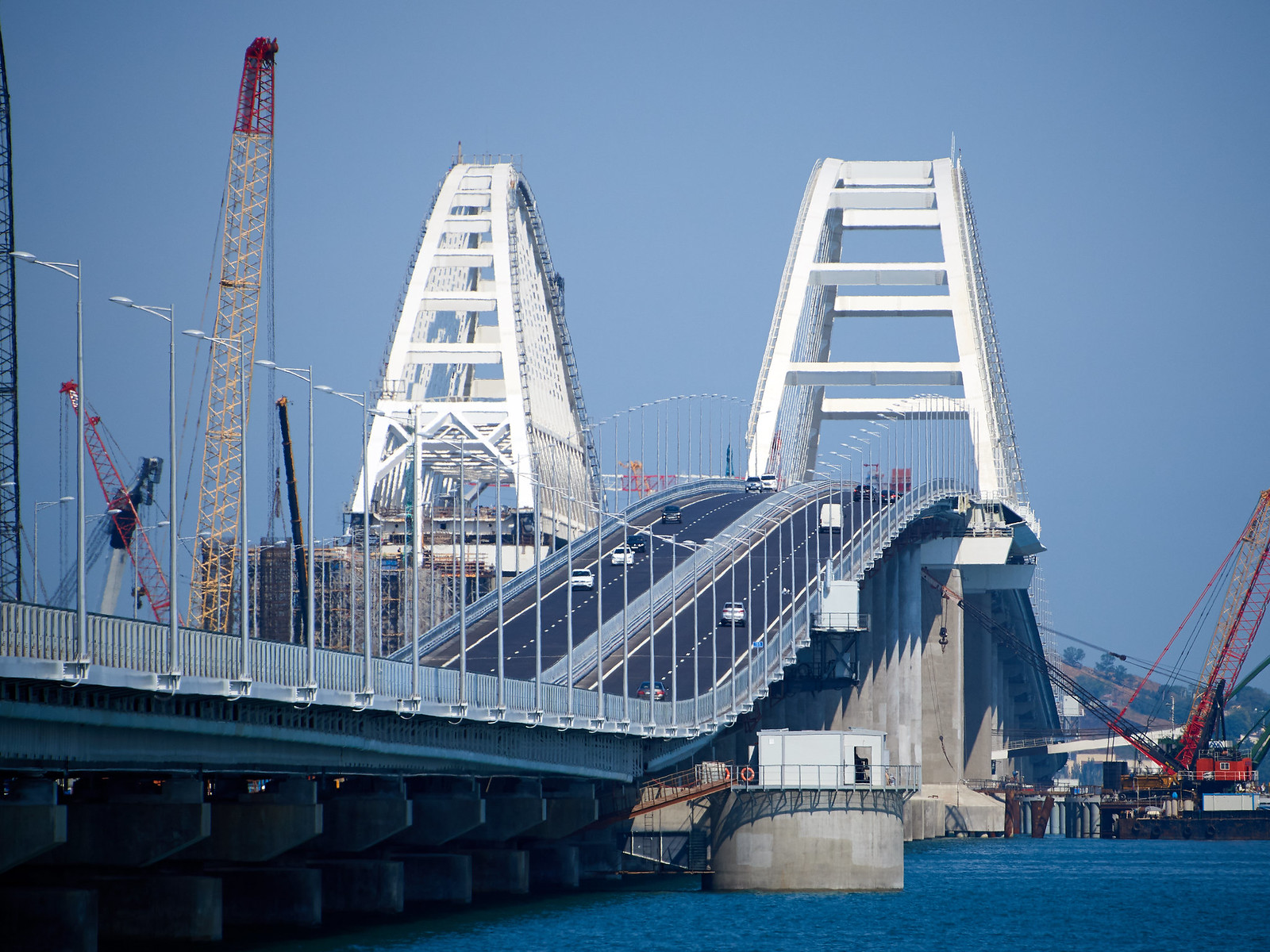 What disabled the Kerch bridge? Russians suspected Ukrainian Special Forces. There is a video of a red semi truck driving across just as the bridge exploded, so that is in question. Drone strike? Missile Strike? It is no there is no definitive answer as to exactly what.

However, there are some new developments and footage that may explain it. First, let’s examine the video. There is no noticeable aerial device headed toward the bridge before the strike. No discernible shadow on the bridge road, nor was possible exhaust seen. It does not rule it out entirely, but it is unlikely.

Ukrainian Special Forces, if they are responsible, would be because of two delivery options. First the truck crossing.  The red-coloured truck was coming from the Russian side. There is a video of it being inspected by Russian police before it exploded on the Kerch Bridge. It is believed that the truck and its driver came from the Krasnodar Krai region, according to Russian officials, which is in the North Caucasus and near Kerch. If Ukrainian Special Forces were to have utilised the truck as a bomb, it would mean that a team were able to infiltrate Russian territory, take control of a semi-truck, plant the explosives needed and then somehow get past a Russian police inspection at the bridge.

The second scenario involving the Special Forces option is that they were able to insert a team, place explosives on the bridge and exfiltrated, this is more plausible.

However, there have been two developments. A new video (see below) of the moment there was an explosion at the bridge. Notice on the far right there is some unusual wake being created just before the detonation. It also seems implausible for a suicide waterborne vehicle to detonate with crew onboard.

The other option is a water-borne explosive device (WBIED) and it is gaining credibility. According to a new article by the US Naval Institute, an unmanned drone washed up near the Russian naval base in Sevastopol last month. The WBIED theory is still to be proven, but it is a serious contender and, in my opinion, – a WBIED device was used in the Kerch Bridge attack. It would make more sense as to the destructive pattern as only one lane collapsed and the resulting blaze and collateral damage set the rail line on fire. In addition to this, deploying a WBIED would give a greater tactical advantage as to when the precise moment of detonation and being able to target the rail line which seemed to be carrying fuel.

USNI believes that the drone in question, which washed ashore at Sevastapol, is based on the Canadian Sea-doo design of the GTX or Fish Pro model. If the reports are true, it would be credible that Ukraine would deploy such a device again the crucial Kerch bridge. Moreover, a WBIED targeting the Sevastopol naval base would have been a demoralizing and crushing blow for Russia. It makes sense that if the WBIED had failed that once technical issues were addressed that another target would have been approved to ensure that Russian forces were not ready for it. For instance, a jamming device could have been deployed at the naval base to ensure that any command signals to a WBIED would be interfered with.

The irony of it all is that Iran was the first to deploy WBIED and has been used by Houthi forces in Yemen. Just as they were the first to use the Shahed-136, which DefenceReport just discussed last week. Houthi rebels have used WBIEDs against Saudi Arabian targets and Iran threatened to shut down the Strait of Hormuz with WBIEDs as well. Ukraine has utilized drone warfare during its war with Russia and if they did use a WBIED against the Kerch Bridge, and failed with Sevastapol, it would mark a new phase of Ukraine’s drone warfare.