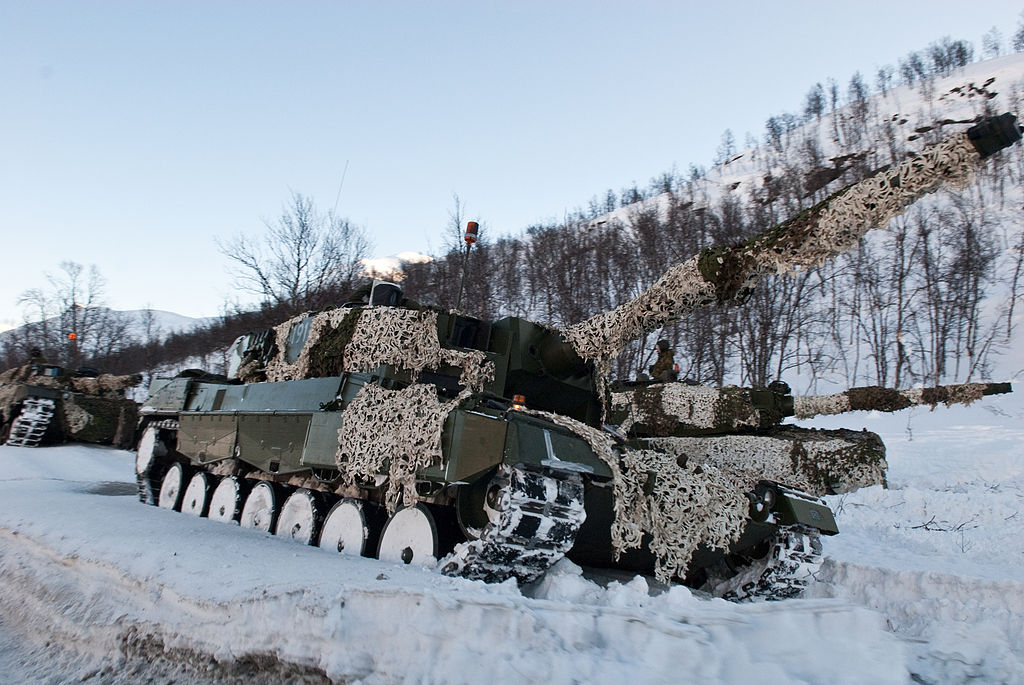 Once again, there seems to be a shift in Ukraine’s allies’ assessment of the war. France is now going to provide their AMX-10RC (RC for Rouse-Canon or wheeled gun). This caused a media flurry as with its 105mm cannon it was deemed by many news sources as a tank, but with it is an armoured fighting vehicle for reconnaissance purposes. France also pledged Bastion Armoured Personnel Carriers. Soon afterwards, American and German pledges soon surfaced that they would provide infantry fighting vehicles soon came afterwards. The US is providing 50 of its post-Desert Storm 30-year-old M2 Bradley Fighting Vehicles. In fact, it has only taken a fortnight for some of the vehicles to change hands with the Ukrainians. Germany is providing up to 40 of the Marder infantry fighting vehicles (IFVs).

Western countries are so worried about sending tanks to Ukraine, they’re arguing about what is and isn’t a “tank.” We offer our humble suggestion. pic.twitter.com/MNU50lw4O1

This is a ramp-up in weapons systems and capabilities. More is yet to come and there have been some pledges. Britain is the first country to transfer modern western tanks to Ukraine with the pledge of 14 Challenger 2 tanks and 30 AS90 self-propelled guns. Unfortunately, the issue with the UK’s pledge is that 14 Challenger 2 tanks can quickly turn to a third of that — one-third operational; one-third in repair; one-third as spare parts. And we have seen this even in countries like the United States which produce their own.

There is pressure from its allies to equip Ukrainian forces with main battle tanks.  But given the vast number of Leopard 2s being used by western militaries, there is mounting pressure. Ukraine plans to ask Canada for some Leopard 2s. This a request which may fall on deaf ears due to Canada’s limited numbers and probably low numbers that are mission capable. Poland stated that it will provide a company of Leopard 2 tanks if there is a coalition willing to as well. Finland pledged that it would send a limited number of Leopard 2 tanks as long as big NATO countries such as France and Germany take the lead. The Leopard 2 makes more sense for Ukraine as there is an abundance of numbers among western militaries, unlike the Challenger 2 or the Abrahms, and that also geographically translates to spare parts and other logistical nightmares, such as training crews. Ukraine’s military had some fun recently making an advertisement for the Abrahms but think of it as more of a hint to the US to put pressure on Germany.

If there was ever an example of mounting international pressure and a diplomatic nudging, it would be this. NATO members and Finland have increased the array of weapon systems and the step forward to IFVs does demonstrate that they are no longer seen as an offensive weapon that may destabilize the war. Two decades ago, we were talking about the  DeutschePanzerSchlussverkauf that the Netherlands and Germany were having with their grand surplus of Leopard tanks. The Netherlands gave up its main battle tanks altogether and realised its mistake.  It would be an understatement in saying that Germany has been hesitant in providing weapons to Ukraine. Germany’s foreign minister visited Ukraine’s eastern city of Kharkiv which did give some hope that the Germans maybe be reconsidering the tank embargo. However, it is more than the proverbial uphill battle for Ukraine.

There has been hesitancy throughout the NATO alliance to provide Ukraine with a blank cheque and fulfil the Ukrainian wish list. The hesitancy and holdback on arms transfers stem from worries about Russian escalation. Putin and his hardliners threatened to use tactical nuclear weapons in Ukraine and therefore would force a response by the West to respond. Russian missile strikes in western Ukraine sparked fears that Russia may target aid transfer points along the Polish and Slovakian borders with Ukraine. There were also concerns that Russia would target European bases that are training Ukrainian troops. Both scenarios might invoke a NATO Article V call out for the collective defence of the alliance. However, Article VI does allow for interpretation as to what was attacked and if Article V can be enacted. There is room for debate among the alliance and therefore also room for it to be rejected.

Germany has been playing its own game. Germany linked its energy security with Russian oil and natural gas supplies. The fallout from Fukushima led Germany to decide to shut down its nuclear reactors, but the new government decided to reverse the decision until April 2023. Germany also decided that it would increase its reliance on coal for energy production. German energy concerns trumped Russia’s invasion of Ukraine already when it comes to energy concerns.

A Canadian firm was in possession of five gas turbines that were used in Nord Stream 1 which provides natural gas to Germany and Europe. These turbines were sanctioned and were not allowed to return to Russia. However, these turbines were handed over to Germany and then to Russia to circumvent Canadian sanctions. This is when the EU was in talks of cutting Russian pipelined fuels and embargoing any Russian tankers. However, Germany went a tad further as it was revealed by then Germany’s new foreign minister that Germany threatened further weapons transfers to Ukraine if the gas turbines were not transferred to Germany — and then transferred to Russia. Germany’s hesitancy has been based on energy security, which two decades ago was discussed as how Russia would use fossil fuels as a weapon against Europe for policy gains.

Ralf Stegner, parliamentary leader of the Social Democrats (who hold 20.5% of the Bundestag), believes that main battle tanks are still a bridge too far. Stegner told Deutsche Welle that the Marders are enough and that sending tanks would open the possibility of western aircraft in the future and, in his opinion, lead to western troops being deployed in Ukraine. Germany’s Chancellor, Olaf Scholz, comes from the same party. German arms manufacturer, Rheinmetall stated that it would take the company until 2024, at the earliest, to repair any Leopard 2 tanks for delivery to Ukraine. Rheinmetall has approximately at least 22 Leopard 2 tanks and 88 Leopard 1 tanks in its own inventory but it would take hundreds of millions of Euros to refit them.

The real battle has always been Germany. Poland offered to transfer its MiG-29 fleet to a US airforce base in Germany for transfer to Ukraine. This was rejected by the German government at the time as they thought it would be a target for Russian aggression. And again, gas turbines used for a Russian pipeline to Germany – the Sholz government threatened future arms transfers to Ukraine over it. Some would argue that threatening the Canadian government would be an easier target than the British or Americans, but the threat was there.

– “It would risk breaking up NATO”

Arms transfers to Ukraine have always been part of a calculated risk assessment based on their current needs, capabilities and objectives and threats of further escalation. If western allies are starting to step up main battle tank pledges, how long can Germany withstand this torrent? And what concessions will have to be made to Germany? US President Biden already hinted that one member hinted that the NATO alliance would fracture and crumble over arms transfers. The easy money would be on the German government.

It would be simple to point the finger at Germany and state that the Russian military has failed, and poorly-trained conscripts are now being thrown in the meat grinder. The Wagner Group just took Soledar while suffering massive casualties and seemingly there is a power struggle between Putin and Yevgeny Prigozhin, the head of the Wagner Group, and various other political hardliners and commentators. Russia refined its cyberattack capability over the past couple of decades. There is the adage of what a wounded bear would do in a corner. However, Ukraine endured almost a year of this current war with attacks on its infrastructure, a push to Kyiv that most (myself included) didn’t think they would be able to counter. We have overestimated the Russian bear and underestimated the Ukrainians.

Yes, tanks might lead to aircraft. But stingers and anti-tank munitions led to artillery, which led to less capable HIMARs, which has led to Infantry Fighting Vehicles. It is much to the Ukrainian’s chagrin that our hesitancy has crippled their capabilities in the field, but it also had to be done to the mish-mash of hand-me-downs that they have had to incorporate and maintain. It is great that the UK pledged Challenger 2 tanks, but in order for a concerted Ukrainian offensive to retake their lands they need concrete logistical supply. This does mean the Leopard 2 and Germany needs to wake up.