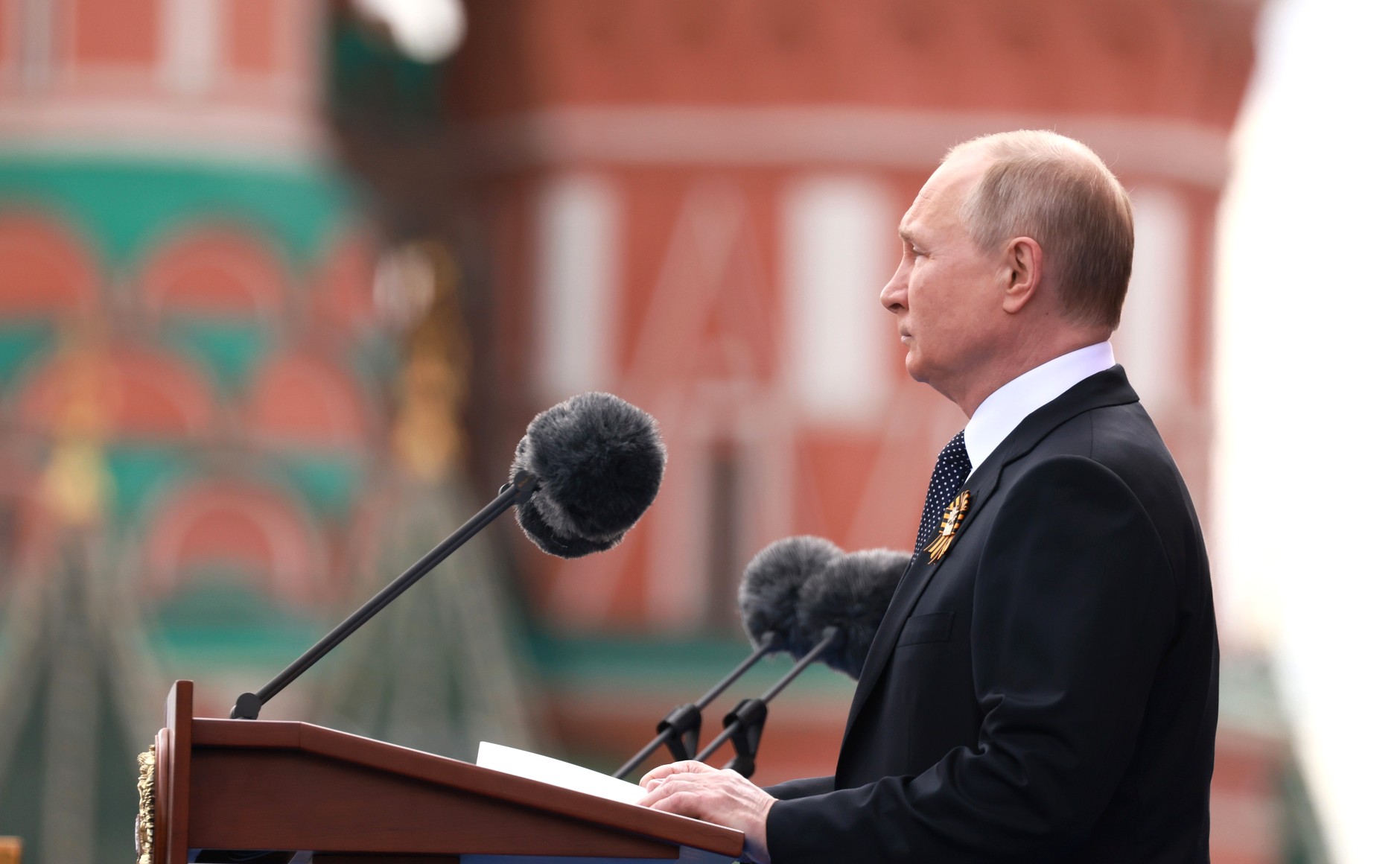 President Putin marked the first Victory Day celebration since their invasion of Ukraine. Obviously, the usual pomp and circumstance of a military parade in Red Square occurred. Some analysts believed that Putin would take this as an opportunity to upgrade the status of the “special military operation” in Ukraine and declare war on the country.

That did not happen and in hindsight, it does make sense that Putin would not make this an opportunity to widen the scope of the war. How can Putin widen the war in Ukraine if Russian propaganda is declaring an overarching success? And it has not been the success, Putin had hoped for. In all, President Putin’s speech was tepid from what was expected, but it only makes sense that it would be. There has been no glory and there are signs that some Russians are attempting to lift the digital iron curtain.

Putin declared that the Neo-Nazi Ukrainians have conducted “atrocious and barbaric shelling” in Donbas. And also mentioned a 2014 incident where pro-EU and pro-Russian protesters clashed, and 42 pro-Russian protesters were trapped in the House of Trade Unions in Odessa and were killed in a fire. An incident which just marked a painful anniversary last week as Odessa officials.

Putin continued to prognosticate that the special military operation was one of Russian glory.

Donbas militia alongside with the Russian Army are fighting on their land today, where princes Svyatoslav and Vladimir Monomakh’s retainers, solders [sic] under the command of Rumyantsev and Potemkin, Suvorov and Brusilov crushed their enemies, where Great Patriotic War heroes Nikolai Vatutin, Sidor Kovpak and Lyudmila Pavlichenko stood to the end.

These very historical references to past glories and battlefields may not have resonated with everyday Russian citizens. Putin did continue the narrative that Russia went into Ukraine to “de-Nazify” Ukraine. This was one of the reasons the Russian government still perpetuates today. And heralding that narrative on Victory Day, the annual anniversary of Russia’s defeat of the Nazis, may have won the hearts and minds of those who believe the Russian government’s narrative of this conflict. Putin also laid the blame for the conflict solely on NATO and American exceptionalism.

Let me repeat, we saw the military infrastructure being built up, hundreds of foreign advisors starting work, and regular supplies of cutting-edge weaponry being delivered from NATO countries. The threat grew every day.

Russia launched a pre-emptive strike at the aggression. It was a forced, timely and the only correct decision. A decision by a sovereign, strong and independent country.

Russian propaganda can only go so far with keeping the Russian public attuned to the Kremlin’s version of the conflict. Victory Day also heralded a slew of cyberattacks on Russian media sources with anti-war statements, including the Russian versions of Google and YouTube. The veil of the curtain may be beginning to lift. It has been reported that Putin’s Digital Iron curtain may be just a veiled curtain as Russian VPN use is on the rise with millions adopting the IP address masker.

The horrors of Bucha and other atrocities will come to light and as will Russian casualties. The Soviets listed the casualties in the decade long Soviet-Afghan war as 13,310 dead and 35,478 wounded. US intelligence estimate that the Russians have lost between 7,000 to 15,000 personnel in this month-long war. The Russian new, repurposed advance in the east has been stalled almost to a halt with Ukrainian forces making counteroffensives in some regions.

But Putin did give himself a bit of an escape clause: “cutting-edge weaponry being delivered from NATO countries.” Putin could attempt to rewrite the history that the Russian performance is not because of poor training, poor upkeep on armoured vehicles, the antiquated vehicles and kit that it has deployed, ill-preparedness of tactical and operational planning, poor communications equipment and or that there is virtually no satellite assets in theatre. Putin could solely blame Russia’s defence industry.

For example, the T-14 Armata tank, which debuted in the 2015 Victory Day Parade, has not been deployed in theatre and was supposed to go into serial production this year after a series of setbacks. It probably will not go into serial production this year. The Sukhoi Su-57 fighter jet, which first flew 12 years ago, is still not in series production with just over a dozen built and still very much in the development stage. 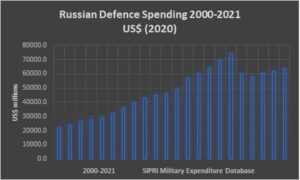 Russian defence spending has not really seen a significant increase since Putin took power in 2000 which would indicate Russia was committed to full force modernization.

Moreover, there has not been a revolution in Russian military thinking when it comes to actual physical deployments. Russia has expanded and developed its cyber and disinformation capabilities. These irregular warfare tactics can be useful when it comes to irregular operations, but not for conventional warfare operation that Russia is conducting.

When this war is over, we will be facing a different Russia. The bear came out of the cold only to find that its claws and teeth were not as sharp, its legs not as strong and its fur was patchy and mangy. Putin will not lay the blame on the feet of Russia’s glorious veterans, but he will lay it on the high command and also in turn on the Russian defence industry that has proven that it cannot produce high-tech, modern weaponry that is needed on the battlefields of the 21st century.

The full text of Putin’s Victory Day Speech can be found here [pdf].