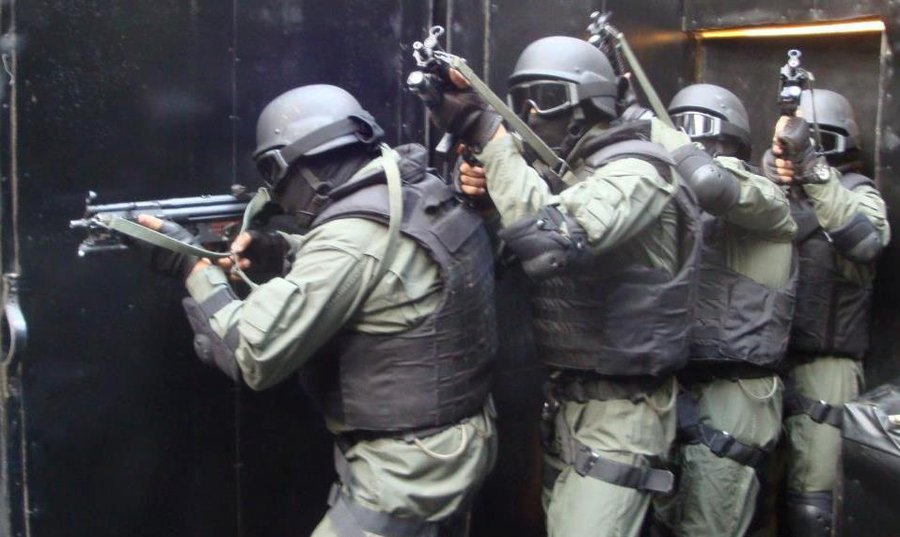 A volatile form of salafist Islamic extremism has been identified as the cause of recent fighting between Russian authorities and Islamist militants in the North Caucasus, and is the driving force behind growing extremism that threatens a large scale Islamist breakaway from the Russian Federation.

The killing of seven police officers by a suicide bomber on 19 August at the funeral of a slain colleague in the North Caucasian republic of Ingushetia, reportedly ordered by Caucasus Emirate (CE) leader Emir Doku Umarov, highlights the intensifying conflict between Russian authorities and Islamist militants in the region.

Experts say that attack, in conjunction with Saturday’s firefight in the predominantly Muslim province of Dagestan that left five militants and one police officer dead, is part of a larger Islamist insurgency that is now taking the offensive.

Robert W. Schaefer, US Army special forces commander with operational experience in the North Caucasus, told DefenceReport that while western media often report attacks like that on 19 August as being isolated incidents, they actually are the product of a planned strategy aimed at destabilising Russian central authority.

“The insurgents planned this attack in great detail in order to reach a particular target – the police chief of the Malgobek municipality, Mukhazhir Yevloyev,” said Schaefer, who now leads US Army theatre security cooperation efforts in Central and South Asia.

That focused strategy – and the hardline extremist force behind it – appears to be changing. What was once a more moderate form of dissent, aimed at targeting what many Muslims in the region regard as anti-Muslim government policies, has now transitioned to an uncompromising idealist brand of salafist extremism.

Schaefer said this extremist position resulted in the assassination on 28 August of Said Atsayev, a prominent Dagestani sheik whose moderate views and allegiance to Moscow were interpreted as a threat to the North Caucasus Islamist movement.

The latest outbursts of violence in the region also reveal a sharpening divide between the Islamist movement there and the Russian central government based in Moscow. Islamists increasingly view this divide as religious, a trend that Mark Galeotti of New York University’s Center for Global Affairs says is a sign of impending civil war in the region.

It is a divide that is reinforced in the messages of salafist leader and Chechen separatist Doku Umarov, who heads the region’s most powerful radical militant group, the Caucasus Emirate.

“The Russians regard their fight against the North Caucasus insurgency to be part of the international war on terror – and actively lobby the West to support their efforts,” said Schaefer.

“The Caucasus Emirate mujahideen are behind 99 percent of the violence in North Caucasus,” added Gordon Hahn, who is a senior researcher with the Washington-based Center for Strategies and International Studies.

Hahn, a senior researcher with the thinktank’s Terrorism Research and Education Program, explained that Umarov and CE have climbed their way up the US State Department’s terrorist watch list.

“These organisations have a certain command of autonomy. It is highly decentralised in terms of operations, but it has a very effective centralised power,” said Hahn.
CE’s decentralised operations have produced effective and deadly results, as demonstrated by the systematic targeting of senior police officials in the four regional networks.

The success of that decentralisation is borne from the underlying uniformity of ideology throughout the whole of the organisation. It is what Hahn refers to as “salafist al-Qaeda style Islamism.”

Experts classify CE as a proxy of al-Qaeda (AQ). For CE militants, however, allegiance resides universally within their own organisation, and there are no known connections to the AQ chain of command.

“I have met insurgents who bitterly blame al-Qaeda for dividing the Chechen rebel movement and thus ‘losing’ Chechnya,” NYU’s Mark Galeotti said, referring to the ten plus years of fighting between government forces and Chechen insurgents that began in 1994 when President Boris Yeltsin sent an invasion force into Chechnya to prevent its breakaway.

While the escalation of systematic attacks launched by CE in the region – and the group’s push for North Caucasus independence – may both be the result of Russian policy failure in the region, President Vladimir Putin’s administration has taken the view of his predecessors that independence would fatally weaken the Federation.

As Stephen Blank of the US Army War College’s Strategic Studies Institute explained, “Russians are fighting for the integrity of the state. I cannot see Russia voluntarily letting go of the North Caucasus. The problem is they don’t know how to hold onto it legitimately.”

While the North Caucasian drive for independence and self-determination persists, Moscow views the targeting of police and security officials as a small price to pay for keeping the now politically weakened government there in check.

But that fragile status quo, experts say, is in danger of being dramatically upset.

Those like Mark Galeotti say that any failure to prevent the insurgency from spreading to other Muslim sub regions would be disastrous. Muslim dominated Tatarstan was relatively stable until last month when radical Islamists targeted two religious leaders accused of being sympathetic with Moscow, killing one and severely wounding the other.

When contacted by DefenceReport, Movladi Udugov of the Caucasus Emirate associated news site “The Kavkaz Center” refused to comment on August and September’s CE attacks against Russian authorities.