The Balkan Geopolitical Frontline: NATO in the Region and Increasing Tensions with Russia 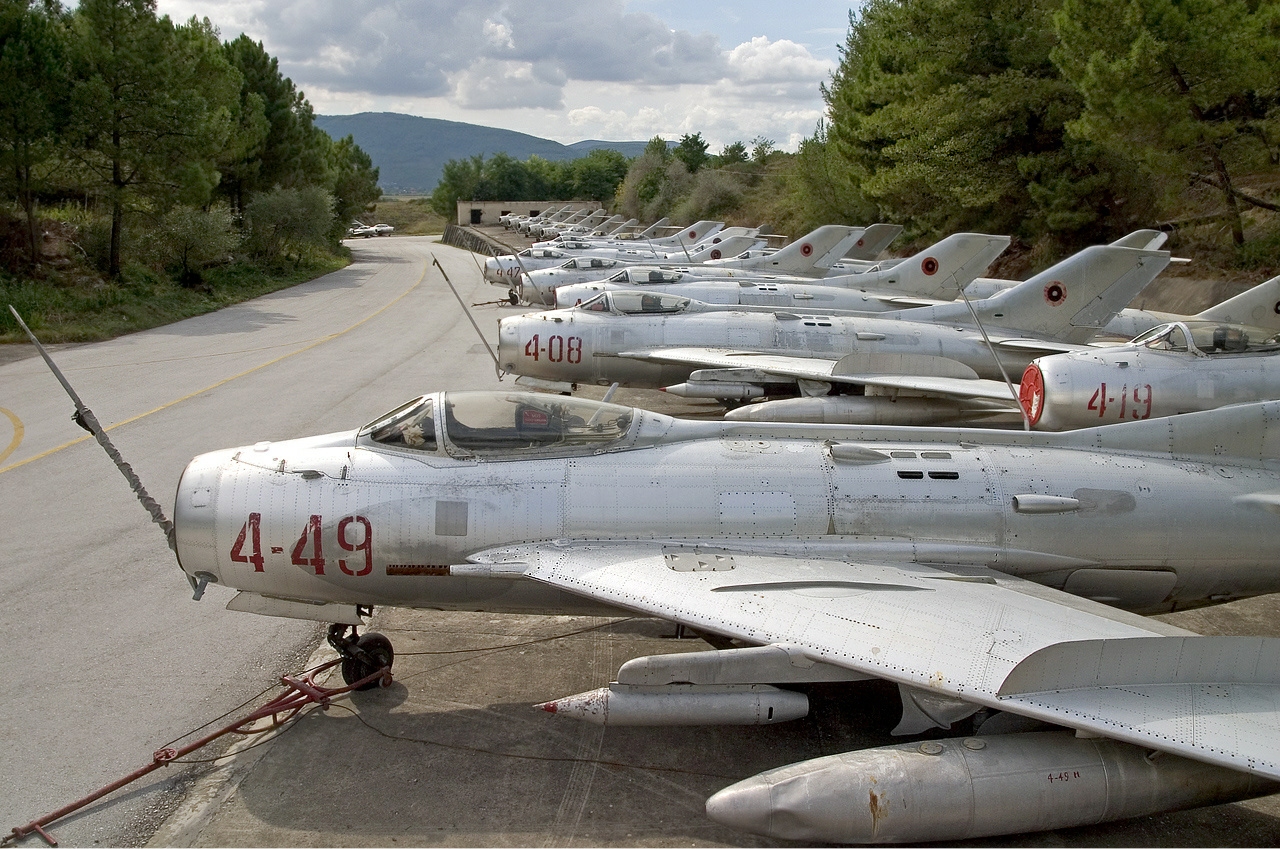 In recent weeks NATO has made two key moves that signal its intentions to expand its presence in the Balkans. The first was a recent announcement by NATO that it would be investing €51 Million into modernizing Kucova Air Base in Albania. This is intended to bring the airbase’s facilities “in line with NATO-approved standards” and includes restoration to the runway, construction of a fighter ramp, upgrade of the air base tower. It is worth keeping in mind that the Albanian air force no longer operates fixed-wing aircraft. Since 2009, when Albania joined NATO, Italy and Greece have provided air policing for the country.

This follows the visit of Olta Xhaçka, Albanian minister of defence, to Washington last spring where he met with then Secretary of Defence Jim Mattis. Xhaçka informed Mattis that Albania wanted a US or NATO presence in Albania to counter Russian efforts at expanding their influence in the region as well as to push back against Russian “destabilization” efforts. In addition, Albania was seeking to counter the growing interests of China and Iran in the Balkans.

This no doubt sits badly with Moscow, which has criticised NATO’s expansion to include Balkan membership as a threat to regional security.

It’s worth noting that NATO’s growing footprint in Albania comes at a time of significant change for the country. In the past year, Albania has shown increasing environmental consciousness and reevaluated both hydroelectric projects and drilling in protected areas. Albania has also been involved with a number of other NATO initiatives aimed at supporting regional security. This could suggest, as the Albanians claim, a desire to orient themselves with the West.

This, however, also comes, importantly, at a time when Albania has been dubbed the ‘Colombia of Europe.’ Albania has become the drug trafficking strongpoint for Europe with both US and European law enforcement officials describing it as the largest provider of cannabis to the EU and a key transit point for heroin and cocaine. Some have gone so far as to suggest it is nothing short of a narco-state. Despite Albania having one of the poorest economies in Europe, its cities are undergoing a massive construction boom and the level of organised crime related to the drug trade is tied up with this boom and the corruption that inevitably comes with it. This is a deeply concerning issue that will impinge upon NATO’s expansion.

membership in NATO has been resolved. With this obstacle seemingly removed NATO has announced that the ‘Republic of North Macedonia’ has signed their accession protocol on 6 February. It is hoped that their membership can be ratified rather quickly. Montenegro’s, as an example, took roughly a year. There are still those, however, who raise concerns over the nature of concessions made, on both sides, to shore up the deal and it remains to be seen if the membership process will be a smooth one.

This is only one component to the increasing tension in the Balkans. Serbia finds itself continually trying to walk the tightrope. In August Serbia began receiving Russian MiG-29 fighter jets as part of a larger arms purchase. Serbia has committed to buying significant equipment from Moscow with the Russians in the process of delivering 30 battle tanks and 30 armoured vehicles. In addition to the arms deal, Serbia has traditionally looked upon Russia as an Orthodox ally in ongoing tensions with neighbours and in connection with the wars of the Yugoslav break up in the 1990s. Serbia’s ultranationalists also play a role in complicating Serbia’s East-West foreign policy. Upon the delivery of the MiGs some demanded they be named after Serbian pilots and other “heroes” who died during the “NATO aggression” in 1999.

A symbol of both Serbia’s relationship with Moscow and inversely Moscow’s interest in the region can be seen in Putin’s visit to Belgrade in mid-January. While in the Serbian capital Putin reiterated the claim that he sought to support efforts to maintain calm in the Balkans. This came a day after he accused the West of destabilizing the Balkans through efforts to boost NATO membership. The connection to for

Moscow is fueled in part by the Kremlin’s unwavering support for Serbia on the highly emotional issue of Kosovo. Serbia has never fully accepted Kosovo’s independence. Russia similarly rejects it and has utilized its veto power at the UN to leave Kosovo is something of a limbo. The issue of Kosovo remains both deeply relevant and incredibly tense. As recently as last week the Venezuelan charge d’affairs for their embassy in Belgrade claimed Kosovo was an integral part of Serbia and likened it to Crimea being a part of Russia.

Belgrade, for its part, has also consistently shown signs of wanting to balance their relationship with Russia with that of the West and appears to often resort to the Cold War tactic of playing both sides off one another. Belgrade has continued to move forward with EU-mediated dialogue to resolve the Kosovo issue. Serbia has, however, demanded a price for their participation and has attached conditions to resolving the Kosovo issue. Specifically, Serbian President Aleksandar Vucic is seeking a guarantee that the Serbs would join the EU in 2025 as part of any deal with Kosovo.

A deal with Kosovo might not, however, be as far off as it may seem. There exists a proposed land swap agreement between Kosovo and Serbia that would essentially be ethnographically framed. That is, “Serbia would gain control over the northern part of Kosovo populated mainly by Serbs and in return, Pristina would gain control of southern Serbian municipalities populated mainly by Albanians.” In this case, however, Serbia and its demands for EU membership might not be the real roadblock. As seems to be the case historically, it is the influence of European powers from outside the Balkans that continue to condemn it to uncertainty in perpetuity. In this case, the real problem is the Germans. Although the US and many EU officials have said they would not oppose a land swap deal worked out between Belgrade and Pristina, Germany has, bizarrely, rejected the notion arguing it would revive old hostilities from the ethnic wars in the 1990s. To quote Vucic, “It is impossible to have a final deal without the support of Germany, Russia, the U.S. or France,”

As long as these local tensions continue to persist intersected by the ever-present East-West divide the Balkans remain, as always, a powder keg. It would seem, from what lessons we can glean from history, that the insistence of great (largely European powers) in intruding into the Balkans largely goes on blithely and with a level of willful ignorance. This ignorance, of the region and of history, coasting along until it all blows up. Wars are started this way and sadly it is the people of the Balkans that will suffer the greatest hardship for the sake of external players and their own foolish ambitions.