The Weekly Recap: Channeling the Chief 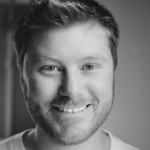 With his political career in question, the only thing that may save Minister of Veterans Affairs Julian Fantino is himself.

It would be hard to imagine that things could get any worse for Canada’s embattled Veterans Affairs Minister Julian Fantino. If this ex-police chief has any supporters left, they are probably holed up somewhere in the Prime Minister’s Office with the door locked, doing their best to keep their distance as he ratchets up his relationship with veterans from angry to outraged.

If you’re not familiar with Minister Fantino, Michael Harris — in a recent iPolitics column — gives a great description of his performance as Veterans Affairs Minister thus far:

“This is the minister who yelled at octogenarian veterans in front of the cameras, offered a fake apology for his rudeness after standing them up — and then insulted them again the next day by calling them union dupes. (Still better than a fake apology.)”

Yes. It appears as if he is really that bad. And as more and more veterans come to grips with the fact that many of their battle-scarred comrades aren’t getting the help they need, Fantino just keeps giving them more reasons to point the finger at him for being either

a) completely oblivious to the needs of veterans;
b) incompetent; or
c) just an errand boy for a Prime Minister focused on winning another election by posting a surplus.

Evidence of the latter is pretty strong, considering that Fantino was closing down Veterans Affairs offices with more than $1.1 billion of unspent money in the Department’s coffers — money that was recently returned to the public Treasury.

Of course, as that politically-damaging news made its way into the consciousness of Canadian vets, sending them spiraling into fits of rage, the government realized it needed to do something to soften the blow.

So Fantino opened his wallet (now substantially lighter) and offered up $200 million to the angry hordes as a sort of peace offering. He’d thrown away the roast, and offered up a thin slice of meat as consolation. Of course, considering the need, veterans accepted the gesture, but not without most labeling the move as “too little, too late.”

But then, out came more bad news, as if vets hadn’t had enough of that. Shortly after the government’s announcement, the Globe and Mail reported that although Conservatives led Canadians to believe that the money would be spent over the next four years, it would, in fact, be spread over the lifetime of veterans. That thin slice of meat would be carved into tiny bits, and made to last half a century.

Cue the outrage, pitchforks, and torches.

The calls for Fantino’s resignation as Minister of Veterans Affairs are growing from cacophony to chorus, echoing loudly across the country. If Fantino is going to save himself the embarrassment of being removed from Cabinet one year from an election, head bowed in shame, it’s time for some serious soul-searching.

Lucky for him, it can be easily accessed through Google in the form of a speech he gave to the Ethics Centre on June 3, 2003. Titled, “The Thin Blue Line Must Rise With Honour and Distinction,” Fantino describes the Minister our veterans hoped he would have been, and could — along with a minor Christmas miracle — still be.

So, with the clock ticking, and the last grains of goodwill slipping down the hourglass of his political career, here’s some sage advice from the ghost of Fantino’s past. The words “Minister of Veterans Affairs” have been substituted for “Chief of Police,” and “veterans” for “police officers.”

“… being the [Minister of Veterans Affairs] is not about winning a popularity contest nor is it about making everyone happy. My priority has always been the safety of [veterans] and the public, and simply doing what is right.”

“I firmly believe that effective communication skills are the key to the successful leadership of any organization. In many respects the ability to communicate effectively is a critical survival skill for [the Minister of Veterans Affairs].”

“Knowing the expectations of the public – and ensuring that [veterans] – share the vision and support the mission of [Veterans Affairs] is paramount to providing the most effective and efficient [veterans] services possible, the public deserves no less.”

“At the outset I held 22 townhall style community meetings across the city as well as meetings with other community groups. These meetings provided an opportunity for citizens to share their concerns, as well as build relationships that would enable a collaborative partnership in developing solutions in an atmosphere of mutual trust and respect.”

“As [Minister of Public Affairs], I have a moral and ethical duty as well as a mandate to ensure that the performance of [Veterans Affairs Canada] as a whole, and by consequence all of its people, is of the highest standards of honesty and integrity demanded of the profession.”

“To have integrity is to have the ability and the inner desire and conviction to do what is right, morally and ethically, without being told, and do so even when no one is watching. Basically, doing the right thing – in the right way – for the right reasons.”

“Traditionally, within the hierarchy of society, [veterans] hold positions of high trust and high responsibility. The significance of the public’s trust is not trivial and certainly, its importance is not negotiable. If we lose the public’s trust – all is lost.”