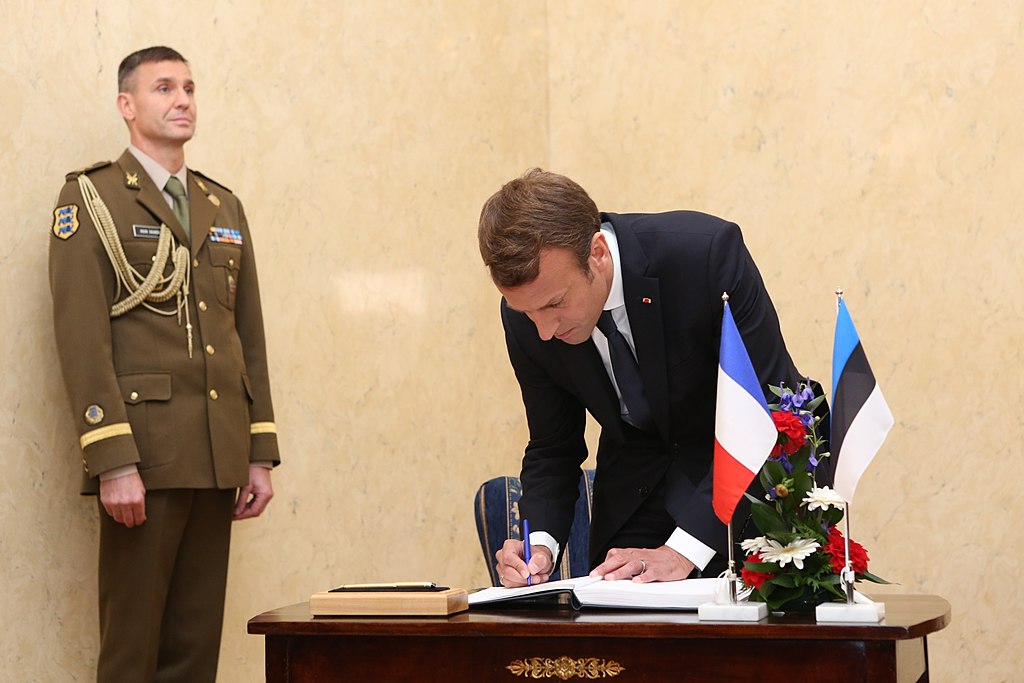 A previous Secretary General of NATO and British Secretary of State for Defence, along with an ex-Prime Minister of France, has said that their respective countries need to strengthen their military alliance in order to safeguard against the unpredictable nature of US President Donald Trump. “This is a crucial alliance… but it is under pressure due to Brexit and it has never been more valuable given what America is doing at the moment,” said George Robertson, ex-Secretary General of NATO.

The Ministry of Defence must find £7 billion worth of cuts from its budget according to the National Audit Office. This comes after a parliamentary report said the UK would need to increase its budget by £20 billion in order to maintain influence with the US and NATO.

President Emmanuel Macron has called for a “real European army” as part of a new structure proposed with assorted European countries outside of both the NATO and EU framework, as well as to avoid reliance on US forces. A French Defence Ministry official said, “In an environment where threats and upheavals of a geopolitical or climatic nature are multiplying, the initiative must send the message that Europe is ready.”

Poland and the Baltic States have hosted their largest NATO exercise with over 15,000 active personnel. As well as ground forces the exercise also includes a maritime component and comes on the heels of large Russian manoeuvres of 300,000+ troops in the east of the country at a time when tensions are still strained after the annexation of Crimea.

Austria has confirmed it is investigating a retired colonel who has been accused of spying for Russia for decades. The Austrian Chancellor said, “Russian spying in Europe is unacceptable and to be condemned.” This has been announced after four Russians were recently expelled from the Netherlands for planning a cyber-attack on a chemical weapons watchdog.

The total of US defence exports are up by 13% from last year to a total of $136.6 billion, according to figures released by the US State Department. The increase in sales has been credited to the US’ Conventional Arms Transfer Policy and unmanned aerial systems (UAS) export policy which were both released in April of this year.

Saudi Arabia has made a $1 billion bid for a broad partnership with the South African state-owned defence group. As a major defence spender, Saudi Arabia is looking for ways to strengthen its own domestic industry, so it can localise half of its defence spending by 2030.

Peace talks for the conflict in Yemen have been delayed to the end of the year. “What we’re trying to do is clear up any issues so that we can get a successful round of talks as soon as possible,” said a UN spokesperson. UN Secretary-General Antonio Guterres recently warned that the country was on the verge of the world’s worst famine for decades.

Turkey has welcomed a US reward for senior Kurdish militants after strained relations between the two NATO allies concerning US support for Kurdish groups in Syria. “We are at pains to reassure Turkey that we will do everything we can that there is … no concrete security threat coming out of the north against Turkey,” said a US spokesperson. The presidents of both Turkey and the US are set to meet in the coming days.

The US envoy to Syria has said Russia should allow Israel to continue airstrikes on targets inside of Syria; “we certainly hope that that permissive approach will continue.” This comes just weeks after a Russian plane was shot down by Syrian defence assets which mistook it for an Israeli aircraft, and during a time of increased tensions between Israel and Russia which has led to the cancellation of a diplomatic meeting between the respective states’ presidents which would have taken place next week.

China has exhibited its new J-20 stealth jet at its biennial Zhuhai air show, as well as signalling its intent to rely less on Western companies when it comes to the aircraft supply chain. “Everything we have been shown here is pretty much for the export market. You then wonder what isn’t being shown; what are they keeping for themselves in terms of capability?” said Douglas Barrie, senior fellow for military aerospace at the IISS think-tank.

The US and China are to resume senior-level discussions to help resolve disputes in several key areas, after a cancellation last month due to increased military tensions. Although security is a key area of the talks, trade will also be discussed. A Chinese spokesperson has said they hoped the talks would “accelerate collaboration between both sides.”

The 11th marks the 100th anniversary of the World War One Armistice.

Our colleague @HardemanHildeML told us the history of her own hometown and why it matters for Europe today.
Watch it on #EUtube → https://t.co/yguVMj7u4Y #ArmisticeDay pic.twitter.com/opLAOL0fWM

A security source tells that the #Taliban seized only 15 armored Humees from #ANP‘s battalion in #Farah province.

Taliban photos show a huge number of weapons and equipment they got in recent attack. Taliban say, 30 ANP killed and 20 detained. #AFG pic.twitter.com/g8gK1ZefTd