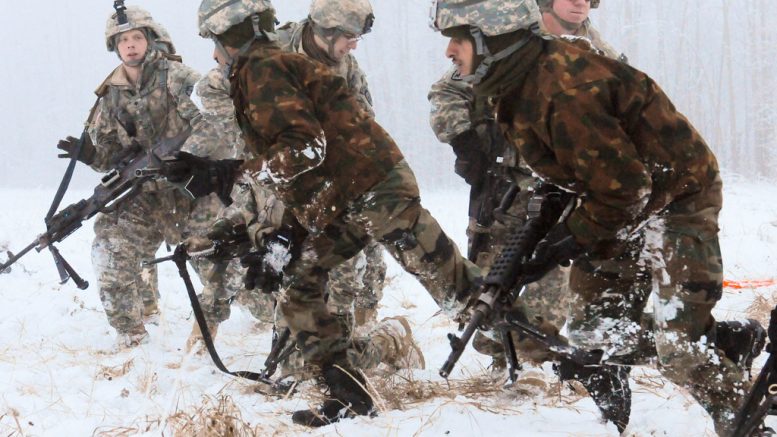 MPs have criticised the Ministry of Defence for purchasing early warning radar aircraft without a competition, as well as stating their disappointment in a recruitment programme which has not been as successful as hoped. One MP said that the army is “disappearing gradually before your eyes and you have got to do something about it.”

The Ministry of Defence is re-running a competition for contracts to produce five frigates for the Royal Navy after the previous competition was unexpectedly cancelled. One industry executive has said, “It’s hard to do what they want to do at the price they want to do it at,” about the proposed budget for the frigates, although there are also concerns over the delivery timetable.

The German Defence Ministry is investigating claims of misconduct by ministry officials, after criticism on its use of consultants. A spokesman has said an investigative team “is examining indications about gross personal misconduct by individuals in connection with the awarding of contracts.”

Russia is apparently upgrading its military installations in its Kaliningrad exclave, including modernisation of a nuclear storage facility. Satellite images also show the construction of 40 new bunkers. “It’s very important for them [the Russians] because that is their port on the Baltic sea,” said Admiral James G. Foggo III, the commander of US Naval Forces Europe-Africa and commander of the Allied Joint Force Command in Naples, Italy.

The US military has been researching thought-controlled drone technology, allowing one user to operate up to three unmanned aerial vehicles. Whilst the technology is not yet ready for deployment, it is something that other countries such as Russia are also known to be researching.

The Central African Republic (CAR) is to receive additional Russian support in the form of equipment and instructors, making it the largest Russian deployment into Africa for several decades. Since 2015 Russia has signed military cooperation deals with 19 African countries. Estimates on current Russian numbers in CAR range from 250 to 1,000, an unknown number of which are private security contractors.

Israel has deployed additional armoured forces to its border with Gaza after a rocket attack, which has seen Egyptian security officials meet with representatives from Gaza as well as contacting Israeli leaders to try and calm the situation.

Egypt and Saudi Arabia have conducted joint armed force manoeuvres, with observers present from Bahrain, the United Arab Emirates and Oman. Russian and Egyptian paratroopers have also been conducting joint exercises which will continue until the end of the month.

A US general has said that the recently-deployed S-300 air defence missiles in Syria will soon be destroyed by Israel. Although Russia also has the more advanced S-400 system deployed in the country at a military base, Israel is apparently not concerned by this as opposed to the S-300 units which are under Syrian control.

India and France are to conduct their first joint military exercise with all three armed force branches. An official Indian source said, “We have agreed on a bilateral tri-service exercise with France. The modalities are being worked out and it is likely to be held next year.”

Next month India is to conduct separate joint manoeuvres with Russia, Japan and the US. Each will focus on deepening defence ties with the respective operational partners and forms part of India’s continued commitment to a balanced and inclusive treatment of its neighbours and allies.

The Chinese and US defence chiefs have met at a regional security summit in Singapore. The main focus of the talks was the disputed South China Sea region, with one US official saying, “We need to make sure that when we step on one another’s toes it doesn’t escalate into something that would be catastrophic.” Although more formal talks are not yet planned between China and the US, it was said there “was a commitment on both sides to try to find a time”.

Despite a dramatic increase in violence, Afghans go to the polls.

The Afghanistan that surprises the world, defies the Taliban. Women & men line orderly in Helmand Province to cast vote in much-threatened elections. Few Afghan die for religion, many risk life for democracy. pic.twitter.com/qbVw3o0ZFJ

Check out our #PhotoOfTheWeek on Instagram! https://t.co/Mqce73NEJI #CAF members with the #eFP Battle Group Latvia, start their assault on the enemy objective during Ex #TOMAHAWKSOARING at the Meza Mackeviči Military Base, Latvia. #OpREASSURANCE #StrongSecureEngaged #NATO pic.twitter.com/LLWUUbktgY