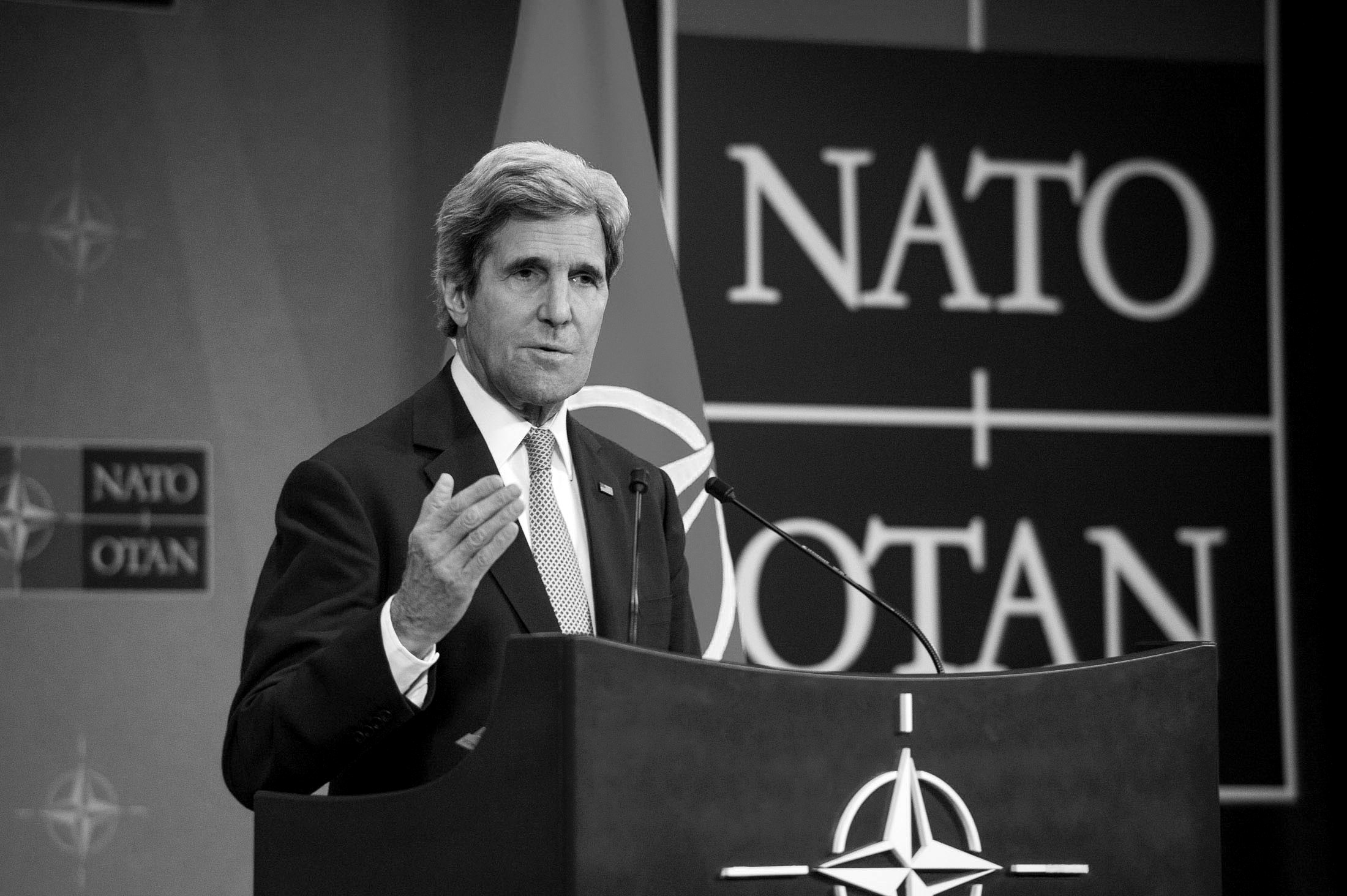 HMS Tireless has joined in efforts to locate the wreckage of the flight MH370. It is hoped that HMS  Tireless’ advanced underwater search capability will lead to the discovery of the Boeing 777. HMS Echo is already in the area in attempt to find the aircraft’s black box transponder.

NATO ministers have ordered plans to reinforce security in eastern Europe and to suspend civilian and military cooperation with Russia. Although ‘all practical civilian and military co-operation’ with Russia has been suspended, counter-narcotics operations and training in Afghanistan, Central Asia and Russia might continue. The likelihood of any military action is not being discussed.

Multiple media agencies are reporting that Russia is pulling some troops from the border with eastern Ukraine. NATO officials have reportedly stated that Russia needs to withdraw more. Over 30 Ukrainian ships will enter Russian Naval service after inspections, reports RIA Novosti. Russia is also preparing to scrap the Black Sea Fleet agreements that it had with the Ukraine government. Less than 15 percent of Ukrainian servicemen and women chose to leave the Crimean region after the Russian annexation.

Nine officers have been removed and one has resigned after an US Air Force cheating probe, reports Reuters. Air Force officers were found cheating exams that test knowledge of nuclear mission and security procedures. In order for advancement and promotion, the officers have to achieve a perfect score. Many US Air Force personnel believe that being assigned to a nuclear missile wing is a dead-end to their careers given that the Cold War is over.

The United States is considering to release Johnathan Pollard, a former Navy intelligence analyst, who was convicted of spying for Israel more than 25 years ago, reports the New York Times. If the Unites States does release Pollard, it would be a bid to improve relations with Israel as the United States is trying to avert the collapse in peace talks between Israel and the Palestinians.

Lebanon has deployed troops to Tripoli to quell Syrian-linked violence in the Libyan capital, reports Al-Arabiya. The violence is linked to decades-old sectarian tensions that have been fueled by the Syrian war. The Lebanese soldiers are tasked with setting up checkpoints and conducting searches for arms caches.

South Sudan’s rebel leader, Riek Machar, warned against the deployment of ‘hostile’ regional troops to the country, reports the Sudan Tribune. Machar, former Vice President, said that his rebel troops would fight against regional troops if they side with the current government.

Kuwaiti’s Minister of Justice and Islamic Affairs rejected accusations that he called for a jihad and financed terrorism in Syria, reports al-Arabiya. The accusations were made by U.S.Treasury Undersecretary David Cohen. Cohen remarked that allowing nonprofits and charities in Kuwait to fund-raise for efforts in Syria could be hijacked by terrorist fundraisers.

The Syrian Observatory for Human Rights now estimates that over 150,000 people have been killed during the Syrian Conflict. Turkish officials ordered the shutdown of YouTube after a video was leaked where Turkish military officials discussed possible options for military intervention in Syria, reports Reuters. Turkish Foreign Minister Davutoglu confirmed that the meeting took place and called the release of the video as ‘a cyber attack’ and as ‘a declaration of war against the Turkish state and our nation”.

South Korea’s Chosun Ilbo reports that North and South Korea exchanged artillery fire.  North Korea fired approximately 500 rounds as part of a training exercise with approximately 100 shells falling south of the maritime border. Chosun Ilbo is also reporting that North Korea could conduct another nuclear test within a few weeks. Reuters reports that South Korea is examining a ‘toy-like’ drone that it found on a border island. The South Korean Defence Ministry is not commenting, but it is assumed that the drone originated from North Korea. It is believed that the drone was conducting a surveillance mission.

Putatively Chadian Special Forces have been spotted amidst a convoy of fleeing Muslims in the Central African Republic.

Picture of the ‘toy-like’ drone that was found on a South Korean border island.

A picture of Russian electronic warfare vehicles putatively in the Crimea.