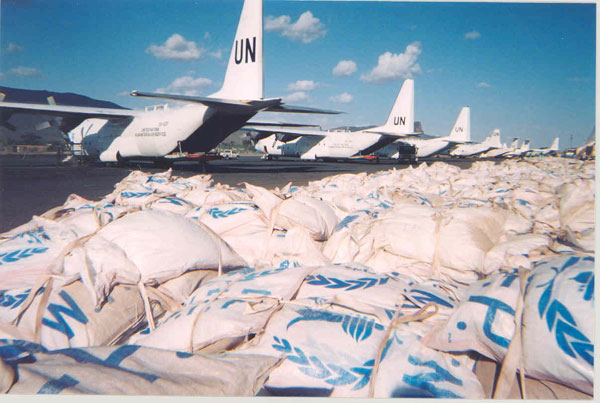 The United Nations Department of Peacekeeping Operations is posed to introduce aerostats into its operations in Western and Central Africa. An aerostat, for those who are unaware, is a tethered surveillance balloon that is normally deployed at forward operating bases (FOBs) to gather information from the surrounding area.

The continuing violence in the ongoing UN stabilisation missions in Mali, Nigeria, Democratic Republic of the Congo (DRC) and Central African Republic illustrate the need for some degree of aerial surveillance for FOBs. The UN Security Council also approved the use of Unmanned Aerial Vehicles (UAVs) for surveillance purposes in the DRC. At the moment there are over 22,000 uniformed personnel in the United Nations Organisation Stabilisation Mission in the Democratic Republic of the Congo (MONUSCO).

Walter Dorn is Professor of Defence Studies at the Royal Military College of Canada (RMC) and chair of the Department of Security and International Affairs at the Canadian Forces College (CFC). As an ‘operational professor’, he has visited many UN missions and gained direct experience in field missions. He has served in Ethiopia as a UNDP consultant, at UN headquarters as a training adviser and as a consultant with the UN Department of Peacekeeping Operations. He has provided guidance to the UN on introducing Unmanned Aerial Vehicles (UAVs) to the Eastern Congo.

When many people think of UN Peacekeeping Operations, the first image that comes to mind is the idyllic blue helmet and not UN pilots and their aircraft. This is the first book that delves into the history of UN Air Power and their missions and it utilises various stories, insights and fascinating research that make it quite accessible and highly readable. The book delves into the three uses for air power and their UN applications – surveillance, transportation and warfighting.

The contributors are varied as well and include an assortment of practitioners (soldiers and civilians working for the UN), politicians, doctrine developers, industry representatives, and of course – academics. The varied authors, and their points of view and expertise does serve to make the book and its eclectic subject matter well-rounded. These practitioners includes Canadian Air Force Lieutenant-General (ret’d) Bill Carr, who is in his 90s, to provide insight on his efforts to set up air transport in 1960 for the Congo mission. The book also features a moving foreward by Hon. Roméo A. Dallaire (ret’d), who was the Force Commander of the UN Peacekeeping Mission in Rwanda in 1993 and 1994.

For me, it was a page turner and definitely a great addition to anyone’s, and my, library on UN Peacekeeping Operations.

The book can be found at Ashgate Publishing and of course, Amazon.