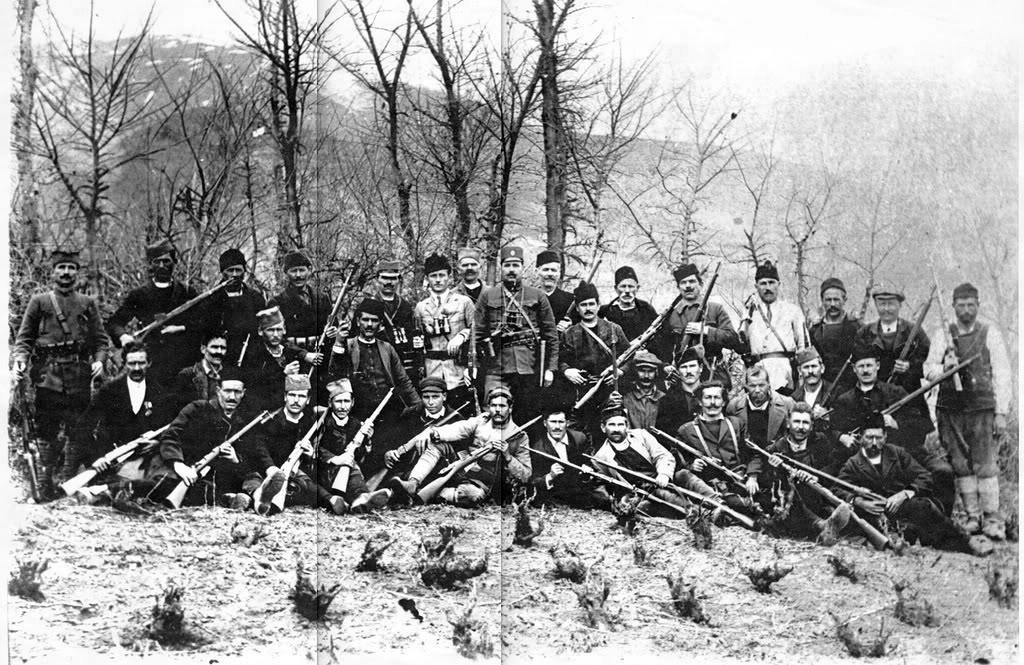 Yugoslavia and Macedonia Before Tito: Between Repression and Integration 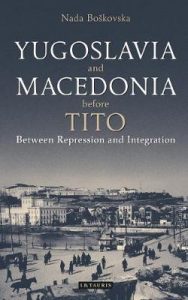 The interwar period (between the First and Second World War) has traditionally been something of a historical blind spot in that it has been overshadowed by preceding and subsequent upheavals. Usually, when discussed it is part of a larger examination into one of the two World Wars. As of late historians have begun breaking new ground in this area examining it in its own right. Digging into the interwar period has been incredibly fruitful and not only produced valuable insight into the World Wars but also lessons that not only stand-alone but hold contemporary significance.

An often forgotten corner of Europe, the Balkans are usually neglected until they flare up and force Europe to remember its fragility. The same holds true for its history and the lessons it holds. Yugoslavia, in particular, is a case study whose lessons can we can no longer neglect. As a country, Yugoslavia from its inception was a tense concept. It came into being at the end of the First World War as an attempt by the great powers to reshape the region in their view with an ignorance or even willful disregard of the changed world in which they were living.

Yugoslavia was conceived as a solution to Europe’s fragile periphery. It was to be a modern European monarchy. In its creation, the great powers were attempting to weld together the hinterlands of the Austro-Hungarian and Ottoman Empires into a single modern European state. It brought together multiple nationalities, ethnicities, religions, cultures, and traditions. In the wake of the collapse of the centuries-long imperial powers that administrated these European hinterlands, these peoples were experiencing a national awakening of their own, largely divorced from the great powers vision for the region. These peoples were of different religions, ethnicities, languages, and historical experiences. They were economically and traditionally dissimilar. Were this not enough, the attempt to weld them together was done under the ‘guidance’ of the dominating power of the Serbian monarchy; a monarchy that faced a monumental uphill challenge that it was not prepared to take on. Instead of rising to the challenge and ushering in a modern, and most of all fair, federated Yugoslavia instead chose to regress into old patterns of repressive protectionism, exploitation, and authoritarianism.

Throughout the next 20 plus years, the Kingdom of Yugoslavia would progress disjointedly with regular domestic upheaval as these various groups attempted to discover what a Yugoslav was and if they wished for this to be their fate. This was a time of fluid and uncertain identity. This new nation attempting to find itself was presented with monumental social, political, and economic challenges that would leave its position far too uncertain and vulnerable to deal with the rapidly changing European landscape as the Second World War approached.

Yugoslavia was created and viewed with an eye to strategic positioning. The hope was to take this vital but ‘backward’ corner of Europe and stabilize it, creating a Balkan bulwark. Its failure and Yugoslavia’s non-committal position in the early years of the Second World War, along with its inability to stand firm against the spread of Fascism was a tremendous blow to the Allies. It’s rapid collapse, in large part due to its wavering in face of external pressures thanks to internal weakness, put the entire Mediterranean on the brink.

Yugoslavia would fall quickly to Axis invasion but then rise to become the site of the largest armed resistance in occupied Europe during the Second World War. This resistance was rooted in and would give an outlet to the tensions simmering under the surface for so long and ignite a civil war and revolution. At war’s end, it would see the collapse of the Kingdom and its replacement with Tito’s Socialist Federal Republic of Yugoslavia.

Everything that has happened up to the ugly Balkan wars of the 90s, the breakup of Yugoslavia, and beyond can be traced back to this point in at the end of the Second World War. However, the roots go further than the Second World War and to understand this means first understanding those long-simmering tensions under the surface which are directly and firmly planted in the interwar period. This understanding begins with a young country birthed in difficult times and under adverse circumstances.

Nada Boškovska’s Yugoslavia and Macedonia Before Tito: Between Repression and Integration is an incredibly deep look into one small corner of events inside Yugoslavia during this period. Boškovska examination into the interwar period as it looked from the point of view of Macedonia is compelling. The birth of Yugoslavia saw Macedonians left divided between multiple Balkan states. The bulk fell to the new Kingdom of Yugoslavia that was led by Serbians who viewed Macedonia as Serbian and its people’s Macedonian identity a fiction.

This illuminating case study examines how the Yugoslav state was forming itself and structuring these internal tensions from the view of one of the largest unrecognised nationalities in the new Kingdom. In so doing a unique and thoughtful view is created into larger issues of Yugoslavia, the region, and the interwar period.

From the very first lines of the book, Boškovska is on point and demonstrates a profound knowledge of the subject. The author is able to very clearly and simply lay out the incredibly complex subject matter being dealt with. The context of the work and its significance, both in historical and contemporary terms are likewise made perfectly clear. Boškovska’s work highlights how weak the existing literature, as well as our understanding of the subject really is. The situation is laid out clearly and directly leaving the reader well engrossed by the end of the introductory chapter.

Boškovska’s creative use of indirect archival sources must be applauded. The research is incredible and the execution of this strategy provides impressive results. Through this approach, a wide array of sources are brought together that provide a comprehensive view of social, political, and economic realities on the ground. What’s more, it is a relatively forgiving read given how dense the subject material is. The individual chapters, however, feel punishingly long given the density and complexity of the subject matter. Thankfully the author has made good use of subheadings, which regularly punctuate the work. Despite its density, the read moves along at a decent clip.

Yugoslavia and Macedonia Before Tito paints a pretty bleak picture of just how fractured Yugoslavia was in the interwar period. A point that is too often not given its due when examining the region and what would come later. One major theme in the work is the root causes of the problems are a combination of corruption, nationalism, ethnocentrism, as well as Serbian intransigence and plain old silliness in stepping up to the realities of the state they had inherited. Boškovska makes it plain that the country was on a collision course regardless of the Second World War – the war only helped fan the embers smoldering away. Indeed it would seem that the only hope would have come from the Serbs loosening the reins and moving towards a federated Yugoslavia. This was something that was far from a certainty given the meager improvements that had been achieved by 1939. Knowing what happens in the war and afterwards, the results become much less surprising with Boškovska’s work. It would seem the ruling party had done everything they could to get it wrong and ensure their eventual failure.

Boškovska’s gives the reader a nuanced view into the political make-up of Yugoslavia and reminds us that it is not so simple as clear ethnic divides. This is a long-held view of Yugoslavia that is beginning to unravel in the face of serious examination. It is not as simple as Pro-Macedonia and Ant-Serbian. Instead, there is a lot of middle ground and grey area; there is also a healthy supply of material for a Marxist interpretation that emphasises class and wealth. The issues hold a great many questions of degrees. There is, furthermore, a wealth of archival material to support the examination that leaves this state of affairs beyond question.

Despite Boškovska’s focus and background, the work does not feel biased. There is no real indication of a Macedonian nationalist narrative/agenda here. It’s just a presentation of the facts – the fact being that this was a very uncertain and confused time. There is little that one can say in absolutist terms about things. There is little certainty or generalized opinion to any one view beyond the Macedonian’s undergoing a Nationalist awakening that was indicative of what was happening at large in the region.

Yugoslavia and Macedonia Before Tito contains a virtual ton of data. Every line is painstakingly crafted in this regard to build the overall themes of disunity, neglect, and incompetence. The amount of research, data, stats, and figures is almost overwhelming and the case made is incredibly strong. There is no doubt of the author’s command of the subject, the detail is astounding. As such the book can feel a little overwhelming in how impressive it is – a good problem to have. How anyone can write something this comprehensive and at the same time keep it all straight for themselves and the reader and at the same time highlight and expand overarching themes is almost incomprehensible.