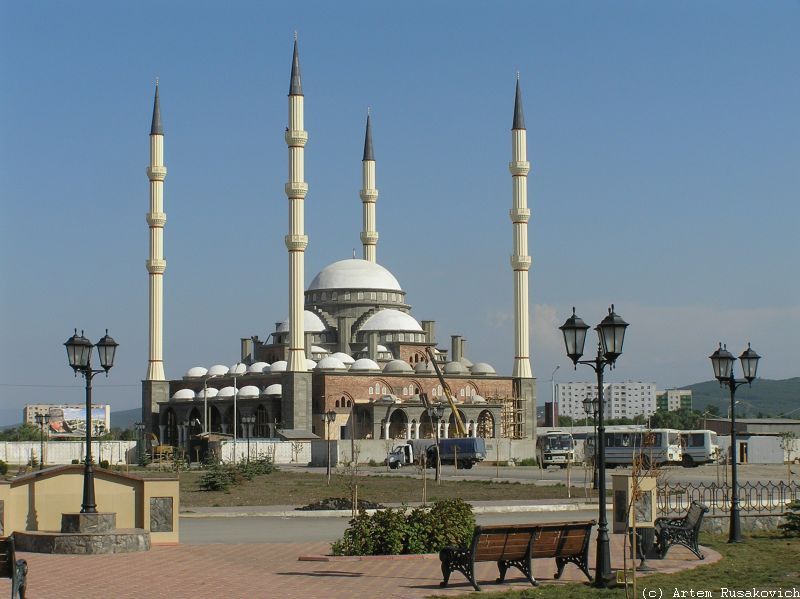 In October 2007, the Chechen insurgent leader Dokka Umarov dissolved the Chechen Republic of Ichkeria (ChRI) declaring the formation of the Caucasus Emirate (CE) in its place and appointing himself Emir. Since then, there has been a steady increase in violence throughout the Caucasus and a marked rise in terrorist attacks in Russia. Caucasus jihadist have recently been seen operating in Syria and elsewhere.

Despite this growth, and the startling implications of these events, there has been very little attention paid. In the media, the CE and its actions are rarely covered. When they are covered (such was the case after the Boston Marathon Bombing) they are most often done with a demonstrable lack of knowledge on the subject. This, in part, stems from the general lack of attention and knowledge paid within professional and academic circles to the North Caucasus.

Since the end of The Second “Chechen” War there has been a steady radicalization, jihadization, and globalization of the Muslim separatist movement in the North Caucasus. What began in Chechnya as a nationalist struggle for liberation against Russian rule has evolved under the influences of domestic and foreign Salafi-jihadists into an insurgency aimed at establishing an Islamic state encompassing the “Muslim lands” of the Caucasus and Russian Federation.

There remains little doubt that much of Arab and larger Muslim world presently exists in a pre-revolutionary or revolutionary state. Furthermore, the North Caucasus is no longer isolated from this situation as it once was. Indeed, the Caucasus have come to play an integral role within it. For over a decade global jihadism has grown in the Caucasus. Beginning in Chechnya’s nationalist movement, it grew and, thanks in part to foreign influences, supplanted nationalism as the dominant force in the region. It has since reached out from Chechnya evolving into a full-blown, pan-Caucasus jihadi network.

In order to understand the significance of these events a holistic approach must be undertaken that approaches the situation in the Caucasus understanding events from the lens of not only Chechen nationalism but global jihadism as well. One must understand how such factors as ideology, leadership, authority, organization, resources, local culture, and the international environment served to create a viable, effective, and widespread insurgent and terrorist network. The North Caucasus insurgency was not only made in the crucible of Russian brutality. The jihadists of the Caucasus also served their role in building this movement. This has in no doubt come in part from the global network of jihadists that have both imported and later exported radicalism from the Caucasus.

Dealing with the jihadization of the Caucasus requires a contemporary history of the region that details the Caucasus jihad’s ties to the global jihadi revolutionary movement. It is becoming increasing apparent that this vitally important narrative represents weak point in the literature needed to support our understanding of this increasingly important subject.

Gordon M. Hahn’s The Caucasus Emirate Mujahedin Global Jihadism in Russia’s North Caucasus and Beyond represents a dire warning from the Caucasus. Raising alarm bells by tracing the jihadization of the North Caucasus, Hahn fills dangerous holes in a literature (or more appropriately lack thereof) on the subject of the CE and jihad in the North Caucasus that currently lacks a required depth.

This work represents a tremendous amount of impressive, diligent and, to the author’s credit, difficult research which serves as testament to Hahn’s imposing knowledge of the subject. Indeed, Hahn’s command of the subject is beyond question. Furthermore the sheer volume of tables, facts and figures Hahn provides in support of his examination will no doubt make this book an invaluable research tool.

Hahn views the rise of jihadism through the lens of revolution and regime change while mapping out the multitude of factors at play in influencing the evolution of events in the Caucasus. His treatment of jihad in the Caucasus traces the North Caucasus ties to global jihadism and warns against the very real potential for the creation of a mujahedin Islamic belt across central Asia.

Hahn also traces the deep historical roots of Al-Qaeda backed jihadism in the North Caucasus. He is able to trace them back into the early 1990s and expand upon what we know about North Caucasus post-Soviet history by filling in many question marks through this jihadist lens. Hahn clearly demonstrates that jihad in the North Caucasus is more than just a response to Russian policies. Although a part of it, Hahn shows us the motivations and ambitions of international jihadists are also an integral part of the mix.

Hahn describes what is being faced in the North Caucasus as a theo-ideology arguing that whatever role Chechnya had in giving life to the revolutionary movement the influence of Islam has supplanted it. The merger of nationalism and Islam has allowed this movement to spread across the North Caucasus and incorporate other nationalities under the banner of pan-Caucasus jihad.

Hahn is diligent in mapping out details of power structure, the internal debates on beliefs, interpretations, and tactics while reinforcing the international undercurrent of the movement. Hahn also examines in detail the leadership of this movement demonstrating it to be a key factor to understanding the nature and evolution of the North Caucasus jihad. In doing so he also demonstrates the power struggle occurring internally between various elements. There is infighting for dominance within this movement which is as much political as it is religious, there can be no doubt the aim is regional power voiced in religious terms.

One would have to look quite hard to find cause to criticise Hahn’s work and even then, those criticisms would be so minor as to almost not warrant mention. Certainly one must admit that Hahn’s work would be well served by the inclusion of a glossary to assist the reader in following the array of short hand abbreviations and acronyms utilized by the author. In keeping with the theme of style suggestions, the inclusion of a regional map could perhaps serve as a useful addition. That said, it should be emphasized that these are only minor suggestions aimed to improve style that are no way intended to reflect negatively upon the content of what is both an illuminating and absorbing read.

Of far greater importance is that the reader take heed of Hahn’s warning. The CE is set to expand influence outside the Caucasus and Hahn has demonstrated the CE is taking an active and dangerously ignored central role in global jihad. We must take notice of this warning. The global jihadist movement has significant reach and it must be understood if one wishes to examine the North Caucasus. Perhaps more importantly still, the inverse stands true and if we wish to fully comprehend the global jihadist movement we must first sit up and pay greater attention to events in the Caucasus.

A good place to start is with Hahn’s work which, at this moment, is simply the must read book on the North Caucasus – period.

The book can be found here at McFarland Publishing.