Book Watch: US Foreign Policy in the Caucasus and Central Asia: Politics, Energy, and Security 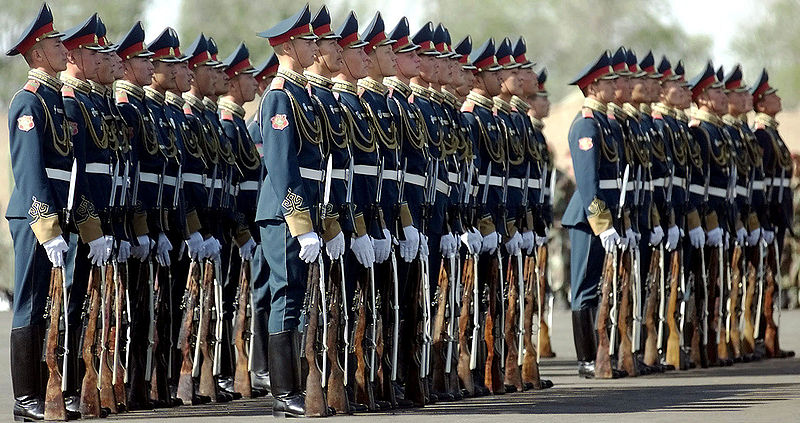 US Foreign Policy in the Caucasus and Central Asia: Politics, Energy, and Security 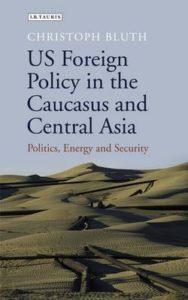 With the recent flare up in the intensity of the Nagorno-Karabakh conflict, the ongoing joint Georgia-US military drills and overall NATO-Georgia relationship I found myself going back to the bookshelf for a refresher on some old questions about the region. Particularly, the question of what the foundations were for US policy in the region came to mind. This brought me to Christoph Bluth’s US Foreign Policy in the Caucasus and Central Asia: Politics, Energy, and Security. Although a lot has happened in the last couple years, since its publication, it still holds water and in some respects provides new insights because of its date and what has since occurred.

It reads as a little dated, concerning Ukraine and Iran in particular, but it would also seems that what Bluth laid out has been consistent with what has happened since publication. He doesn’t make predictions per se but the directions things are discussed as moving in are consistent with what has played out. Besides, the past hasn’t changed. In using it to get some idea of the foundation of US policy in the region it still remains very useful and totally relevant.

Bluth brings up multiple conceptual frameworks, looking in part to Graham Allison, for approaching and understanding US foreign policy in the region. He highlights their strengths and weaknesses while seamlessly keeping it clearly rooted in the subject matter, not allowing it to become an abstract exercise. With this done, Bluth utilizes these frameworks to approach to the subject, laying out multiple considerations to weigh in explaining US policy. Bluth asks: How was US policy towards the Caspian region formulated and articulated?; How was the US national interest in the region assessed and by whom?; To what extent was the declaratory policy implemented and why?; What was the role of various agencies of the US government and US congress in determining policy towards the region?; How important were Caspian energy reserves in the assessment of US national interests?

With these questions laid out, Bluth provides three hypothesis to explain the foundations of the US approach to policy in the region. These are:

Hypothesis I: US policy towards the Caspian region is another version of the ‘Great Game’, a power play of influence over their region, whereby the United States has sought to limit Russian influence over the region and support US business interests in the region, especially with respect to the exploitation of hydrocarbon resources.

Hypothesis II: US policy was based on the principal to construct a new world order after the Cold War on the basis of globalization, democratization, and human rights.

Hypothesis III: US policy was the result of governmental politics, conflicting interests within the bureaucracy and lobbying from outside interests groups such as the oil industry and NGOs.

As Bluth looks from the time of the first Bush administration up through Clinton, Bush the younger, and Obama he highlights important events and themes and proceeds to examine how each player in the region responded with an eye to each of his hypothesis. The narrative that emerges is a fascinating one that helps to re-center and ground one’s approach to the current chaotic tensions in the region. He reminds us that the US has a range of interests in the Caspian region, which tie together Central Asia and the Caucasus, particularly the South Caucasus, in US policy considerations. Bluth emphasizes the main instruments of US policy towards the region were in part political engagement and economic aid, designed to achieve the diffusion of norms and promote political stability through democratization and economic development.

Bluth also argues that the US had demonstrated an unwillingness to become directly or heavily drawn into the region and has been wary of Russian reactions to the US’ even limited moves in the region and have tailored their actions in this light, treading lightly. The US began by engaging somewhat indirectly by training the region’s militaries to westernize and modernize, to become more professional, professional enough to handle things themselves, especially with an eye to border security and, in the case of countries like Kazakhstan, nuclear disarmament. NATO partnership for peace became the regional framework for this engagement, which has been cause for some of the difficulties which have since developed.

In pursuing these goals the US had tried de-escalation of conflict with the involvement and in cooperation with Russia which worked at first but Russian games and China’s lack of willingness to involve itself until very recently lead to US being drawn into the region, perhaps beyond what the US had intended or desired. One partial explanation regarding Russia in this light concerns Moscow’s inability to exert Russian will in the region, which created something of a power vacuum. Worse still Russian attempts to assert itself in the region went poorly. Moscow had begun to approach post-Soviet policies in the region with heavy handed, coercive efforts that were contrary to international norms, thus drawing the US in. Smaller countries in the region became eager to turn to the US as an alternative. Even after Russian policies later stabilized it was still found wanting by its regional partners.

As Bluth describes it:

“While Russia’s policy towards the Caucasus has become more consistent and predictable, it essentially fails to deal with the conflicts in the region. The fragile stability of the status quo hides the accumulation of problems and a significant potential for conflict therefore persists”

However, US support for colour revolutions caused damage to relationships with existing regimes within the region which perceived US idealism and democratization as a threat to their own regimes and regional stability. This meant that US support was hardly seen as a perfect alternative to that of the Russians and the continued back and forth of Cold War politics has continued to play out in the region.

Pragmatic and idealistic, US policy has focused on promoting democracy and safeguarding human rights but it has also shown itself willing to look the other way when security (the aim of preventing the spread of political Islam) or resources (oil and gas) have been involved. Energy and security have been principal drivers of policy and are more pragmatic than idealistic but not entirely as is the case with Iran.

The ‘War on Terror’ would come to be the central driving force behind US policy in the region, post 9/11, further complicating US policy initiatives. The US had been pushing for democratic reforms in the region to promote stability but after 9/11 the US found itself cozying up to authoritarian regimes for the same reason, stability. At the same time there were those within the US government arguing that in the long term the reverse would be required – a battle between the immediate and the long term. This also highlights that a deep divide exists between congress and the White House reminding us policy is not created by a homogenous monolith. For example, a picture of profound contradictions exist within US policy concerning Nagorno-Karabakh with the White House looking at Azerbaijan oil and Shia connections with Iran while congress remains sympathetic to Armenia and opposed to Iran on grounds that are best described as rooted in idealism.

One is reminded in reading Bluth that security was largely the driving factor of US policy even before 9/11. US military investment well before 9/11 in the region had been primarily aimed at counter-terrorism and counterinsurgency targeting border security in efforts to clamp down on arms, drugs, and potential nuclear trafficking, as well as in response to attacks by Islamic movements. Caspian oil was only ever an indirect concern, the US doesn’t import it directly but they like seeing it developed in order to help lower global energy costs and in turn promote stability. It would seem Russian policy has been the more ambitious in the region and the US has simply been responding, and to be fair, only doing so to prevent Russia strangling the region in a bear’s grip

Bluth paints US policy as semi-realist with Congress acting as the ideological driver and the White House the pragmatists. This means that US engagement – notably in the form of aid – has aimed at both promoting democratization as well as US national interests (security). Although we see funding was much higher for security. We also see the willingness of central Asian countries to likewise engage on their end has mostly been on the grounds of security. Inversely, they have shown themselves to be disinterested in the US programs of democratization which have been viewed as threatening and destabilizing to the autocratic regimes in place and therefore against their own national interests. What we find is the US (even in security relationships) has been trying to promote ideas with partners not receptive to the message and willing to walk away all together if the US pushes too hard, Uzbekistan being one example. So in the name of US interests the Americans have basically had to resign themselves to politely suggesting and accepting they would likely be ignored while at least advancing their energy and security agendas if nothing else.

This reminder of the foundations and drivers of US policy in the Caspian region is an important refresher to have as attention in the West seems to be getting drawn deeper into the region. Rereading it certainly gives one a moment’s pause to consider how we are currently viewing and approaching the region. Bluth’s examination is incredibly comprehensive. It’s a tough read for those without professional interest in the region but getting this basic element right is critical to discussing future the course in the region. Despite being dated by way of publication and the rapidity by which events in the region have unfolded as of late, Bluth’s US Foreign Policy in the Caucasus and Central Asia: Politics, Energy, and Security remains required reading and an invaluable addition to the bookshelf for those discussing the region.

This book can be found here at I.B. Tauris