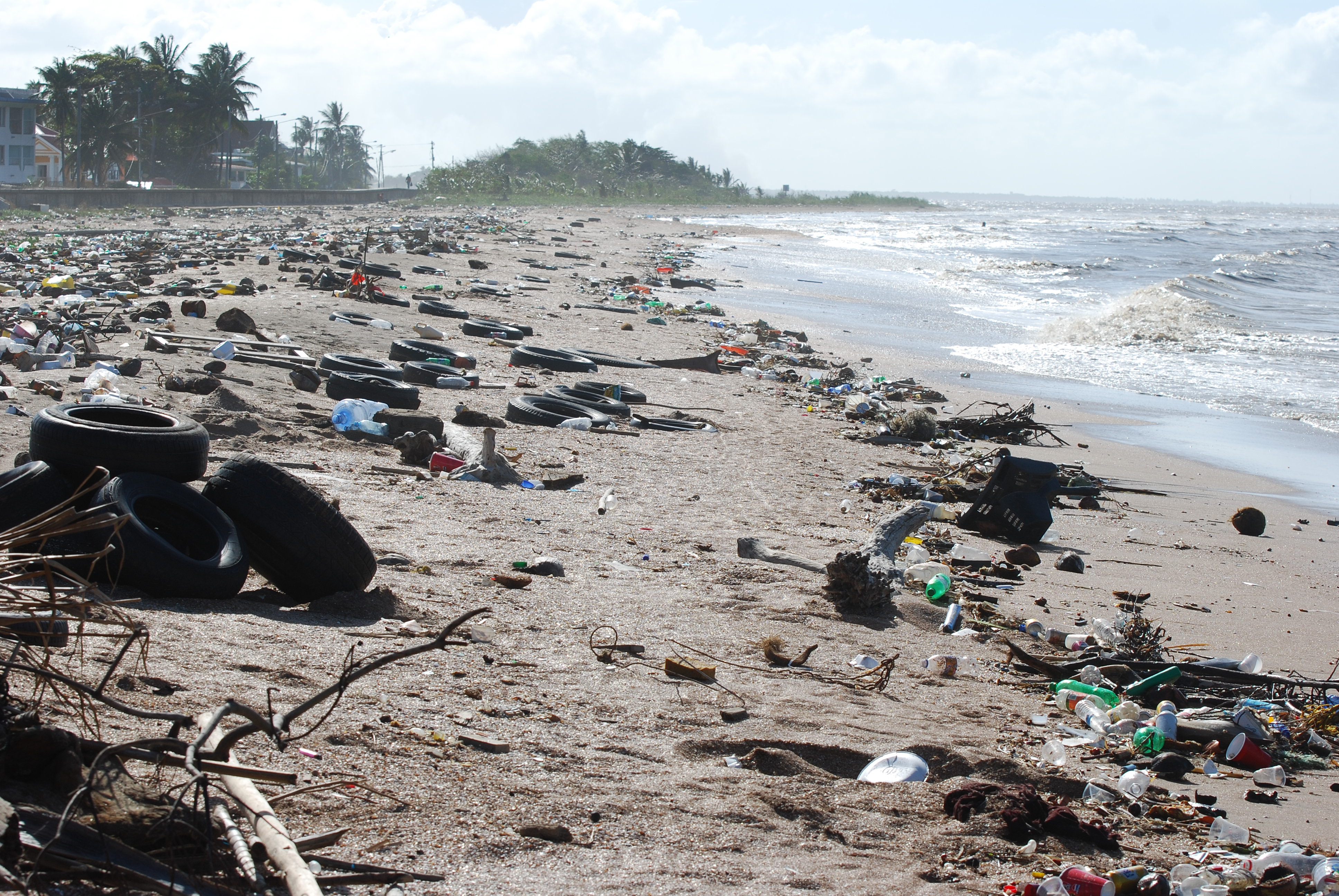 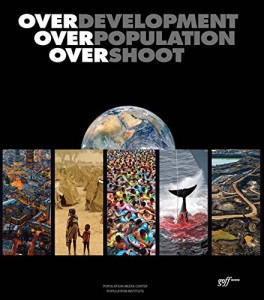 The single greatest issue that has ever face humanity is climate change. As ignorant naysayers continue to try and ‘debate’ the issue and dismiss the science, the very real implications of our unsustainable way of life is running head long into the implications of our actions, the payments are being made for our ‘progress.’ Everything from defence and security issues, food supply, arable land, and even fresh water are at stake. Every branch of the US military has been weighing the security concerns associated with climate change for decades, even while the US government debates if it’s even real. About 44 percent of the world’s population lives within 150 kilometers of the sea. We are seeing glaciers melt away at unprecedented rates, raising ocean levels to a point where by the end of the century it has been estimated that anywhere between 50 million and 1 billion people will have been displaced by the effects of climate change.

We are already beginning to see the effects and some argue Syria might just be our first climate war. We understand what the problem is, at least at the actual causes of climate change. What is the answer? It certainly involves understanding the processes themselves are part of the problem. Our economic system is in part prohibiting the changes that are literally required today for Humanity to even have a chance at survival – this is not hyperbole – it is real and it is that dire.

Overdevelopment, Overpopulation, Overshoot (OVER) from Goff Books takes a head-on run at this reality. In a photo-essay, or perhaps collection of photo-essays, OVER’s underlying message is that humanity is just too big for the planet and it’s not just our ways that need to go, but a great many of us as well.

A startling and deeply troubling subtext lies beneath suggestion, delivered with cavalier disregard – even if it is wrapped in an incredibly important message. Certainly one cannot fault the core argument that continued growth of the human population along its current trajectory spells disaster. However, this work fails to properly acknowledge any trends that might be embraced to dramatically alter the Earth’s carrying capacity in any detail. Instead alternatives like technological advancements are rather quickly dismissed as irrelevant and the argument is pit forth that no combination will work and depopulation is the only way forward, and this work is uncompromising in that assertion. ‘Slowing population growth’ comes off sounding dangerously similar to social engineering, bordering on opening a door to eugenic-like ideas.

OVER does rightfully point out the fundamental issue in humanity’s current relationship with nature which currently views, incorrectly and to its own detriment, the earth as here for our use alone wherein all other life simply becomes ‘natural resources.’ Destruction is therefore called progress as the seas are emptied of fish and filled with garbage. It certainly invokes a feeling of revulsion towards our species and leaves you hoping for our numbers to fall (the author’s intended aim).

The book is right in so far as in saying we cannot keep going the way we have been. This, however, leads to a false question, if we are already unable to live our present way and sustain the numbers we have how will we support more? I would like to have seen stronger evidence presented supporting the assertions implied before accepting the premise of this question. The book is only half right on this front. We certainly seem incapable of supporting current numbers at it stands. One might, however, argue just as convincingly that this is not because there are too many of us but because we do not live sustainably and allow too much wealth (resources, financial, material) to concentrate in too few hands and that their distribution is governed by profit. This would imply that our economic system has perhaps failed, not our species. An acknowledgment of this argument might have gone a long way in strengthening this works own view.

The real fear on the part of the authors is that the growth they assert we can expect in the next century is beyond what we are even remotely capable of supporting. Therefore nature is going to step in with devastating result. Furthermore, if we do not take this task up ourselves and leave it to nature to do the work and slap us down it may be too late; the planet may be too far-gone. We might find we have destroyed the planet to such an extent that even massive depopulation will not save us. Too much of the planet will be wiped away, too many species made extinct, so much so that we will not be able to come back from it.

Pretty radical thinking comes from pretty radical situations and one cannot fault the writers for taking such a panicked view, they are indeed right to do so. It is a bleak but accurate picture they paint regarding the planetary tipping points we face, and realities of our current food production methods.

You find yourself reading this book and coming to sympathize with why someone could come to such a startling conclusion and become convinced of the soundness of such reasoning – indeed, it is a wholly valid point of view for one to take. Regardless, the apparent ‘easy’ and ‘simple ‘solutions that might help, like contraception and family planning, are unlikely to ever happen on a grand and global scale – man is a stupid beast. Certainly it could be called radical environmentalism (human depopulation) but that doesn’t mean it’s wrong. I can certainly agree that economic restructuring as a starting point and the end of our current form of capitalism is both an inevitability and a necessity.

Photo-essays are an intriguing medium where messages are subtly (sometimes not so subtly) implied and perhaps some might argue manipulated. They are no doubt open to some interpretation as are they open to steering someone but they can also prove to be an intriguing thought exercise to those willing to spend the time applying critical analysis.

That said, this particular work is weak on substance, other than the stunning photos. Most photos are simply accompanied by quotes from famous luminaries as if to say “see, so-and-so agrees” trying to convince us without making much of a substantial argument. This is not to say no argument was made in this book, there are special segments dedicated to it. However, it is not without inherent faults, some running quite deep. It idealizes ancient humanity as somehow more aware and respectful of the environment valuing other species and “giving” them their space. This I can say, a guy with a background in Anthropology, is utter nonsense. This book deals with a serious set of issues and an even more concerning message but it is clouded in a pool of go nowhere nonsense. For example the book first asserts that we can not really know Humanity’s carrying capacity but then asserts we have gone well past it, and extended our own carrying capacity (a number we cant know, apparently) beyond its natural number through cleverness and by taking over the carrying capacity of other species. I am not quite sure how one responds to that, or the indictment of ‘cleverness.’

OVER does, it must be said, still manage to make a pretty convincing, if wholly superficial and easily dismissible (however much I may want to agree with it), argument that scaling down the ‘Human project’ is the most viable (or at least, least complex) option.

The photos are beautiful and haunting but the text that lay behind, conveying the message, is borderline juvenile. One of the greatest objections I have to this book is this; it is an incredibly important message but delivered without any respect shown to this fact. Citing the limitations of the photo-essay format would be a total copout, the authors could have done more. One example that frustrated me to no end was the introduction of a term in their closing chapter “the Paleocene-Eocene thermal maximum” which the book then states, ‘if I have never heard of to please go wiki it,’ despite being important enough to the argument to mention in the first place. This is an unacceptable move in any published work. One can take a few lines and explain it to the reader. The author is, after all, trying to make a pretty serious argument here that the authors’ seem deeply committed to.

The prime suggestion for achieving these ends seems to be family planning, education, and the widening the availability of contraception. It however ignores the multiple factors that influence birth rates, especially in impoverished or developing countries. This book demonstrated a skewed, shallow, even anecdotal worldview. It spent a great deal of time asserting that women should have fewer children (with an eye to the developing world where birth rates are highest and contraception the lowest) without even trying to acknowledge the plethora of factors that cause birth rates in impoverished and developing nations to be so high; it’s not lack of contraception alone. The book’s understanding of women, their choices, birth rates, and access to contraception are superficial and problematic. They ignore the many factors that influence these numbers. This is without a doubt a perfect example of Western-centric, white, middle/upper-class condescension – confirmed by one look at the authors’ photos and bios. Startlingly, it was a woman who wrote in the closing comments with such simplistic disregard to the plight of women in the developing world. It looks to these issues within a very selective vacuum and as such provides no real insight or constructive suggestions on how to get where they want us to go.

Beyond the tone taken up in the closing pages, which I take great exception to, the book did not cite a single source for any of the data put forward. They did, however, have time for a photo bibliography with a thumbnail of each photo used along with details like location and photographer. This ‘photo-essay’ comes off as amateurish and not a scholarly work. It takes incredibly important issues and glosses over them. Their argument might very well be right, but their presentation is the ultimate downfall of this book which showed potential.

This book can be found here at Goff Books.