Chinese carrier Liaoning is not a threat, says US Navy 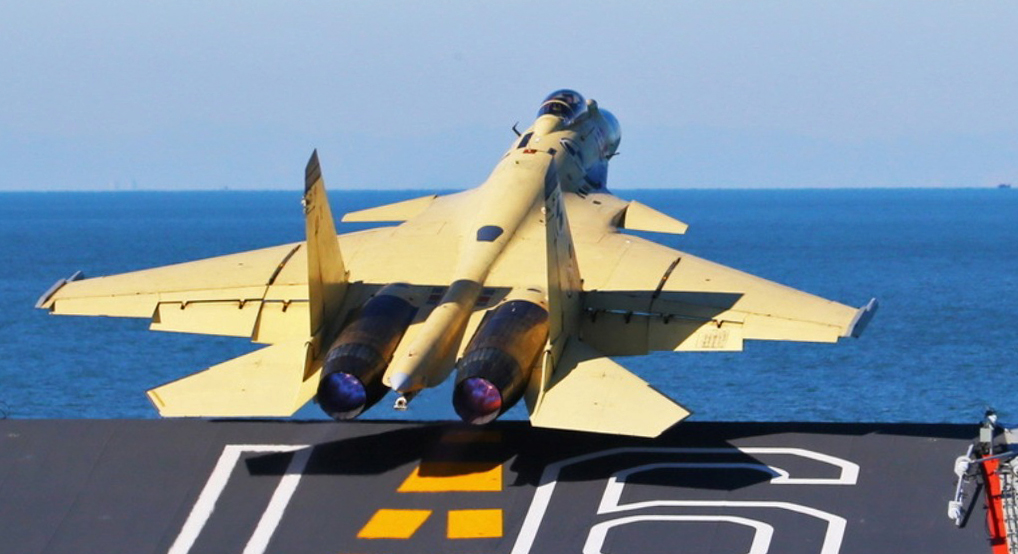 Anonymous sources within the US Navy’s senior command have revealed that the US is not concerned over any immediate threat from the introduction of China’s latest aircraft carrier in the Pacific, the Liaoning. The source, who commented anonymously as they were not officially authorised to comment for the Navy, said intelligence showed that the carrier is far from operational readiness because it lacks a full complement of combat ready aircraft and logistical support to fly them.

China’s first successful short take-off but arrested recovery (STOBAR) on 25 November 2012 of a Shenyang J-15 strike fighter from the PLA Navy’s sole operational aircraft carrier marked a key step in advancing the country’s air combat capability. But experts say the demonstration, filmed and broadcast by CCTV, does not mean China’s carrier is fit to accelerate to operational tempo. Video evidence shows the J-15 launching and recovering in a controlled environment with no accompanying aircraft on the carrier’s deck, and critics have additionally pointed out what appears to be a lack of landing aids such as an optical landing system or an LSO (landing signals officer) platform. 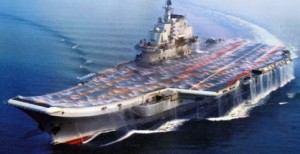 “It is clear that the Liaoning will not be combat operational for many years. Although a fighter jet may have landed on the carrier deck, China will need a robust multi-aircraft fleet on the carrier, which will include planes designated for Beyond Line of Sight, Anti-Submarine and Surface warfare and many more,” the anonymous Navy source told DefenceReport. The US Navy has traditionally deployed several types of airborne platforms aboard its carriers, including: – the fixed wing F/A-18C/D, F/A-18E/F and EA-18G in a variety of strike roles – the fixed wing E-2C/D and C-2A in support and logistics role – variants of the rotary wing H-60 in support, rescue and anti-submarine roles – variants of the rotary wing H-53 in support, anti-surface and anti-submarine roles – several types of unmanned reconnaissance aircraft.

Though experts have highlighted the technical advances required to make the Liaoning fully operational, the recent STOBAR trial is a significant breakthrough following years of investment and development by the PLA Navy. China’s initial procurement cost was an estimated USD 30 million (GBP 19 million). The Liaoning, purchased from the Ukraine in 1998, was built by the Soviets towards the close of the Cold War, but was never completed. The Chinese Ministry of National Defence stated in July 2011 that the carrier was under refit and that the training of naval aircrew was already underway. The Liaoning was commissioned in September 2012.

Chinese Defence Spokesman Yang Yujun dismissed claims to state media in September that China is currently building a second aircraft carrier. However, recent Taiwanese media reports indicate China expects to launch its first domestically built carrier in 2013 and commission the ship in 2015 or 2016.

The recent launch and recovery of a J-15 at sea indicates that aircrew training is progressing at several levels, though experts express have expressed doubt over the progression of mechanical and manpower support required to conduct naval air operations at full tempo. The test, itself, however, has measurably increased tensions in the region. Experts question the intentions of Chinese power projection in the region, given the recent tensions in the South China Sea with Vietnam and the Philippines and in the East China Sea with Japan.

Observers say China has adopted a new policy of aggressively pursuing resolution to its boundary disputes. Of China’s neighbours, India is currently modernising and expanding its own navy. The Indian government has been in negotiations with Russia over the purchase of the aircraft carrier, Admiral Gorshkov, now designated as INS Vikramaditya. According to Reuters, the delivery of the aircraft carrier has been delayed again, this time by five more months. The Vikramaditya has been selected to replace the aging INS Viraat, formerly HMS Hermes. India is currently manufacturing its own domestically produced carrier, but is experiencing delays. India has a second-domestically built aircraft carrier in the planning stages.

Logistics, maintenance and manpower demands must be met

While regional concerns have escalated with China’s recent naval air trial, US Navy sources say greater investment is required from China to make its first carrier combat operational and integrated within a larger functioning carrier strike group (CSG). Dave Baranek, former instructor at the US Navy Fighter Weapons School (TOPGUN), told DefenceReport that although China may have a “fantastic plane and a modern aircraft,” they also have “few people with carrier experience, so they will have to crawl, walk, run” when it comes to developing tactics, techniques and procedures (TTPs) for PLA Naval aviation. Aircraft maintenance while underway, Baranek said, is one of the crucial areas the PLA Navy must perfect to deploy carrier air wings. Successful carrier operations are performed by “thousands of well trained, well supervised enlisted men who have to be coordinated and adaptable.”

More importantly, the US Navy anonymous command source told DefenceReport that the successful deployment of air capability aboard China’s first carrier is already hampered by unique logistical challenges. “Logistical concerns of ship and aircraft fuel, munitions, food stores and spare parts will have to be addressed in order for the carrier to be combat operational. It should be noted that the Liaoning is not powered by a nuclear reactor, and therefore its operational range is constricted by its need for fuel, but also its other logistical needs are increased due to it having to carry its own fuel,” the source said.

The J-15 ‘Flying Shark’ is expected to be a central element to China’s naval air fleet. Roughly based on the Russian Su-33 design, little is known of the platform’s technical specifications. Experts say that PLA Navy’s carrier programme will most likely include the later deployment of the J-31, a revolutionary airframe that made its initial flight earlier in November.

The J-31, designated the ‘Falcon Eagle’, is China’s second low observable fighter in the production pipeline. Photo evidence of the the J-31, which is being developed by Shenyang Aircraft Corporation, reveals what appears to be reinforced landing gear, a possible indication of its intended naval aviation mission role. It is not clear how well the aircraft performs and much is speculative at the moment.

Aerospace design expert Carlo Kopp told DefenceReport that features of the J-31 bear identifiable similarities to existing US and Russian military airframes. “Stealth shaping is largely borrowed off the F-22 with an inlet configuration borrowed off the F-35 and sizing is similar to an F/A-18, while the prototype is equipped with a Mig-29 powerplant.” Kopp, who has conducted advanced research in airborne and ground radar technology, says low observable design characteristics of the strike fighter are still largely unknown outside the highly classified Chinese aerospace arena.

In theory, if China intends to deploy the J-31 on its newest carrier, the airframe would be the first non-US stealth maritime strike fighter aircraft in the Asia Pacific region. According to Kopp, India is “currently committed to the navalised MiG-29 Fulcrum, and until a suitable small fighter becomes available which is newer than the Fulcrum, they are apt to be stuck with it due to the deck size of their carrier.”

China has defended its deployment of the Liaoning in line with a revised national security strategy. While US CENTCOM continues to observe China’s anti-access and area denial (A2/AD) strategy, President Obama’s administration has not delayed in exercising a policy and funding ‘pivot’ towards Asia Pacific. What remains is for the Chinese government to determine the exact size and shape of its future naval power projection – and whether it will confirm US fears of a counter ‘pivot’ towards an already volatile Middle East.