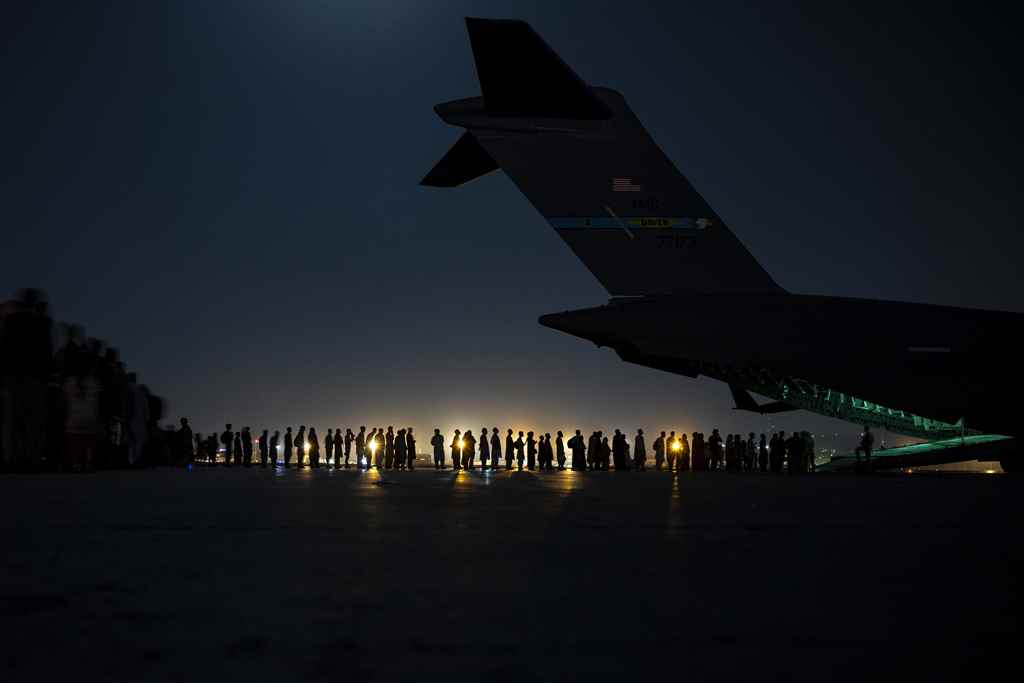 At the time of writing this, 13 US service members have been killed and another 18 servicemen injured and more than 90 Afghans dead with at least 150 injured after the attack on Kabul Airport. That number is expected to rise. The US warned for days that there was a possible attack on Kabul Airport and warned people not to travel to the Hamid Karzai International Airport. Biden administration warned that the attack would be conducted by the Afghan Taliban’s foes – the local ISIS chapter (ISIS-Khorasan, ISIS-K). The Taliban also stated a few days ago that they would not allow further Afghans to leave the country. Regardless, the origin story of ISIS-K and the Taliban is an interesting one and one that will shape the near future of Afghanistan.

In October 2014, Tehrik-e-Taliban Pakistan (TTP) spokesman Shahidullah Shahid pledged the support of the TTP to the new Islamic State of Iraq and Syria after al-Baghdadi had made his inaugural speech declaring the ISIS Caliphate. The issue being is that Shadid never got the okay from the TTP leadership to declare that the TTP would support ISIS and its new caliphate. Shahid was, then, ousted by the TTP leadership and he formed the ISIS-Khorasan chapter in Afghanistan’s Nangarhar province. Shadid was not the only former TTP member though, in 2016, 70% of the estimated 1000+ members of ISIS-K  were former TTP. At the very onset, the Afghan Taliban were warm to the presence of the ISIS offshoot as there was a promise of working together with the Taliban and funding for the jihad.[i]

Tribal politics may have had a hand in this. Many of these were Pashtuns from Pakistan’s Orakzai tribal agency. The initial rise of the Afghan Taliban in the 1990s due to Pashtun tribalism is well recorded. However, in 2015, clashes between the Afghan Taliban and ISIS-K erupted and the Taliban were set back as some of their commanders even defected to ISIS-K. ISIS-K was able to take control of territory in Nangarhar province. However by January 2016, according to Antonio Giustozzi[ii], the Taliban were able to regain Nangarhar province with Iranian funding. Unfortunately, the Taliban were never able to root out the ISIS-K presence. This was demonstrated in 2017 when US President Trump decided to drop a Massive Ordnance Air Blast Bomb (MOAB) in Nangahar province because of ISIS-K activity. In 2018, ISIS-K attempted to increase their territory in the north and not in the Pashtun dominated south – an indication that they wanted to link up with the Islamic Movement of Uzbekistan (IMU), which had pledged allegiance to ISIS. Today, IMU is an ally of the Afghan Taliban and have been assisting their efforts.

The Taliban are not as cohesive as they are being portrayed. There has been a recent history of breakaway factions and now that the Taliban have gained a governance position – there is a divergence between on the ground fighters and the previously Doha-based Taliban leadership. This will continue as the Taliban attempt to solidify their gains and attempt to provide governance to the whole of Afghanistan. More importantly, the Taliban required the assistance of many foreign groups, such as Lashkar-e-Taiba, Jaish-e-Mohammed, the IMU and even the TTP in order to take over Afghanistan and those groups have their own objectives and aims. Which means another balancing act for the Afghan Taliban leadership.

It should be remembered that back in the autumn of 2015, a breakaway faction of the Taliban in Zabul province declared that its leader Mansoor Dudullah was the rightful ruler of the Taliban and Afghanistan. The Taliban that were loyal to the Quetta Shura Taliban leadership in Pakistan rallied and attacked the Dudullah forces. Dudullah appealed to his ISIS contacts and ISIS-K forces were called to assist in the defence and they did until it was discovered that Dudullah was negotiating with the Iranians.[iii] Subsequently, they abandoned Duduallah and the bid for leadership was lost in defeat. This was in 2015 and the ISIS-K presence was a small burgeoning force but was able to muster forces to support a fractioning of the Taliban. The logistical support and manpower needed should be taken note of.

There have been Taliban units that have asked for, and coordinated, support with ISIS-K. Curious enough as well. In 2017, the UN Assistance Mission in Afghanistan (UNAMA) reported something interesting. The Afghan Taliban and ISIS-K coordinated a joint attack on Mirza Olang village in Sayyad district of Sari Pul province. This coordination proves that there was at least some residual coordination between some elements of the Taliban and ISIS-K. Moreover, there have been defections over the years from the Taliban to ISIS-K continued. There has been policy direction crisis among the Taliban. The Taliban in Qatar were pulling the Taliban in one direction as the Taliban on the ground wanted to pull another. This divergence has never been wider as the country has now succeeded to the Taliban. There has been a call for a general amnesty for all Afghans that worked with the government, but there have been elements of the Taliban that have not adhered to these policies. It is possible that ISIS-K has popped its head up to take advantage of this and destablize the Taliban’s efforts to remain as a cohesive unit.

In the past, the Haqqani Network targeted Kabul with a series of bombing. However, since 2016, so as ISIS-K. In fact, ISIS-K attacks have proved to be more destructive than the attacks of the Haqqani Network. A troubling indication that there might have been a rivalry of reputation over their attacks.

Regardless, the attack on Kabul Airport is a blow to the Taliban and Haqqani’s reputation. There have been numerous reports of the multiple Taliban checkpoints to the airport and how they would not let anyone past. How did a number of terrorists past those checkpoints with bombs, guns and ammunition?

When ISIS-K established their presence in Afghanistan, it was met with optimism by the Quetta Shura. It was another group that would fall in line and provide funds. However, it did not and more importantly, it was a group that not only caused the defection of Taliban fighters but also came to the assistance of those that wanted to split from the Taliban. Then there is also the curious case of Mirza Olang where Taliban and ISIS fighters coordinated their attack.

There had to be some level of coordination and at least some level of bribery, which would indicate that the fractures of the Taliban exist and that ISIS-K wants to make them known. There is a distinct possibility where the ISIS-aligned Taliban allowed for the bombers and gunmen to enter the restrictive zone at the gates of the Kabul airport. The objective would have been not only to kill US troops and demonstrate to the world that ISIS can still strike a blow but also strike a blow within the leadership of the Taliban. The Afghan Taliban are now asking themselves of whether the Haqqani Network be trusted with the security of a prime target like Kabul? And are probably concerned about ISIS-K sympathizers within their ranks. The Doha elite will probably have to provide reassurances to the Taliban ground forces  about the evolving situation.

Watching what the United States will do next, is not what people should do. The Biden administration may never get whomever was fully responsible, especially after having to pullout hard intelligence assets and the ability to strike quickly with drones. This being said, observing what happens in the upcoming Taliban shuffle is paramount. Because ultimately, that will indicate the stability of the group and might show new fractures.