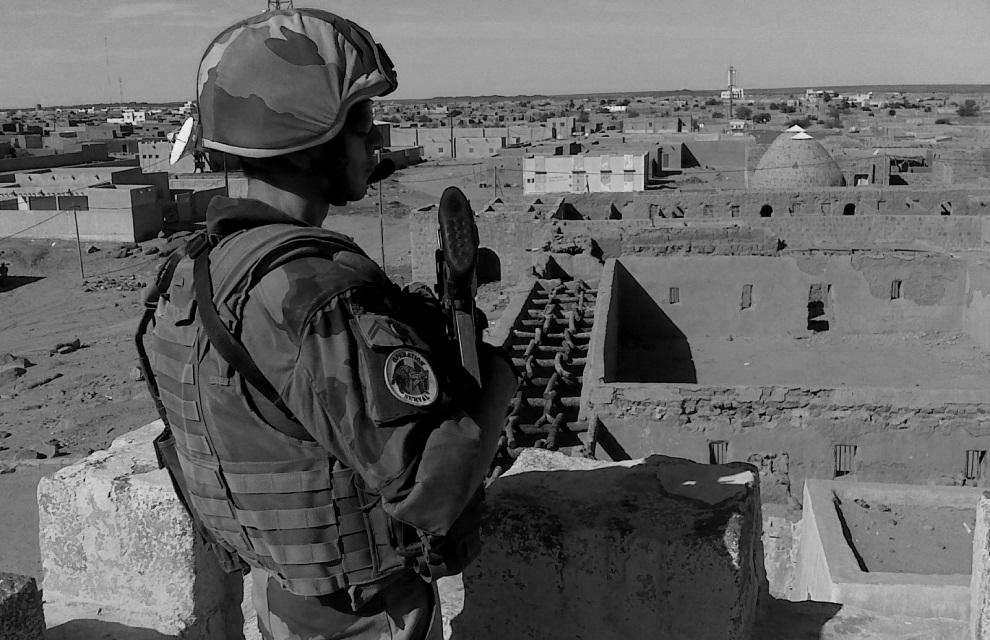 Multiple news agencies are reporting that the British naval officers are using a collection of pop songs, including hits from Britney Spears, to ward of Somali pirates.

New scrutiny has emerged over the incident in Kunduz that left 91 dead, mostly civilians, reports Der Spiegel. Four years ago, a German military officer, operating as a forward air controller, instructed American F-15 pilots that there was an incoming threat. A NATO report indicated that at least 142 were left dead or injured. The military charges against Colonel Klein were dropped, however civil action for damages will take place.

Russia plans to raise the issue of the planned deployment of US missile defense elements in Japan, reports RIA Novosti. The US has already deployed one radar system to Japan and rumours suggest that the US is planning to deploy a third in Southeast Asia, possibly in the Philippines.

There have been more claims that the United States has been spying on European leaders and have hacked both Google and Yahoo servers. Reuters reports that European intelligence agencies committed the acts of espionage, themselves, and then handed the data over the Americans. NSA Director General Keith Alexander has been in a public congressional hearing in attempt to counter and answer the international complaints.

Newly declassified reports indicate that the US test flew Soviet MiG fighter jets over Area 51 during the 1960s, reports RIA Novosti. One of the MiGs in question was loaned to the US from Israel after it was captured.

The New York Times reports that French troops are conducting another anti-insurgent sweep in Mali. The operation in being conducted in conjunction with Malian and UN forces and is the largest operation in the country since France intervened earlier this year.

UN peacekeeping forces clashed with M23 rebels in eastern Congo, reports the UN News Centre.  The M23 rebels have recently rejoined the negotiation process with the government and the UN mission is focusing on the remaining rebel groups. Around 60 people are dead in the Central African Republic after sectarian clashes, reports Reuters.

The crisis in the Central African Republic started in March after the Seleka rebel coalition seized the capital Bagui in March. France is increasing its diplomatic pressure for international assistance. The African Union is planning a force of 3,600 personnel but it is unlikely that the force will be deployed before 2014.

Syria’s chemical weapons production and mixing facilities have been dismantled, reports Reuters. The Organisation for the Prohibition of Chemical Weapons (OPCW) met its deadline of the 1st of November. The Syrian government and the OPCW have to agree to a detailed plan to destroy more than 1,000 metric tonnes of toxic agents and munitions by the 15 of November to meet its next deadline.

Iraq is seeking renewed counter-terrorist aid  from the United States, reports AP. Iraqi Prime Minister Nouri al-Maliki will be meeting US President Obama and aid including weapons and training will be discussed. Earlier this month, Iraq pressed the US for faster weapons deliveries.

The Guardian reports that Afghan investigators have fired six senior police, spies and other security officials after a ‘micro-bomb’ that killed the governor of Logar province as he led prayers at a mosque. The Afghan intelligence service has relieved 65 of its staff for being ‘heroin addicts’, reports Reuters. National Directorate of Security (NDS), Rahmatullah Nabil, told the Afghan parliament that their efforts would continue, suggesting that there will be additional sacking. An Afghan special forces commander has defected to Hezb-e-Islami, an insurgent group, with a Humvee truck packed with weapons and hi-tech equipment, reports Reuters.

India is the world’s largest importer of weapons, however India will be showcasing some of their domestically-built weaponry for export in South Korea next week, reports the Times of India. It is expected that India will be showing their Akash surface-to-air missile (SAM), Tejas Light Combat Aircraft (LCA), Pragati surface-to-surface missile (SSM), an airborne early warning system (AEWS), and many other systems.

Heavy gunfire heard in the Democratic Republic of Congo.

The Malian government has issued court summons for soldiers that were involved with the April 2012 clash, including Sangogo.