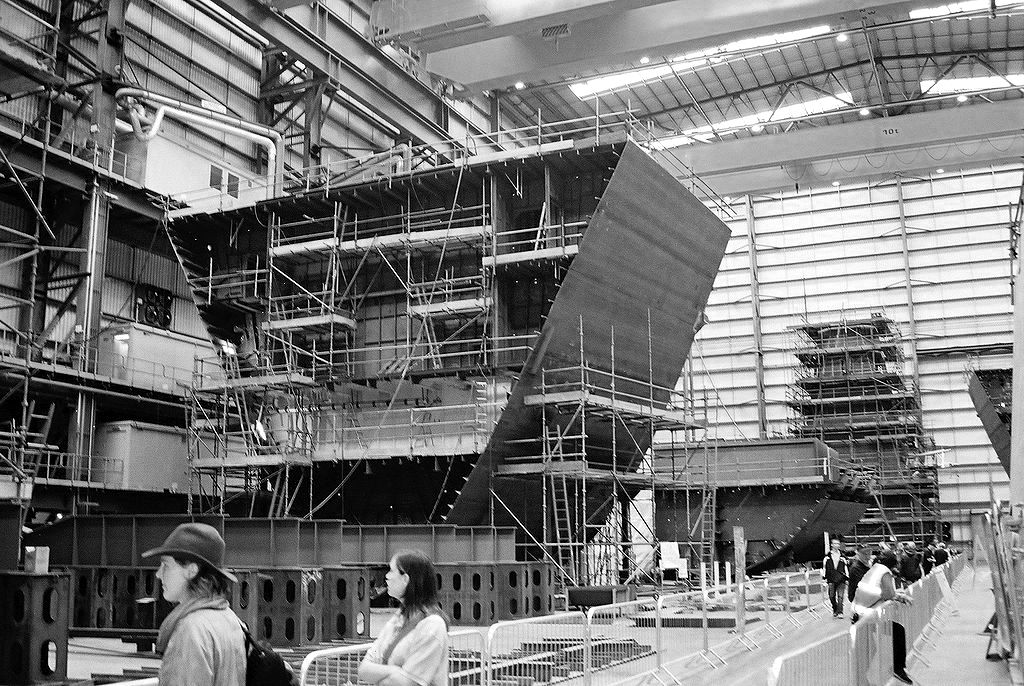 BAE announced that it is restructuring its naval sector. A significant reduction in the work force will follow after the peak work for the Aircraft Carrier programme, the six Type 45 destroyers and two export contracts. In the later half of 2014, shipbuilding operations will cease in Portsmouth and the second Queen Elizabeth Class Aircraft Carrier will be allocated to Glasgow. The cuts will affect more than 1,000 jobs in shipyards across the UK. Multiple news agencies are reporting that the Queen Elizabeth class aircraft carrier programme has risen.  In 2008, it was projected that the programme would cost GBP 3.9 billion. It is now estimated that it will cost GBP 6.2 billion.

Lockheed Martin announced that Romania will be accepting deliveries of the Aegis Ashore system in 2015. This will be part of the European Phased Adaptive Approach for ballistic missile defense (BMD). The Aegis Ashore system is the newest generation of BMD, also known as BMD 5.0, and is based on the sea-based Aegis system. The Telegraph reported that the British government has officially issued a formal complaint to the Spanish government following an armed standoff between a Spanish Guardia Civil vessel and a Royal Gibraltar Police patrol boat.

AFP reports that a Toronto-bound flight from Caracas, Venezuela was stopped after it was discovered that the flight had five additional passengers. Four Iranians and an Afghan boarded the plane with fake boarding passes and no visas. Questions over the security of the airport in Venezuela have been raised after 1.3 tonnes were found on an AirFrance Jet in Pairs that originated from the same airport.

The Colombian government and FARC have reached an agreement that FARC may participate in politics, but only after FARC ends its near 50-year insurgency, reports AFP. This issue was seen as the key issue that needed to be resolved.

The M23 rebel group in the Democratic Republic of Congo has officially announced that the armed resistance to be over. The M23 group has been around in the Congo since 1996. In recent months, the UN peacekeeping force increased its efforts to put military pressure on the group.

Libya is to stop paying armed groups from the 2011 uprising unless they join the national security forces by the end of the year, reports AFP. Since the overthrow of Muammar al-Gaddafi, various factions of the rebel alliance have split and formed their own militias based on different ideologies and motivations. AQIM has claimed responsibility for the deaths of two French journalists in Northern Mali, reports AFP.

Results of the Swiss forensic tests on Yasser Arafat have confirmed that he was poisoned with polonium. Polonium levels in his remains were 18 times higher than normal. Polonium poisoning gained international attention in 2010 with Alexander Litvinenko, a former Russian FSB officer. Syrian government forces claimed victory in the town of Aleppo, reports al-Arabiya.

The Syrian rebel leader in Aleppo has resigned from his position, reports AFP. Fighting in Aleppo erupted in July 2012. Various US sources claim that the Israeli air force destroyed a missile shipment in Syria, near Latakia, that was bound to Hezbollah.  The missiles were purportedly to be Russian SA-8 surface-to-air missiles.

US Secretary of Defense Robert Hagel announced that the US will deliver six V-22 Ospreys to Israel, reports Israel National News. Israel will be the first foreign operator of the Ospreys when they are delivered.  The first planes are scheduled to be delivered in 2015.

Hezbollah deployed 15,000 fighters for an anticipated battle at the mountainous area of al-Qalamoun, which is north of Damascus. Syrian government forces are massing in the region for an offensive against the Syrian rebels. The Syrian government allied itself with Hezbollah.

The chief of Tehrik-e-Taliban, Hakimullah Mehsud, was killed in a drone strike, reports Pakistan’s Dawn. Mehsud was leaving a meeting at a mosque in the Dande Darpakhel area of North Waziristan when the drone targeted the vehicle he was driving in. The drone strike was condemned by the Pakistani government as a violation of Pakistani sovereignty.

North Korea reports that one of its ships sunk during ‘combat duties’, reports Reuters. At least 19 North Korean sailors died during this incident. It is not clear how the submarine chaser had sunk.

South Korean arms exports continue to grow, reports FT. Among the potential customers, both Botswana and Peru are currently considering to buy South Korean tanks and howitzers. China’s state news agency, Xinhua, reports that Japan has deployed surface-to-ship missiles in Okinawa. Japan and the US recently agreed that a ballistic missile defence system in Japan.

Pictures of Aleppo are surfacing on social media.

A purported photo of a semi-submersible ship that is use for smuggling.