Wires Brief: Trump threatens to pull out; Macron (and Merkel) pump more in; India and China try to swap numbers 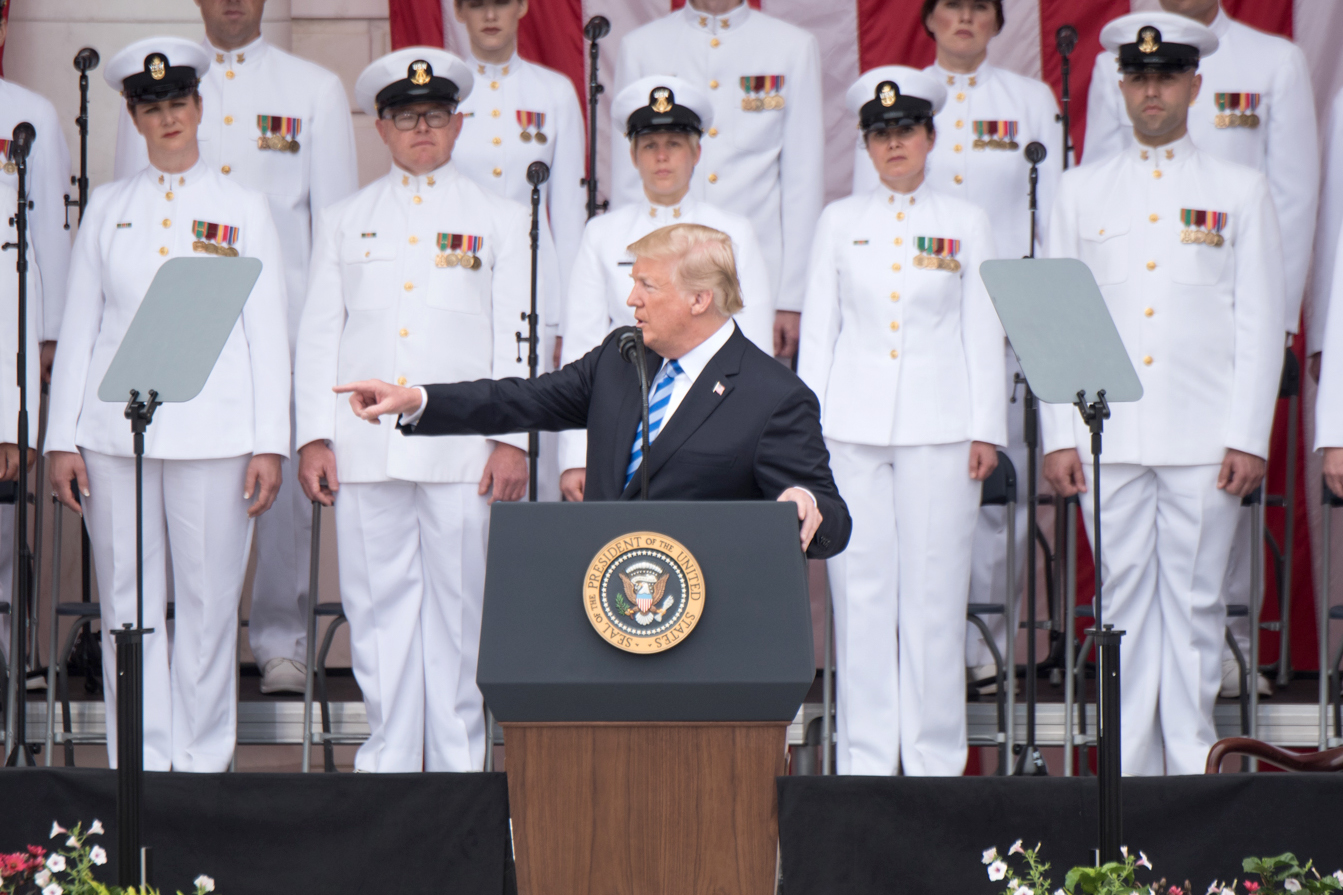 The Ministry of Defence has said it should be free to exclude EU firms from defence contracts in order to benefit the British economy. In a report commissioned for the Ministry, it was recommended that it should “take early action to safeguard its freedom of manoeuvre in procurement post Brexit.”

The number of UK troops deployed in Afghanistan will rise in an indicator of British commitment to the NATO alliance. In addition to this, Prime Minister Theresa May has also asked other NATO countries to match Britain’s 2% GDP spending on defence at a time when Donald Trump is criticising his allies over their spending.

Although it ordinarily has a policy of military neutrality, Ireland will participate in defence research out of a sense of pragmatism according to the country’s chief science adviser, Mark Ferguson. He also said, “there’s no resistance in Ireland whatsoever on issues like cybersecurity, because we realise it’s the warfare of the future… but I don’t think we’ll be building a nuclear warship any time soon.”

Germany and France have both pledged to raise their defence spending after comments by Donald Trump which allude to a reduction in US military support in Europe. Emmanuel Macron has said France will spend an additional €16 billion, along with Angela Merkel who has pledged €18 billion from Germany – although both are in for criticism due to the length of time it will take to receive these funds, or the total amount compared to the NATO spending target of 2% of GDP.

Russia has apparently been fortifying its border with the West, with satellite images showing improved munitions storage in Kaliningrad. A Pentagon official said, “Without commenting on specific intelligence matters, Russia continues to demonstrate aggressive behavior in Europe.”

A hacker has been discovered selling US military secrets online. Exploiting a known weakness on the device of a US Air Force captain who had recently undergone a cyber security awareness training course, information on the MQ-9 Reaper drone was discovered alongside details on US tank operations.

Prime Minister Justin Trudeau has announced a Canadian-led NATO deployment to Iraq. The training mission will be to assist in the development of Iraqi government soldiers, and is thought to have been announced as a response to President Trump’s recent criticism of many NATO allies who the American leader believes are not pulling their weight when it comes to security.

The South African Defence Fund Initiative has finally been launched, aiming to improve the flagging South African defence industry. One industry figure said, “the fund exists because the formal banking sector has a jaundiced view of the defence sector. Elsewhere defence is regarded as economic royalty.”

The Turkish foreign minister has defended the country’s purchase of Russian equipment, saying that the only reason his country bought the S-400 missile defence system was because Western allies would not sell to Turkey. “I wanted to buy from the U.S. for the last 10 years; it didn’t work. I couldn’t buy from NATO allies, so Russia gave me the best proposal. And now I’m buying from Russia,” said Foreign Minister Mevlüt Çavuşoğlu.

A new US-built airbase is set to open in Kuwait to help facilitate “the largest aerial port of debarkation in the Middle East”, according to a press release. Cargo City, as it is called, will work as a temporary operations hub but is eventually to be replaced and used purely as a cargo holding area.

The Syrian army is set to take the rebel-held city of Daraa. Negotiations are currently underway between Russian officers and rebel troops to allow safe passage to rebel-held parts of northern Syria. A large contingent of Russian military police has accompanied government forces in their advance through parts of Syria which have been outside of government control for years.

Negotiations over installing an India/China hotline to help avoid conflict escalation has encountered several obstacles, which may be resolved by an Indian delegation to China next month. Although both nations have established similar hotlines with neighbours (China with Japan and India with Pakistan), there is no clear indicator of when or if a similar function may be established between India and China.

New Zealand is purchasing US military aircraft in what appears to be a build-up responding to a more active Chinese presence in the Asia-Pacific region. “Maintaining a maritime patrol capability is essential for New Zealand’s national security, and for our ability to contribute to global security efforts,” said Ron Mark, New Zealand Defence Minister.

Demonstration of the B-1 Lancer Carpet bombing run