Book Watch: PostCapitalism: A Guide to Our Future 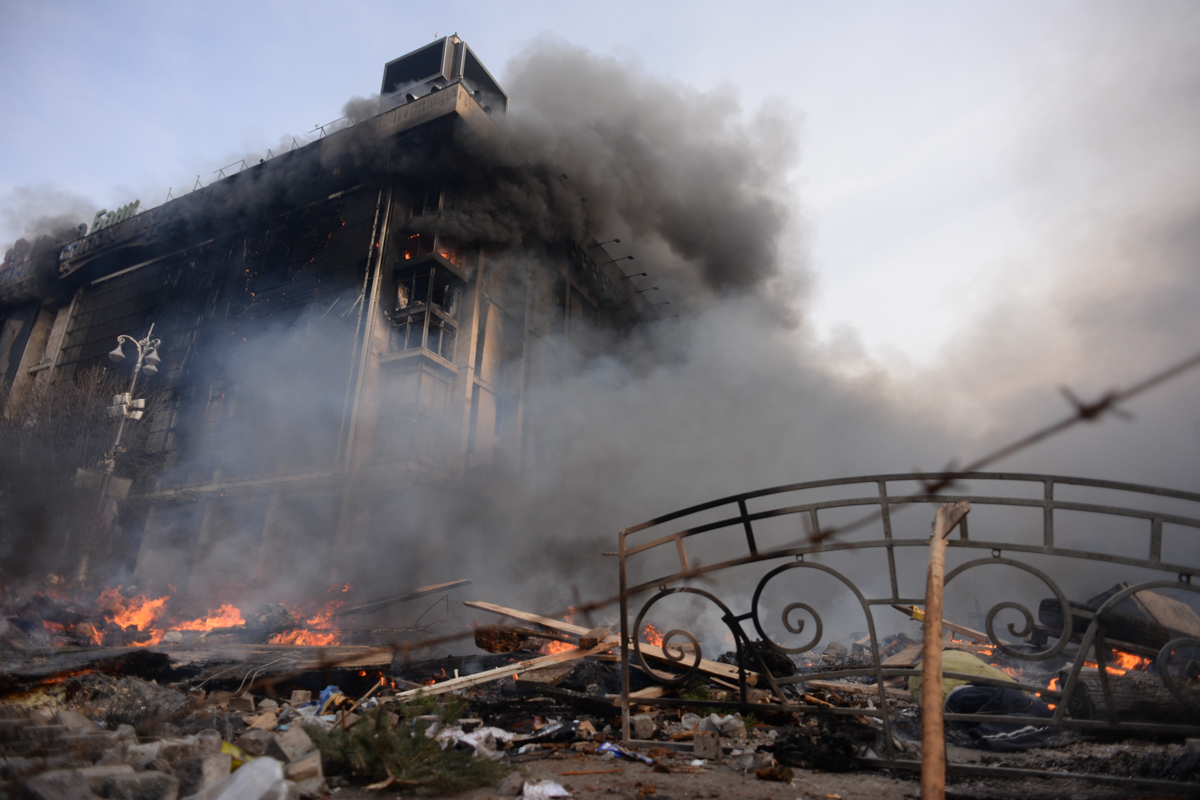 PostCapitalism: A Guide to Our Future
By Paul Mason; Allen Lane Publishers, 2015. GBP 16.99 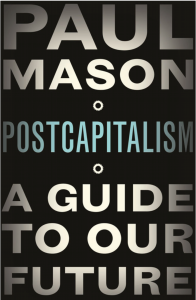 What comes after Capitalism? This is not a simple question, nor is it one solely the purview of economists. Should this be a question better left for politicians, business leaders, economists, academics?

The world is facing a global economic crisis the likes of which is unprecedented in modern history and it is not going anywhere. Unlimited growth is unsustainable, unlimited financial freedom -unfeasible. The impending economic upheaval emerging as the world’s economic system begins to recognize this simple truth has significant, even dire implications.

The system is broken; it is in fact, by its very nature, killing itself. There is a way forward. Through the very mechanisms that are killing our current economic system a new liberation can occur. This is the warning and message of hope in Channel 4’s economics editor Paul Mason’s new book, PostCapitalism: A Guide to Our Future.

“for the developed world the best of capitalism is behind us, and for the rest it will be over in our lifetime”

Everything flows and economic theory has real world consequences. Often these theories carry implicit or explicit implications of upheaval and crisis, which impact upon defence and foreign policy considerations. It is why defence and foreign policy professionals and academics must not simply embrace interdisciplinary work but become masters of the art. Everything, climate change, religion, language, history, and economics must be mastered by the defence and foreign policy community to prepare for what history has taught us is the only certainty in this world…change, the fall. It is for this reason we have seen militaries accept and embrace climate change long before their political masters could.

So too must they now accept the unthinkable – the economic systems which underpin our global society are dying.

This is a fact too quickly dismissed by those who fear to consider the unthinkable. Despite dismissive criticisms Mason’s new book is monumental. Mason’s plan must be implemented immediately, tomorrow is too late. Mason’s prognoses is bleak and laid out with startling bluntness; Capitalism is dying and with it our known world. By the end of the second page you are already starting to feel a cold sweat creep across your brow. The stark reality of it all is almost too much to believe but as Mason points out no system lasts forever.

Indeed, in his view “capitalism is a complex, adaptive system which has reached the limits of its capacity to adapt.” Furthermore, “Remorselessly, capitalism’s failure to revive has moved concerns way from the scenario of a ten-year stagnation caused by overhanging debts, towards one where the system never regains its dynamism. Ever.”

The defence/ military implications are explicit in Mason’s artful description of the corners of Eastern Europe where the death knell for capitalism has already rung. The coming shift will be brutal, ugly, chaotic and bloody. The world will become more fractured and polarized as it strains under the weight of maintaining the elite’s free lunch. Radical parties of the right and left are already beginning to emerge. Mason’s intro, lays out the problem with brutal frankness – it is a gut punch. Mason does not just make a clear and rational argument that explains what the writing on the wall should already tell us. Mason goes beyond and proposes a solution, which is outlined with equal clarity.

Intensely astute, Mason’s is a keen mind that is not only intimately familiar with economic theory but economic history and the global exercise of these theories. Mason is able to communicate this with a frankness that is refreshing. Through the application of this historical knowledge and real world examples an incredibly complex and abstract subject matter is simplified to a point where Mason’s theories become accessible and comprehensible to a much larger audience.

Mason also warns of the very real connection between economic trends and military conflict and clearly illustrates the trends his theories assert in real world examples. Mason clearly illustrates the repetition of these trends and costly errors in confronting them through each repeated historical cycle and the compound effect this holds for the neoliberal capitalist system. The message is clear; we have set ourselves up for a deadly fall. PostCapitalism is a terrifying eye opener that will leave you deeply disturbed.

Mason’s deeply disconcerting view of events invokes economists, social theorists, tech visionaries, lawyers, sociologists, historians and more to hammer home the point that we are fooling ourselves in our trust of ‘market forces.’ Technologically, Mason asserts is steering us towards “zero-price goods, immeasurable work, an exponential takeoff in productivity and the extensive automation of physical processes. Socially, we are trapped in a world of monopolies, inefficiency, the ruins of finance-dominated free market and a proliferation of ‘bullshit jobs.’”

As Mason lays out “today, the main contradiction in modern capitalism is between the possibility of free, abundant socially produced goods, and a system of monopolies, banks and governments struggling to maintain control over power and information. That is, everything is pervaded by a fight between network and hierarchy” The world has changed and the powers that be are scrambling to hold onto their privilege unwilling to accepted their world is ending.

In Mason’s view the system’s failure runs along a “main faultline in the modern world … between networks and hierarchies” …” “In the past twenty years, capitalism has mustered a new social force that will be its gravedigger” networked humanity.

PostCapitalism goes far beyond fear and doom. Mason does what many others have fallen short of, he proposes a path to salvation and it is a combination approach of grassroots and big power. On the one hand “they [the working class] are the working class ‘sublated’ – improved and replaced…they are no longer in thrall of the system. They are enormously dissatisfied with it. They are a group whose diverse interests converge on the need to make postcapitalism happen, to force the info-tech revolution to create a new kind of economy, where as much as possible is produced free, for collaborative common use, reversing the tide of inequality.”

“Neoliberalism” Mason argues “can offer them only a world of stagnant growth and state-level bankruptcy: austerity until death, but with an upgraded version of the iPhone every few years. And the freedom they cherish is perennially hemmed in by the neoliberal state – from the NSA mass surveillance techniques to those of the Chinese internet police. Above their heads, politics in many countries has become infested by a kriptocratic mafia, whose strategy is to deliver growth at the price of surprising freedom and expanding inequality.”

Mason, however, feels there is room for hope, “this new generation of networked people understand they are living through a third industrial revolution, but they are coming to realize why it has stalled: with credit systems broken, capitalism cannot sustain the scale of automation that is possible, and the destruction of jobs implied in the new technologies.” “The economy is already producing and reproducing a networked lifestyle and consciousness at odds with the hierarchies of capitalism. The appetite for radical economic change is clear. The next question is: what do we have to do to achieve it.”

On the other hand of this vision Mason is no anarchist railing against the powers that be, far from it. In Mason’s view the way forward can only be paved by our leaders, both politicians and the new wave of tech-industry giants. Mason makes clear, numbers don’t lie, global debt is reaching critical mass- privatization must stop, we must recognize the market cannot save us – it will not reach equilibrium. More, not less, extensive and involved planning by a strong government hand will be needed as the guiding force, like it or not.

This book can be found here at Allen Lane Publishing