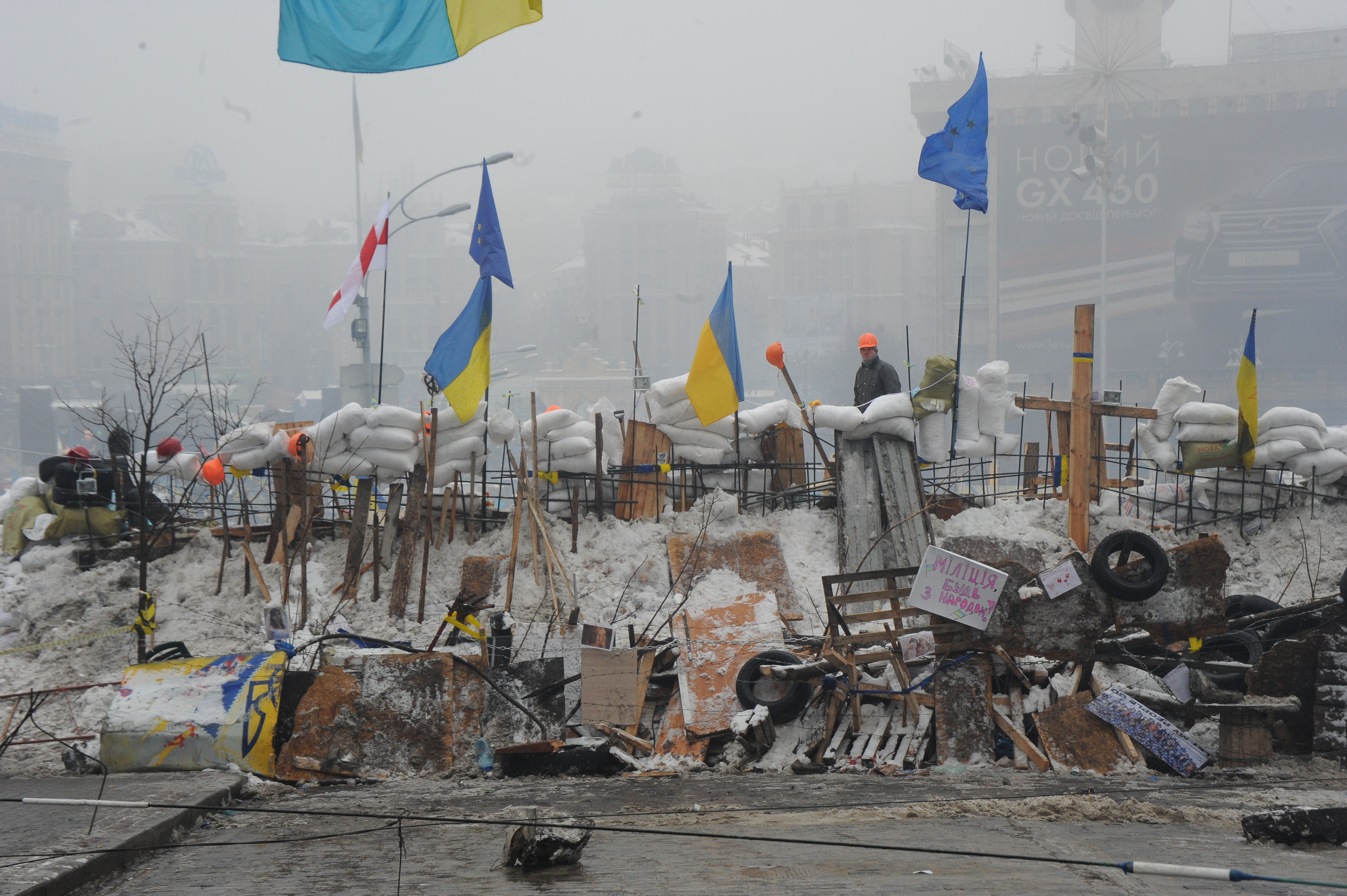 The ‘Ukrainian Crisis’ as we now refer to the events inside Ukraine since Maidan and Crimea has created a deeply troubling narrative in the west. Oversimplification abounds, something this writer is himself guilty of falling victim to at times. The events have been so immensely complicated and convoluted, so incomprehensible and have done so much to upset the Western perception of the global balance / world order that Russia is painted in a light that is far from reality. Putin is, unconstructively, painted as a crazed aggressor invading his neighbours in an attempt to establish ‘frozen conflicts’ without any real depth being provided in analysis concerning why the Kremlin has chosen the course it has.

This is not only a simplified but dangerous one-sided misrepresentation of reality. In the West, very little attention has been paid to the actual details on the ground and the domestic realities inside Ukraine that led to Maidan. Even less has been paid to the possibility of Western culpability in advancing events.

Richard Sakwa is a well-known and highly respected Professor of Russian and European politics at the University of Kent and associate fellow of the Russia and Eurasia programme at Chatham House who has published extensively on Russian and Eastern European politics. His latest work Frontline Ukraine: Crisis in the Borderlands published by I.B. Tauris is a brutal chiding of what has been the West’s rather simple, partisan, and at times misleading, approach to the Ukrainian Crisis.’ Our righteous indignation is cast aside by Sakwa who establishes a narrative fare more complex, a Russia for more nuanced in approach, and a West that is far less noble than it would like to see itself.

Sakwa’s approach is comprehensive, balanced, historically surefooted, pragmatic, and demonstrates an insight into events sorely lacking in Western discourse. Sakwa casts history in new light, the asymmetrical end of the Cold War, and although sympathetic to Ukrainian nationalist sentiment he pulls no punches concerning the deeply troubling foundations upon which this movement seeks to rest its nation. For Westerners who have considered the current crisis to be a new one, free of past troubles, this book is a deeply troubling read. It is a lesson of Moscow’s more acute awareness of the reality in which this situation is rooted. This is cause for us in the West to reconsider not necessarily the position held regarding Ukraine but certainly the simplicity to which we approach it. Ukraine is not simply a victim of Russian aggression (although it is that in some regard) it is itself an oppressor whose domestic issues has given cause to legitimate Russian concerns. Sakwa above all reminds us this is not a discussion of a Ukraine invaded so much as it is of a Ukrainian state that has failed internally and whose domestic issues have manifested themselves internationally. As Sakwa puts it, “The Ukrainian Revolution of February 2014 and the Donbas rebellion fed off each other, and were then exacerbated by geopolitical tensions.”

Sakwa also argues against the narrative of a Russia hell bent on upending the international order. He reminds is that Russia’s track record under Putin has been to settle (amicably) far more territorially issues than it has created. It is instead the following, in Sakwa’s words, that is at the heart of the matter. It is “the fundamental inability of Kiev and its Western allies to understand that this was no simply an ‘invasion’ but a genuine revolt against a particular type of statehood that had long been unpopular in the south-east, and that the Ukrainian revolution only intensified, meant that they could not recognize the political subjectivity of the rebellion as a force with which there should be dialogue.”

I have written about using more ‘stick’ in dealing with Russia. I have, in part, fallen victim to the ratcheting up of rhetoric that has led to the portrayal of anyone with anything fair to say about ‘evil’ Putin’s Russia as an anti-western fool. The fact is that Russia has valid criticisms and we need to ‘look in the mirror before we look out the window.’ In doing so we might find we hold a larger share of the blame than we realize or are comfortable with. Frontline Ukraine is a reminder for us to stop playing zero-sum politics and accept that we will need to not only accept Russia has having a valid view but also that some of our positions may need to be called into question.

This is the only way to work towards rapprochement, which is desperately required to address the current situation. We need not more stick, nor more carrot, just more acknowledgement of equals with different points of view that may sometimes conflict but are often equally valid. Sakwa makes a strong case for reconsidering the hardening stance the West has taken regarding Russia. For someone such as myself who claims to be an authority on this part of the world it was a humbling read that put me in my place and was a stark reminder of how easy it is to get lost in the immenseness of international affairs.

Sakwa is at heart pragmatic, fair, and balanced. He is not pro-Russia but he is openly critical of the West’s approach to Russia. He is a realist and argues it is more than simply opposing paradigms at the heart of the Ukrainian divide. It is Western ignorance and an intolerance towards Russian views as well as a failure to acknowledge that Russia’s view are not only valid but their actions are reactionary to the West’s heavy-handed attitude. An attitude that is reflective of an ignorance of the fact they are dealing with a multi-polar world wherein their actions are not seen by all as benign.

As Sakwa points out “…the advance of the EU into Eastern Europe came up against an already existing network of economic and other partnerships, and thus entered contentious territory. EU policy could find no way to take into account the interests of other actors, and instead its approach was characterised by ‘a rather naïve, Euro-centric attitude.’” However, Sakwa does not believe Russia is not without fault and demonstrates the inherent contradiction in Russian policies that are part fantasy and part paranoia. In this narrative Russia is at times its own worst enemy and has created self-fulfilling prophecies. The conflict inherent in Moscow’s Eurasian policies (which are inherently contradictory) only antagonize the Russians goal of greater European integration and serve to only further advance Western encroachment and isolation of Russia.

It is easy for the West to be dissuaded by Moscow’s ham-fisted response, domestic propaganda and professional internet trolls from the very real mistakes made by Western approaches which have contributed to the road altering course in the direction we have come. I’m left feeling such a fool for not myself having held a more balanced and nuanced approach to the region and embarrassed that Sakwa had to take me to school in order for me to realize how far I have strayed, how poorly and simply I approach such a complex situation. This book has left me, as it will no doubt leave many others, humbled.

It’s not often a book reaches out and slaps you in the face and forces you to reconsider your entire position on a fundamental level. Frontline Ukraine is that kind of book. It cuts through the talking head static and makes a convincing case for a new view. One which serves as a big eye opener as to not only how simplistic and far off the mark we have been in Ukraine but also how selectively we choose to discuss events.

Frontline Ukraine is brilliant, insightful, extensive, detailed. It warns us the West possesses a deep misunderstanding of what is happening and as to why. This is not only to the West’s detriment; this ignorance is in fact feeding the beast. Sakwa lays bare how much there is to know in the way of background before on can attempt to weigh in on the subject and shows us how little the espousers of anti-Russian vitriol really know about the subject upon which they speak.

It cannot be stressed enough what an incredibly important read this is for Westerners commenting on Russia. This is the area of focus of this reviewer and despite considering myself well informed on the region I found myself questioning how hard a line I have drifted towards in discussing Russia. At times I found myself putting the book aside to re-read past Defence Report articles only to lament their simplicity. It is easy for one to get lost in the humanitarian crisis occurring in places where Russian views have manifested themselves and our enflamed passions drive us to blindness.

Too much of the current discussion is couched in rhetoric and ideology instead of reality and pragmatism which creates an ever-widening divide. Rapprochement is needed and can only come with an understanding that the problem is multifaceted and opposing views have valid points. Sakwa’s latest work takes a huge leap forward in that direction and should be required reading for pundits and world leaders alike.

This book can be found here at I.B. Tauris Publishers