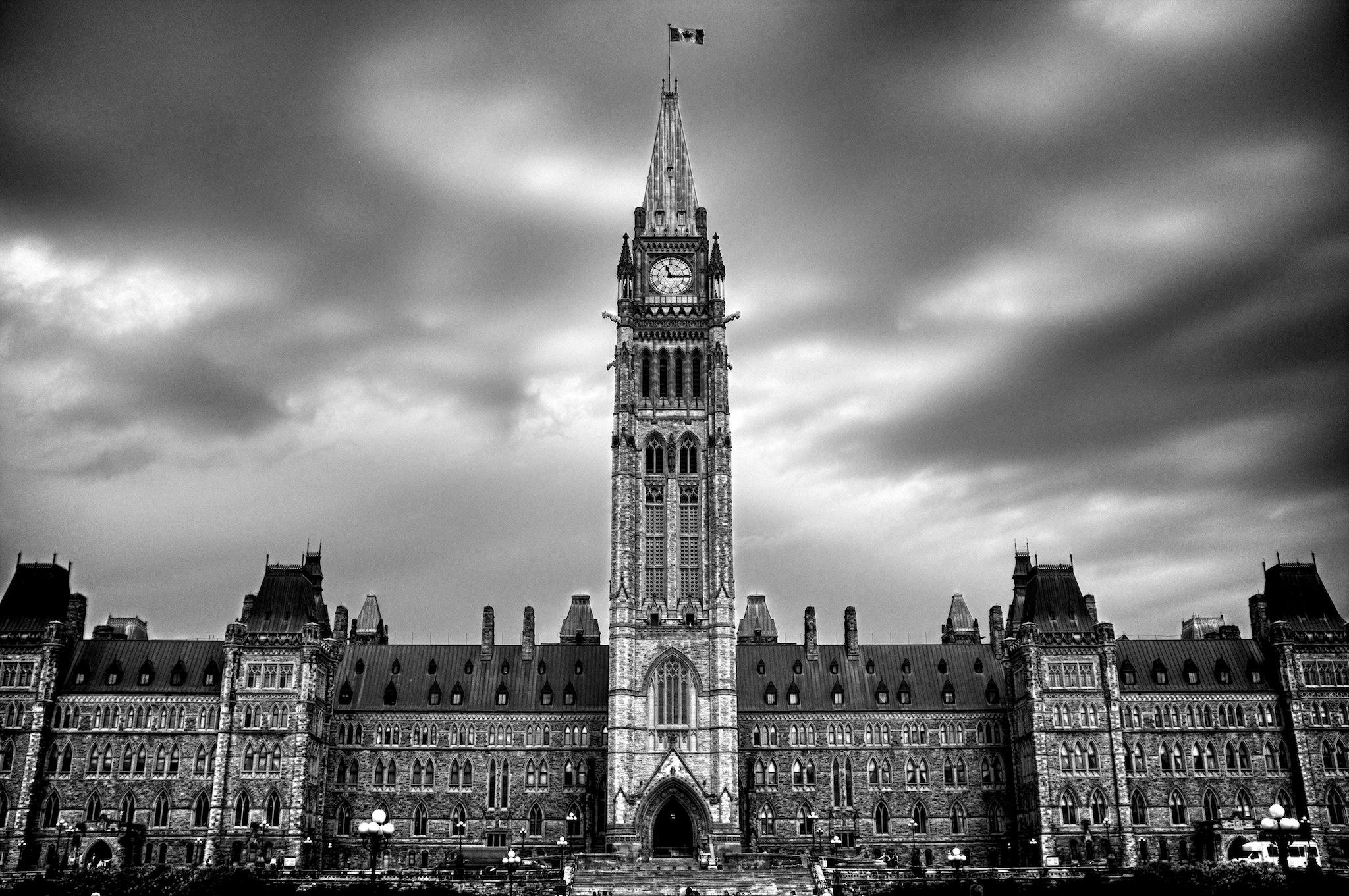 Well, it is election season in Canada. The television is full of political ads espousing that each political party will fulfill Canadian values and be best for Canadian families. The election is still months away, but defence and foreign policy issues are becoming a significant topic. This is unlike our electoral politics as the battleground usually concerns healthcare, the debt, and daycare subsidies. NDP leader Thomas Mulcair, on TV, has already awkwardly winked while sitting in a café. The Conservatives, however, have been more creative with their TV ads. I never thought I would see the day that a political ad in Canada would utilize the propaganda of an insurgent group to attack another party.

The use of the defence-related photo-ops is already well-established in Canada’s political arena. It is well-known that MPs love big procurement announcements as gives them an opportunity to be at the unveiling of a new sexy defence project, like the F-35 or the Leopard 2 tank, and take credit for the economic benefits for Canada and the revitalization of the Canadian Forces. By sharing the procurement file, three MPs get to be part of the photo-op, the commitment and then play hot potato when things go awry. The unveiling of Canada’s further commitment to the F-35 allowed for ministers Peter MacKay, Rosa Ambrose and Tony Clement to ogle at the cardboard mock-up of the next-generation fighter jet. A commitment that ironically was exemplified by being made of paper.

Prime Minister Harper and Defence Minister Jason Kenney recently had their moment in the “danger zone” as Russian warships shadowed their every move on HMCS Fredericton. Again, it is election season and it should be expected. Just like all of the promises of new infrastructure projects on military bases made by various Conservative MPs across Canada – only dependent on the Conservatives getting in and not reneging on those promises later for various budget reasons.

The Conservatives ran the “He’s not ready” ad where a group were examining who was going to take the job. It was entertaining, it poked at Trudeau’s inexperience, the Sun’s coverage of sending Parkas to Iraq, and of course praised his hair. The most recent attack ad that I have watched is the one where clips of purported ISIS executions are superimposed with media clips and ends with Trudeau’s interview with CBC’s Terry Milewski.

ISIS’ propaganda has been extremely successful in this hyper digital world. Its productions have been at the professional quality level. Creating a political ad that depicts elements of Canada want to withdraw, because of their purported atrocities, is borderline negligent. The attack ad featured images from ISIS propaganda videos and sported the ISIS anthem.

It is a quandary why such an ad would feature ISIS propaganda. Obviously, it is for effect but it can have serious consequences. The political ad does not only meet the Conservatives political needs but also ISIS’ propaganda savviness. On the domestic front, they are further propagating their purported atrocities and running the minute chance of fostering lone wolf terrorism at home. Canada has already been a victim of lone wolf terrorism during the ISIS degradation campaign. However, and more importantly, for ISIS in Iraq they have given them an already finished propaganda video that demonstrates to their supporters and followers that Canada is having serious doubts – indeed a moral victory. It is surprising that this ad is not a contravention of notorious Bill C-51.

The Liberals may want to stop Canada’s involvement in the air campaign, but so does the NDP and they were not even mentioned. The NDP’s stance is to send more humanitarian aid. The Liberals agree to this, but also want to further expand our commitment to train the Iraqi military. Iraq’s military needs specialized personnel such as Explosive Ordinance Disposal experts. At the moment, the reigning Conservatives are not considering to deploy more troops to Iraq to assist in the training mission. That is up to the Americans, according to Defence Minister Jason Kenney.

The Conservatives may think that the use of this ad is “germane”, however it may prove to be extremely irresponsible. We have to remember that when it comes to battling ISIS on the propaganda front, there is more at stake than votes.

(The political attack ad in question)