Weekly Recap: Why aren’t we talking about Ukraine – Part Three 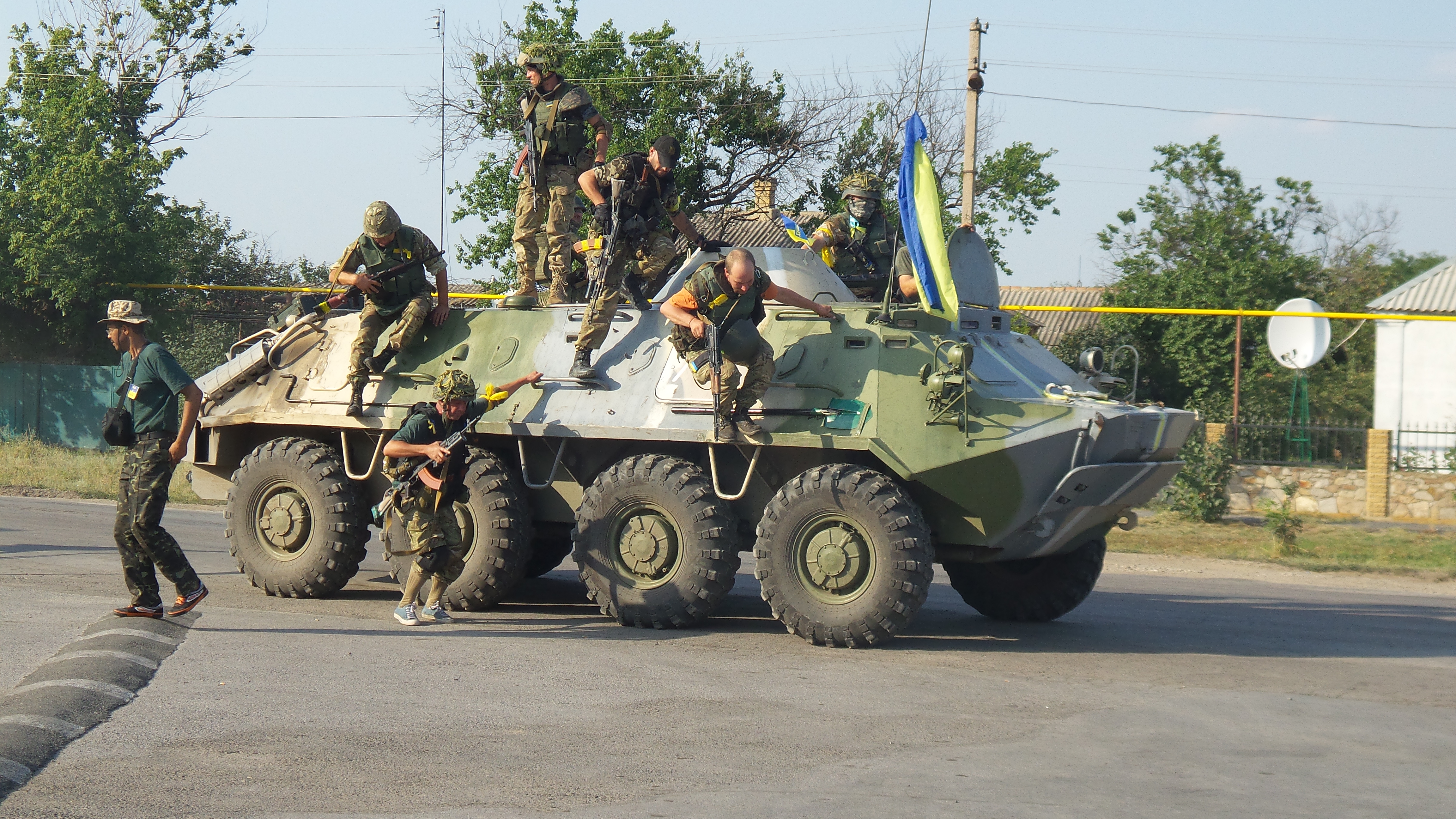 Some have argued that Prim Minister Harper’s visit to Ukraine was an empty gesture. This is likely a correct assessment and Canada’s level of commitment is unlikely to change unless larger powers lead the way. Those who have been talking about Ukraine are a limited bunch and mostly critics. Perhaps this is due to the lack of clear vision and clear effort on the part of leadership to articulate a counter narrative. Unless there is a clear articulation on the part of leadership as to why the war weary West needs to become more cooperative and forceful in dealing with Ukraine nothing will likely change. Prime Minister Harper has certainly been trying, but without much success it would appear. This lack of clear messaging or a greater effort on the part of leadership to establish such a counter narrative lies in a point made by critics. The situation is indeed a complex and ugly affair. However saying so stops short.

The situation in Ukraine is truly disturbing. The Azov regiment’s fascism is alarming to say the least and their actions are without a doubt war crimes. There existence is however not surprising, uncommon or difficult to understand within situation of this kind – A situation created by both Russian aggression and the West’s lukewarm response. At the end of the day if Putin was not undermining Ukrainian sovereignty and arming a minority this would not be happening – likewise if the EU and US were not so boorish in handling the development of stronger relations with countries in Russia’s back yard, such as in Georgia and Ukraine, and in so doing agitate an insecure Putin this might not be going on.

In the face of this and subversive aggression from an overwhelming military power it is reprehensible but not unsurprising nor difficult to understand the Ukrainian government, still reeling form the events in Maidan Nezalezhnosti and across Ukraine in 2014 and facing a major orchestrated program of destabilization to be tempted down the road of courting fanatics. To be clear this is folly on the part of the Ukrainian government. 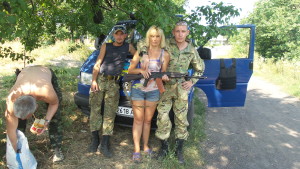 In the long run the reality of this is terrifying to consider. Ukraine, if stabilized soon could perhaps shake off these groups and burn these relationships that are no longer of use. However this would still be a government whose hands would be stained with blood, a fact not soon to be forgotten within the Donbass.

Furthermore the longer the conflict continues the more likely these radical elements will have opportunities to dig in and gain positions of importance. Something akin, but more extreme, to the phenomenon witnessed after the last Israeli election as Netanyahu signed his fate over to the Knesset, would undoubtedly occur. Of course the Ukrainian example is far more extreme at the movement but the parallel is there. The Ukrainian government could one day find themselves no longer master of their monster but instead find they are being dragged by a beast that they no longer control.

The International Order and Dialogue

Again this is entirely the fault of the West’s weak lip service support for Ukraine. Ukraine is the canary in the coalmine of an increasingly dangerous and destabilizing Eastern Europe and international order. Were the West’s weak response not enough they are as equally guilty as Putin of advancing the danger by resorting to posturing and rhetoric while playing for the home audience instead of acknowledging the others position and engaging in real dialogue. The low point thus far might be the West’s refusal to attend Moscow’s VE Day parade, which served no purpose at all other than to further damage an already difficult dialogue.

NATO’s refusal to face the situation for what it is and in a unified way but instead respond piecemeal such as in the Baltics without a larger strategy beyond reacting leaves one deeply concerned for the future course of the current crisis. This could become make or break time for NATO and if they are not ready to step up as a unified alliance the alliance will break, which is a truly terrifying possibility to entertain.

It is with great reluctance that one invokes Godwin’s law, as this article has in reference to Hitlerjugend, and it s not done lightly. However, the situation does have enough of the hallmarks of historical parallels with Munich to give a moment’s pause and consider that those who have invoked such a parallel may be misguided but not so completely off the mark to be dismissed.

The danger in drawing such a parallel and why it has, and should be, alarmingly rejected is the implication that one could assume there is no point in dialogue. In the case of Putin there very much is. One could certainly argue Putin seems to be disregarding the international order and appears hell bent on conflict, but the question again comes back to why.

Putin and Russia are weak and unstable, all the more so by economic sanctions. It is this domestic

instability that has motivated Putin’s alarming foreign policy. This policy has served him in the past in dealing with the Caucasus, largely ignored in the West. In the current context it has worked for him in the short term but it’s wearing thin. It is unsustainable and the only eventual outcome is open conflict, which will be the end of Putin’s position regardless of success or failure. There is therefore incentive for Putin to talk and engage. He is not so strong in position at home that starting conflict after conflict will be enough to maintain his hold over the Kremlin, he needs economic recovery. If Putin continues down the current path it will not be Munich but Red October that be the more accurate historical parallel for his future.

Unfortunately both sides have in fact begun feeding a feedback loop. We are creating a self-fulfilling prophecy and the best chance at avoiding the end result, if indeed we can, is still dialogue. It requires however give as well as take. The West must acknowledge Russia’s legitimate concerns and viewpoint, inversely however it must be demanded that Russia quit playing games, stop using subversive military force, and feeding weapons to those who would up end stability, leave Ukraine and also recognise they are not the Soviet Union and can not expect to exert regional control in the way they have in the past. The Russian psyche must, as the world has, change.

Western leaders too must realize they are not all Winston Churchill and their rhetoric is empty and damaging. To reconcile their relationship with Moscow and defuse this crisis the West will need to take the first step of reconciliation. However, to do so requires a much stronger and unified hand in dealing with Putin. So far we have provided Putin with no carrot and very little stick. To address this crisis and move forward the West must provide Putin with a much larger carrot (indeed any at all would be better than what currently exists) but it also requires NATO to show Putin a much larger unified stick.

This is the final part of a special three part series.  If you missed the previous posts, you can find the first one here and the second one here.