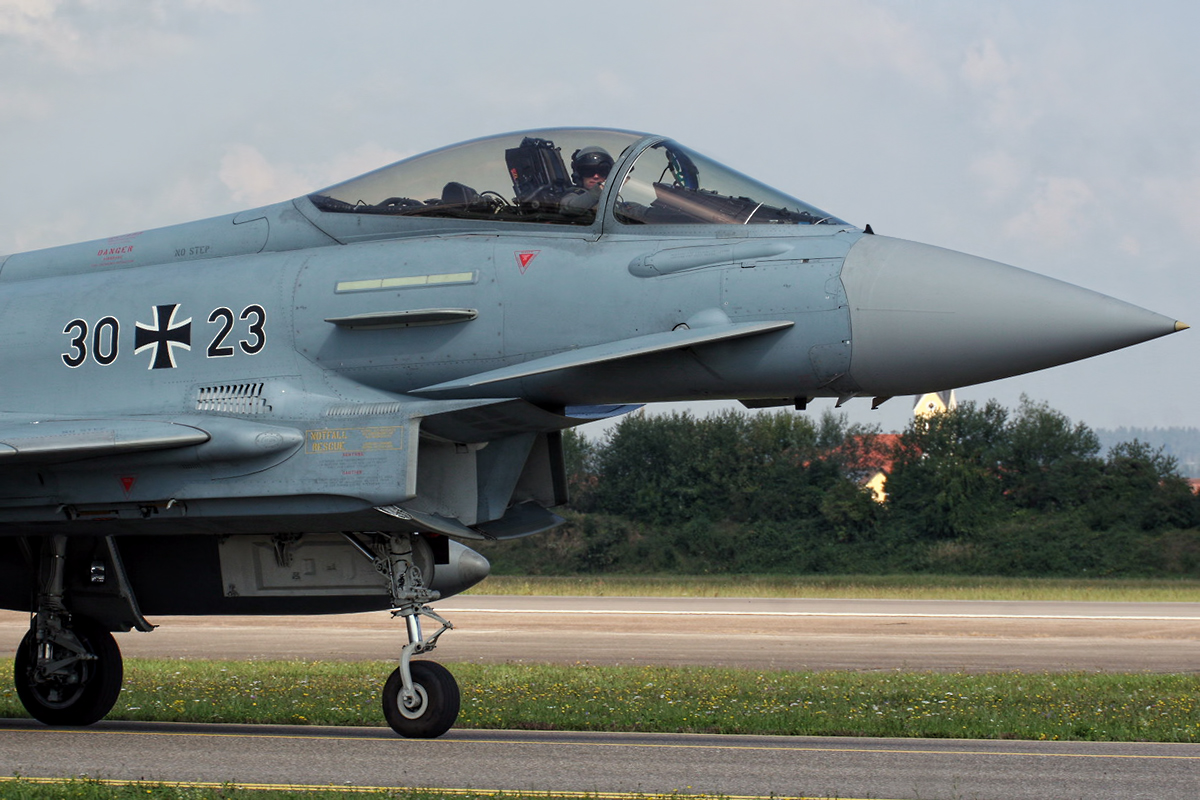 Issues around overseas companies gaining access to Royal Naval tenders has led to questions being asked on the government’s definition of a ‘warship’. The solid support ship fleet, which is not classed as a warship but fulfills vital logistical roles and has helicopter flight decks, will therefore be eligible for foreign production.

The security arrangements of defectors residing in the UK is under review after the attempted assassination of Sergei Skripal. Sir Mark Sedwill, national security adviser, said “As we’ve seen most acutely in Salisbury… the Russians are operating aggressively just below the level of armed conflict and that affects our national security.”

It’s been claimed that only 4 of Germany’s 128-strong Eurofighter fleet are combat ready. The German Defence Ministry has confirmed that some of its planes are currently grounded owing to technical difficulties, but would not reveal the number affected. The German military has complained that not enough funds have been allocated over the past many years and that they are finding it difficult to be expected to be deployed overseas while maintaining old, or buying new, equipment.

President Emmanuel Macron of France is organising a ‘coalition of the willing’ which is designed to work together in emergency situations, as well as being a means of keeping UK forces involved in European defence activities. There has also been some suspicion over this as a possible rival to the recently-announced EU PESCO security organisation.

Russia has had a 17% decline in defence spending from the previous year, most likely due to the combined issues of a drop in oil prices and Western sanctions from 2014. There has been no comment from the Russian government as of yet.

President Donald Trump has indicated he would like to see America create a new branch of the armed forces dedicated to combat in outer space. The chairperson of the House Armed Services Strategic Forces subcommittee welcomed this move, saying “Russia and China are surpassing us in Space capabilities and we need to dedicate a separate force solely with a Space mission.”

A spokesperson for the South Korean president has said that US forces will remain in the country, even after an historic peace treaty with North Korea is signed.  They said, “U.S. Forces Korea (USFK) is a matter of the South Korea-U.S. alliance. It has nothing to do with signing a peace treaty”.

Warnings have been issued to US airmen in its Djibouti base after several incidents involving high-powered lasers under 1km away from the nearby Chinese base. Several intelligence reports indicate that the Chinese are using a powerful laser in their base or based on a vessel off-shore, which has been countered by Chinese claims that the lasers may have been used as counter-drone or anti-bird deterrents.

South African defence firm Paramount Group is in talks with Saudi Arabia to allow production to take place in the Middle Eastern kingdom. Saudia Arabia is looking to produce half of its arms domestically by 2030, and Paramount has experience with establishing in-country facilities before such as in Jordan and India.

Israeli Prime Minister Benjamin Netanyahu made a rather dramatic presentation concerning Iran’s former nuclear weapons programme. This presentation would rival an Apple release presentation and many commentators believe that the presentation was aimed to US President Donald Trump. Apparently, Israeli agents stormed a warehouse in Tehran and stole tens of thousands of pages of documents and dozens of CDs.

Egypt is preparing for a large offensive into its Sinai region to destroy ISIS influence in the region. ISIS in the area has become stronger whilst its presence in Syria and Iraq has weakened, which has necessitated a large strike by the Egyptian military in cooperation with Israel.

Both India and Japan have increased military spending due to mounting tensions with China, putting India into the top 5 countries for defence spending for the first time. China’s military spending is still nearly four times that of India’s, but they do make up the first and second largest regional spenders, whilst Japan’s military spending has increased for the sixth year running. This comes as China has installed anti-ship and anti-aircraft missiles in a contested region of the South China Sea. Six countries lay claim to the area in question, but China has been reinforcing its claims with garrisons and the construction of landing strips on several reefs and small islands.

President Macron of France has met with President Malcolm Turnbull of Australia, with the French president saying he was looking forward to being an “even stronger partner” with regards to a new deal providing submarines to the Australian Navy as part of a €31 billion contract. Maritime security in the Indian and Pacific Oceans, considering China’s growing influence, was also a topic of discussion.

Purported photos of the Israeli airstrike in Hama, Syria earlier this week.

In case you missed it, here is Prime Minister Netanyahu’s presentation.