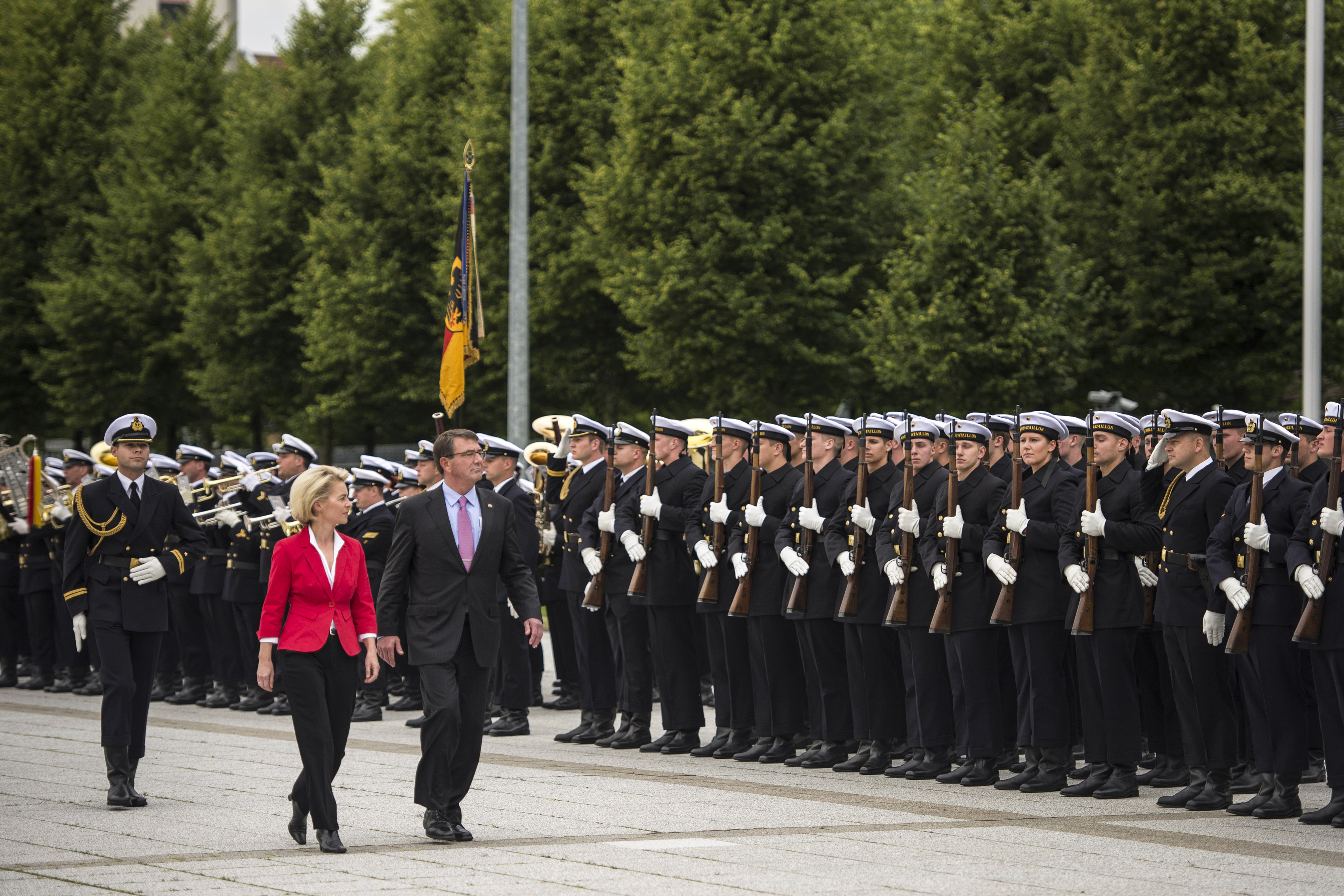 The UK’s adoption of the Boxer AFV without competition has been questioned by a parliamentary committee. The Ministry of Defence’s chief of materiel (land) said that this was done because of the vehicle’s power-to-weight ratio, the protection level it affords, high mobility and a proven service record from deployment with the German military in Afghanistan.

It now seems likely that BAE will not be part of the new jet fighter development between Airbus and Dassault, who will be jointly developing the Future Combat Air System (FCAS). However, the head of BAE’s military aircraft division said he is “absolutely convinced that we, the UK, BAE Systems, will one way or another have involvement”, a statement contradicted by a senior Airbus figure who has said it will depend on the UK’s Brexit deal.

Airbus and Dassault have formally announced their plans for a combined development of a new fighter jet (the FCAS), strengthening Franco-German security ties. Estimates put its delivery date at 2040, which will also include research and building of other new technology including drones and communications. Dassault’s chief executive Eric Trappier said “I don’t feel that if other European countries buy off-the-shelf American products that you contribute to strategic autonomy,” in reference to the current Lockheed F-35 bid with the German government.

German military spending is planned to increase by at least €1 billion, according to a new leaked plan which seeks to address shortfalls in equipment, and which comes just after allies have questioned German commitment to NATO. The details include procurement of new transport aircraft and drones as well as naval communications technology and a search and rescue helicopter. The government has refused to comment.

The German government has received multiple bids for provision of fighter jets to replace its Tornado fleet. Lockheed, Boeing and Airbus have all submitted proposals, which could have negative consequences for the recently announced FCAS development between Airbus and Dassault if the F-35 fighter jet is chosen.

There has been some confusion as to the state of a deal between France and Greece for the lease of two frigates. The Greek Defence Ministry has said an agreement has been reached for a period of five years. This has been challenged by the French Defence Minister Florence Parly who said, “it is not valid,” although that France is “at the disposal of our Greek friends to continue working even more closely.”

The United States Navy has just received its second Zumwalt-class stealth destroyer, which still requires components to be installed until it is at full readiness. The second of three planned vessels, its original use of land attack has been changed to engagement of other ships.

Lockheed’s helicopter development for the US Marine Corps is running late and may be delayed by eight months. The US Navy plans to purchase 200, but there have been a number setbacks which required addressing due to its “mission-impacting technical issues” (according to a programme review document).

Eritrea has received its first visit from a senior US official for years, in a move which may herald movement on peace talks between Ethiopia and Eritrea. Ethiopia’s Prime Minister, Abiy Ahmed, has said that he is ready for dialogue on the matter.

Saudi Arabian Foreign Minister Adel Al-Jubeir has said that Qatar should pay for US troops in Syria, or face the US withdrawal of its base (and protection), which would mean the country “would fall in less than a week” according to Al-Jubeir. This statement comes as the US search for members of a coalition to assume some of its responsibilities in Syria.

Syria’s air defences may be being bolstered by advanced Russian systems after Moscow confirmed it would be providing a new missile system for Damascus. Israel’s Defence Minister Avigdor Lieberman said of any such deployments, “What’s important to us is that the weapons defence systems that the Russians transfer to Syria are not used against us… If they are used against us, we will act against them.”

India has signed deals with the UK and Sweden for strengthening defence co-operation. Swedish company Saab is one of several companies bidding for the current Indian air force contract to replace its Soviet-era MiG fighters. The UK agreement encompasses several areas but naval and cybersecurity issues were highlighted.

French company Thales plans to increase its operation in India, especially with regards to India’s planned fleet of nuclear submarines. Thales will be supporting the ‘made in India’ government initiative, with domestic production of the F90 rifle and Search Master radar, and is also involved with modernisation of the Indian air force.

Pakistan’s Chief of Army Staff has visited Moscow after some cooling of relations with the United States, and during a period in which Russia finds itself without influence in the South Asian sphere. Russia and Pakistan signed a military cooperation agreement in 2014, and have recently held joint military exercises, last year and in 2016.

Taiwan has accused China of conducting acts of intimidation with its military exercises. This comes after a recent warning by Beijing that Teipei should not pursue recognition of formal independence.  Chinese air force live-fire drills in the area have been carried out at an increased rate, and the two sides have had frosty relations since severing official ties two years ago.

France expands their base in Niger to help support missions in Mali.

Expansion of the French air base in Niamey #Niger to host German troops in support of the #MINUSMA mission in Mali.https://t.co/kF2CMSGcPC#25eRG #Sahel #Barkhane #bastionwall pic.twitter.com/VLvTWo5jHR