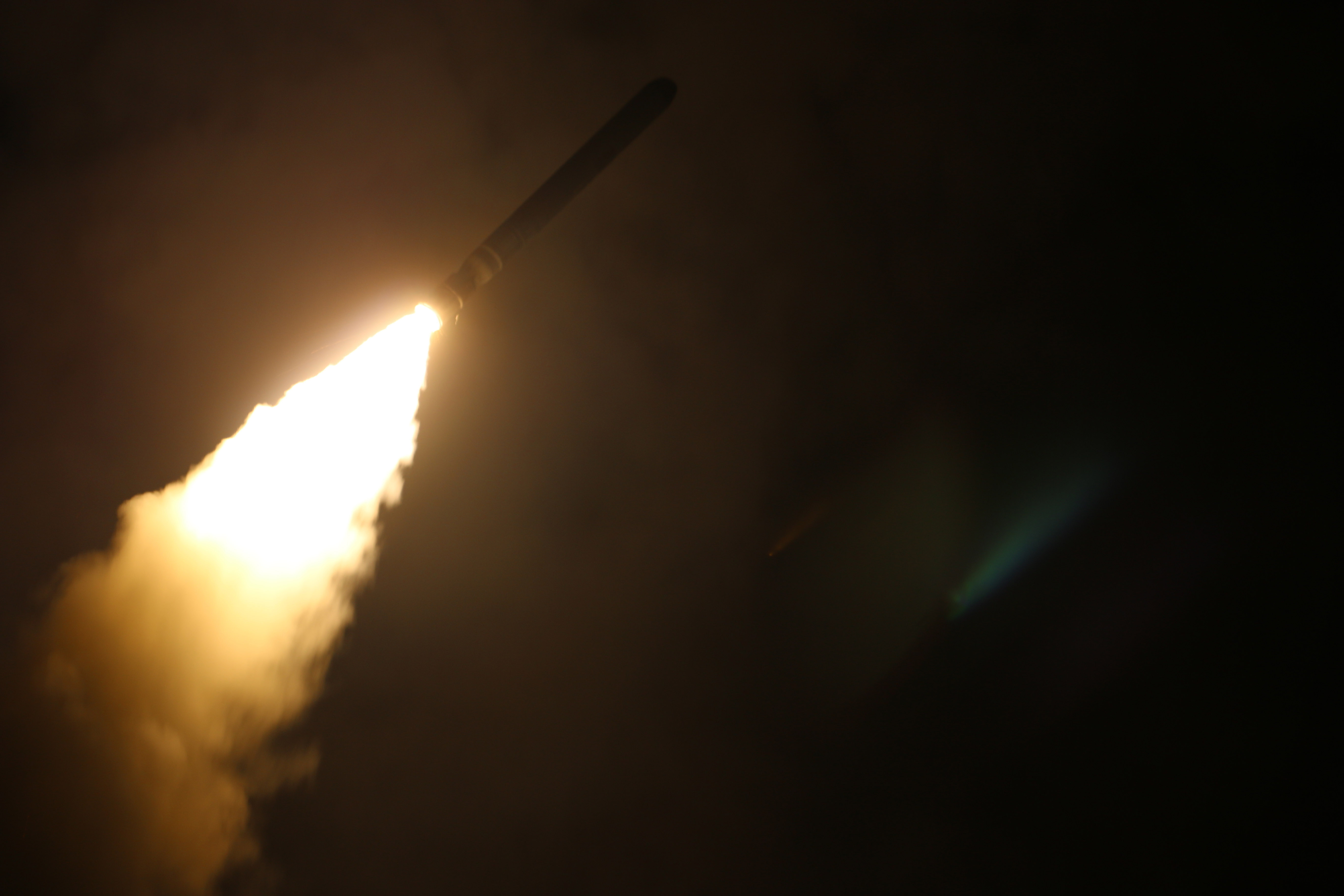 Prime Minister Theresa May authorised the use of British military forces along with French and US allies in an attack on Syrian government assets on 14th April. Royal Air Force Tornado jets participated in the joint strike on a chemical weapons facility. The decision was made early in the morning and there have been some criticism that she did so in order to avoid a parliamentary debate on further action.

The National Cyber Security Centre has issued a warning against using equipment from Chinese state-owned telecommunications company ZTE. The NCSC’s technical director said, “the national security risks arising from the use of ZTE equipment or services within the context of the existing UK telecommunications infrastructure cannot be mitigated”. This comes at the same time the US has banned American companies from selling to ZTE.

The Royal Navy are looking to retain use of the River Class patrol vessels which may be of use for enforcement of UK waters and fisheries after the UK has withdrawn from the European Union. Funds have been allocated for this purpose, although Rear Admiral Gardner has said “At the moment no decision has been taken about what their future could be. I’m keeping the ships in a state of operational readiness which means that as the future becomes a bit clearer post-Brexit”.

Lockheed has partnered with several German businesses to strengthen its bid for a German armed forces helicopter contract. The CH-53K will be competing with Boeing’s Chinook but a Lockheed spokesperson has said there will be a “very compelling flight demonstration” at the Berlin air show next week. This is in addition to the TVLS missile system which is also being negotiated with the German defence ministry, and high hopes for sales of F-35s.

French and Indian aerospace firms have signed a memorandum of understanding to promote partnership and better support in aerospace and defence, especially at a time when India is seeking to expand its number of fighter squadrons from 31 to 42.

Germany blamed Russia for a cyber-attack on its defence ministry which took place in December. German Foreign Minister Heiko Maas has said “I think it’s not only reasonable but necessary to point out that we do not view those as constructive contributions,” especially in light of some of other actions he pointed out which Russia has taken including digital interference in Western elections and events surrounding the attempted assassination of Sergei Skripal.

Canadian defence plans have been altered after it was revealed 15% of the armed forces were unfit for deployment, but could possibly continue to serve in alternative capacities. A spokesperson for the armed forces said, “As long as our injured members can still make valuable contributions to our operational effectiveness, we will employ them while they recover or until they begin their transition to life outside the military.”

The US is attempting to create a new coalition of Arab states to replace its forces currently present in Syria. The US is currently hoping to gain commitment for the proposal from several states including Egypt, Saudi Arabia and Jordan in the eventuality it withdraws its troops. Saudi Arabia has already said it would consider involvement in a contingent of other Arab states should it be required. It appears to be America’s way of trying to pull in its regional allies into the conflict in order to stifle Iranian and Russian influence in the conflict.

The United States Air Force has declared its goal to procure a new missile warning satellite within the next five years. An air force spokesperson said “We aren’t going to spend years on an analysis of alternatives. We will drive toward simplicity and use known sensor technology,” after stating they would be taking four years off the previously established development period of nine years.

The UAE has announced it will be ending its military training mission in Somalia. This move is in response to the confiscation of a UAE-registered private aircraft, and funds intended for Somali soldiers. This decline in relations has been a product of the UAE’s decision to open a new base in the separatist state of Somaliland. This also comes at a time where al-Shabaab is making in-roads in the country and has been gaining territory and influence. The UAE’s pull-out will have negative consequences in Somalia’s ongoing fight against these insurgents.

The African Land Forces Summit has convened in Abuja, where representatives from over 40 countries have gathered to discuss issues surrounding terrorism and security. The Nigerian Army Chief of Staff has said Nigeria will “continue to take a lead role fighting for the security of Africa”.

French, UK and US military forces have been used to attack Syrian government assets. The majority of the 105 missiles fired were American, although it seems likely that most valuable and sensitive Syrian assets had been relocated before the attack took place. There have been over 50 chemical weapon attacks that have been carried out by the Syrian government. It is doubtful that this airstrike will deter the Assad regime, which has to use chemical weapons as a crutch due to lack of resources and manpower.

Hassan Rouhani, the President of Iran has said in a speech on Iranian Army Day, “If there is any weapon we need, we will develop it for the most part, or procure it if necessary… we will not wait for approval from the world”. He also warned Western powers against providing further armaments for the region as it would only drive more conflict.

Saudi Arabia and Spain have signed a $2.2 billion deal for warships, with Spain providing five ships and military training. A naval construction centre would be established in Saudi Arabia as part of the deal. This is the latest military procurement deal that Saudi Arabia has penned within the past couple of weeks.

India is conducting a large military exercise, including over 1100 aircraft across different environments including its north-western and north-eastern frontiers (by Pakistan and China respectively). The exercise will include elements of cooperation with the India Navy, and is intended to “effectively address any misadventure by an adversary in our area of interest” according to a spokesperson.

China has been conducting air force exercises with its long-range bombers, including sorties to Tibet and the South China Sea. There are also reports they have circumnavigated international airspace around Taiwan, as well as over Japanese islands which China is currently is in dispute with Japan over.

Purported al-Shabaab fighters in the Hiiraan region of Somalia.