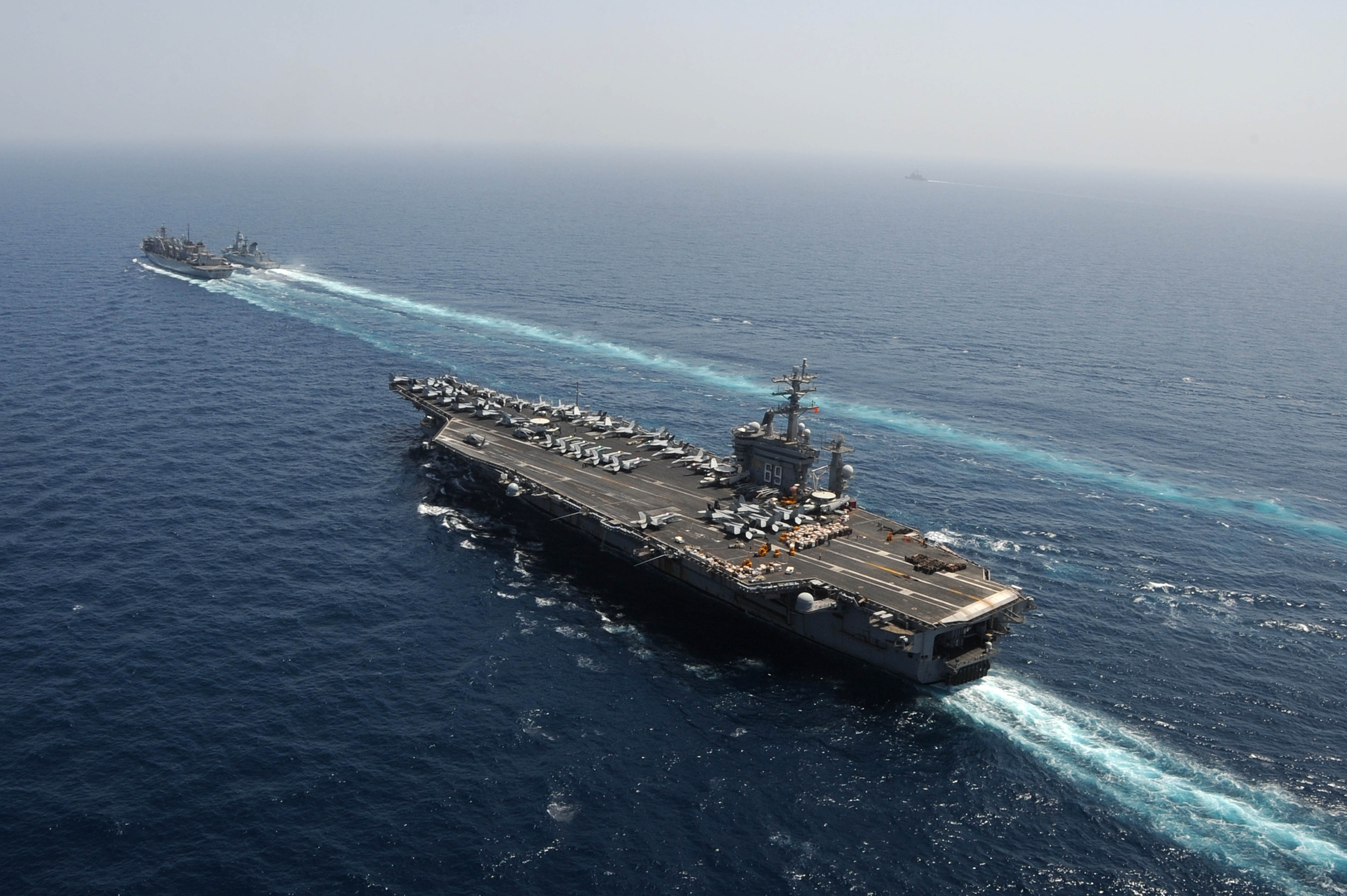 It is possible that the Prime Minister Theresa May could back UK action in Syria, though probably not without the backing of members of parliament. This would be in response to the use of chemical weapons by Syrian government forces, although the move is opposed by several MPs including opposition leader Jeremy Corbyn who says “more bombing, more killing, more war will not save life”. Reportedly, a Royal Navy submarine has already been ordered into missile range in preparation for any strikes against Syria.

The UK is set to upgrade its main assault rifle from the SA80 A2 into the A3 model, with the Mid Life Improvement project which is set to extend the weapon’s utility past 2025. Upgrades will include making the rifle lighter as well as adding brackets for “new innovative low light sights”.

German Tornado fighter jets are struggling with operating at night, owing to a delay caused by a lack of appropriate personnel to give sign-off to night-sight technology, the German Defence Ministry has confirmed. This comes as the German Ministry of Defence has suffered some criticisms that their procurement process has stalled, while bureaucrats state that they want to get it right and not have their procurement projects driven by industry. However, plans are to be announced between France and Germany at the Berlin Air Show for a joint development of a sixth generation combat aircraft. Whilst initially hoped to be a strengthening of ties between Paris and Berlin, it’s hoped that other European states will later be able to take part in the programme. France also has an aircraft development programme ongoing with the United Kingdom, which it will maintained in parallel.

French President Emmanuel Macron has stated that France has proof of chemical weapon usage in Syria. He went on to say that it would be decided “in due course” whether to react to this development with airstrikes, but that “regimes that think they can do everything they want, including the worst things that violate international law, cannot be allowed to act.”

The United States may be preparing itself for direct action in Syria, with President Donald Trump’s social media stating missile strikes “will be coming” for Syria. A White House spokesperson later said there were “a number of other options on the table, and we’re still considering a number of those”. The Defence Secretary James Mattis has said “we stand ready to provide military options if they are appropriate as the President determined,” with two US destroyers and the possibility of a submarine also within range of Syrian targets.

The US Navy’s commitment to a 355-strong fleet will not be reached with the previously expected time frame, and will in fact take up until the 2050s with current industrial forecasting. A new plan for 342 vessels by 2039 has been put forward, but is noted as being subject to a pressured industrial capacity.

The Secure World Foundation has just released its study on space security, analysing current and future trends and capabilities of global space assets. Although it mentions there has already been significant development of military applications, it also states that “widespread conflict in space is not yet inevitable”.

South Africa’s army has been reported to be currently underfunded by half. According to its own performance plan, this will seriously impact on training as well as its operational capabilities.

Saudi Arabia has downed Houthi rockets over the capital of Riyadh with its air defences. At least three rockets were launched by Houthi rebels in Yemen, among their targets being the Saudi Defence Ministry. This is the fifth time in four months that rockets have targeted Riyadh.

France has declared it will not intervene in military action by Morocco against the Polisario Front after a meeting between King Mohammad VI and President Macron.  “If the Polisario does not withdraw from the buffer zone, as provided by the ceasefire agreement, Morocco has the right to respond with firmness,” said the French Minister of Foreign Affairs.

Mahindra Defence of India has signed an MoU with ShinMaywa Industries of Japan. “This partnership between two companies familiar with the aviation business is positive especially for MRO and maintenance services in the Indian defence aerospace sector,” said Mahindra Defence Chairman SP Shukla. The aim of the agreement is to establish maintenance, repair and overhaul services in India, as well as production facilities for the ShinMaywa US-2 aircraft.

Japan has activated units of marines for the first time since World War Two, in defence of Japanese islands on the border of the East China Sea. The marines are the latest in a series of deterrence moves by Japan against its larger neighbour, which claims the islands.

Purported video of a Houthi missile fired into Saudi Arabia.

Footage of Saudi interceptors taking down a Houthi missile fired at Riyadh’s Ministry of Defense: pic.twitter.com/1Ku7yE068B

Similarities of the gas canister used in Douma emerge.